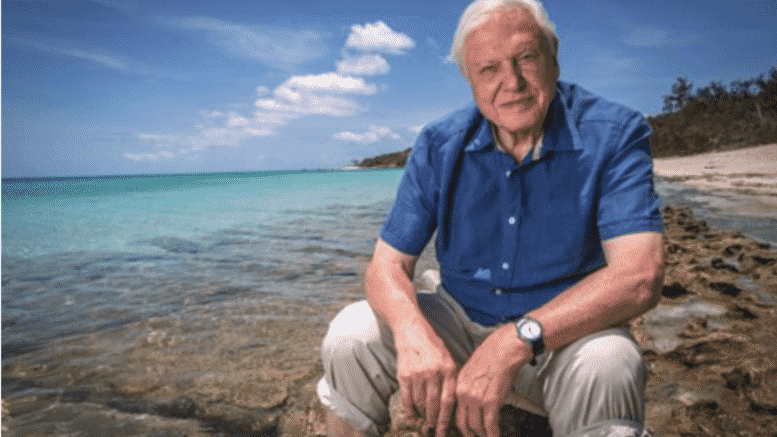 Please Share This Story!
PDF 📄
A recurring but lesser revealed theme among Technocrats is that population reduction is required to save the earth. The radical reconstruction of the world’s economic system will supposedly put things back into balance. All of this is anti-human and anti-civilization. ⁃ TN Editor

Our planet is wonderful, but it sure isn’t A Perfect Planet, as the title of David Attenborough’s latest BBC spectacular declares. To claim so is a statement of blind faith, not an observation grounded in reality. And the fact this is the central rhetorical claim of Attenborough’s latest programme is startlingly revealing, as well as misleading.

The planet is chaotic, mostly, and, to our eyes, sometimes cruel. Yes, the universe follows certain orderly laws which we understand to a high degree thanks to scientific observation. Atoms came together and formed a ball, thanks to gravity, and complex life evolved due to the process of genetic mutation and natural selection. But each mutation, atomic vibration and tectonic shift is without plan or purpose. So to call the state of the natural world ‘perfect’ at any one point in time is not only nonsensical but anti-scientific.

After all, was the Earth perfect when a meteor smashed into it, killing 99 per cent of life? Was it perfect when toxic volcanic gases spread across entire continents and blocked out the Sun for years? Was it perfect when the bubonic plague killed millions, triggering the only major fall in the human population in history? Would humanity not mobilise all of its technology and resources to fight such terrifying natural events should they happen again? Or would we declare them part of our ‘perfect planet’ and meekly succumb to fate?

Attenborough’s well-known support for reducing human-population size is perhaps one reason why he seems perfectly happy to accept huge population-reducing events as part of his ‘perfect’ planet. Others less Malthusian than Sir David might not be quite so callously accepting of nature’s ‘perfection’.

Hence we don’t accept the global coronavirus pandemic as merely another wondrous aspect of our perfect planet. Rather we recognise it as a problem nature has thrown up that we must overcome – using science and technology. And in doing so, we ourselves seek to change, perhaps even ‘perfect’ nature.

Granted, you might say I’m taking this use of language far too literally. ‘Perfect’ is just a word, right? But language matters and the BBC has been quite explicit about how it wishes to use A Perfect Planet to influence and persuade us. It has deliberately set the planet up in its very title as ‘perfect’ against the species that it thinks is ruining it.

In the final episode, Niall McCann, a biologist, conservationist and explorer, says ‘this perfect planet of ours has been thrown into a state of flux’ thanks to the human species, which has become ‘so populous and so destructive that it has become the single most influential creature on Earth’. He even tells us that a catastrophe like the one that wiped out the dinosaurs will happen again. Writer Jeremy Rifkin gives the message an economic spin, announcing that ‘our mission is not growth, growth, growth’. Unchallenged, he tells viewers what infrastructure and power sources we should build and how we should reorganise our economy to preserve this perfect planet.

The entire final episode, in fact, is not natural history at all. Instead, it features a series of activists delivering ultimatums, while Attenborough argues for an expansive array of global policy proposals. Many, such as spreading seeds in barren areas of the Amazon, seem eminently reasonable and hard to fault. But some, such as ‘financially incentivising’ foreign government involvement in developing nations, are deeply political and highly contested. And the message itself – millenarian, apocalyptic and coercive – is not without its critics, even within the environmentalist movement.

Of course your perspective may be different but nature is cruel and harsh and is not perfect and would have never been perfect – if you believe the planet is more important than people like DA believes – then he can believe it will live it perfection without us!

Superb article about this lackey to the royals who are eugenicists and no friends of humanity.. much appreciated. I wish more people understood how anti-human these elites truly are .. and recall the quote of Prince Philip regarding his desire to be reincarnated as a virus so that he could do something about the world’s overpopulation. Stunning how little regard they have for humans.

Sadly I think he’s a Plague on humanity.

Perhaps Mr. Attenborough should heed his own feelings and remove himself from the equation………..One less useless eater, eh? Oh, sorry to insult your importancy, Mr. Big.

Attenborough, of all people, knows that nature is much more cruel and inhumane than the majority of humans. Watch his films and the natural law of “eat or be eaten” is obvious. It is a constant story of being eaten alive. At least most humans have the capacity to care for other species. We just need to get rid of the power-hungry elitists, politicians, and militant leaders who start constant wars, and the billionaire oligarchs who rape the planet for ever more wealth. These are the exact sinister hypocritical individuals who are demanding that the rest of us live impoverished… Read more »

Yes penrose, if he only understood he is observing a fallen world, not the way it was created to be!

David is a globalist aligning with the elite . It.is they who churn oit products dig up the earth continue to tell each generation you need to buy and consume . Then they have to gall to say it is us who are the problem . Everyone needs to see what the world economic forum has planned for us . They do not hide it the information is for the public to see plain sight. Educate yourselves because they are going to disrupt your lives like never before . Important investigative journalists on this very topic . Alison McDowell-wrench in… Read more »

Limit your reproduction to two children max. Have tax incentives for less than two. If you have more children you are part of the problem. Besides you’ll have more freedom and more money. Have decentralized aquaponics growing fish in tanks and using the water in floating vegetable beds that need no dirt. But how will corporate sociopaths go for anything that smacks of decentralization out of their control?

Interesting that Attenborough has lived into his mid-nineties to then decide that humanity must go. Are we to assume that he is now going to dive into some volcano in an act of self erradication?

Well put. All human behaviour originates in the same place as the behaviour of any other species. The only difference is that we now act on a larger scale and have the ability to act consciously. The world is not perfect and never has been. But it is amazing and full of potential. The people who want to reduce our population, whether they realize it or not (and many do), intend to doom us to a one-planet existence. I’ve been to science fiction conventions that have had numerous panel discussions on whether it’s immoral for us to colonize other planets.… Read more »

The problem wholeheartedly is Darwinism/New Age. They cannot prove it, but what does it teach in all it’s glory? It teaches survival of the fittest, that man (them) are evolving into godhood, and we are in the way. I heard someone quote what “New Ager Barbara Marx Hubbard cofounder and president of the Foundation for Conscious Evolution. Hubbard theorized that humanity was on the threshold of a quantum leap. This is New Age, great reset by the way. If newly emergent scientific, social and spiritually capacities were integrated to address global crisis. She said, “One fourth of humanity must be… Read more »

Corporations are the plague on earth.

Patrick. Please point to the planet more perfect than ours to harbour life. If you cannot, then do stop pouring cold water on this with your much ado about nothing. This is world is as perfect as it gets – and this series telling us truly radical action is required doesn’t actually go far enough. It is a fool’s game trying to shoehorn the square peg of old capitalism, economic and social structures into the only round hole in which we can ultimately survive and not utterly wreck what remains of our biome. “…it think is ruining it.”???? Are you… Read more »

No discussion about population should be taken seriously if it chooses to ignore race.

This guy needs to kill himself to set the example.

Well to quote Oprah in an interview, she referring to older white people, said “they need to die!” Isn’t that interesting as she made her billions off of older white women! I say Oprah ~ you go first, k?

And you dear, Sir David Attenborough are one of the very worse parts of your imagined plague of humanity. You obviously have no clue there is a creator God and that His purposes are good and perfect. All the pity, you are the one who is clueless and just looking at you and your age, you will in the rather near future find out how clueless you have been! Time to get a clue before it is too late, after death there is no changing your future. REPENT AND ACCEPT JESUS, TODAY!

Well, Attenborough is actually right. Good to see someone looking himself in the mirror.
You have been nothing but a pain in the arse for humanity your whole life Attenborough.