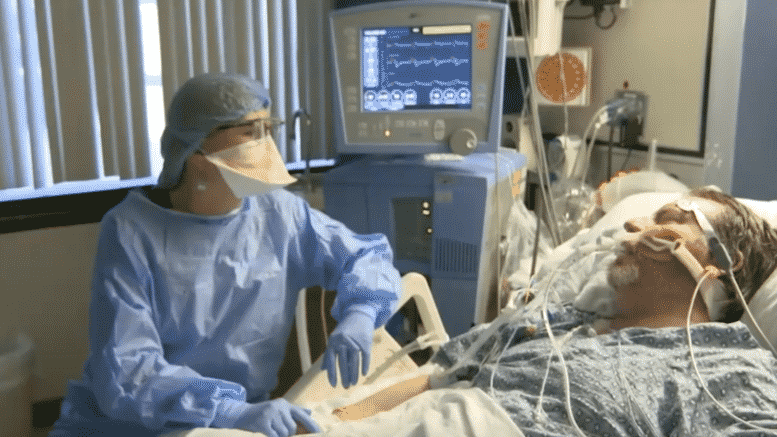 Please Share This Story!
PDF 📄
Fingers of blame are pointing everywhere but to SARS-CoV-2 and mRNA injections which have proven to be ineffective in protecting recipients from getting COVID or if they do, from having serious symptoms. Even as compelling research is released. Big Pharma deflects critics as conspiracy theorists or domestic extremists. ⁃ TN Editor

Life expectancy in the United States fell by nearly two years in 2020 to about 77 years amid the COVID-19 pandemic, the sharpest drop compared to 19 other high-income countries, according to a recent analysis.

The decline of 1.87 years in life expectancy for 2020 was far higher than the mean reduction of 0.57 years in 19 peer countries, including Canada, France, Germany, Denmark and South Korea. No country experienced a decrease as steep as that of the United States, according to the analysis, which was published as a preprint on the medRxiv website.

U.S. COVID-19 mortality and excess deaths were among the highest in the world and the virus was the third leading cause of death in the United States in 2020, after heart disease and cancer.

Based on provisional 2021 data, U.S. life expectancy fell even further last year, to an estimated 76.60 years.

Authors of the study said the United States mismanaged the federal, state and local responses to the COVID-19 pandemic at the start, contributing to higher death rates than those in other countries. The pandemic response exacerbated the life expectancy gap between the U.S. and its peers.

“The fact the U.S. lost so many more lives than other high-income countries speaks not only to how we managed the pandemic but also to more deeply rooted problems that predated the pandemic,” said Steven H. Woolf, one of the study authors and faculty at Virginia Commonwealth University.

“U.S. life expectancy has been falling behind other countries since the 1980s, and the gap has widened over time, especially in the last decade,” he said.