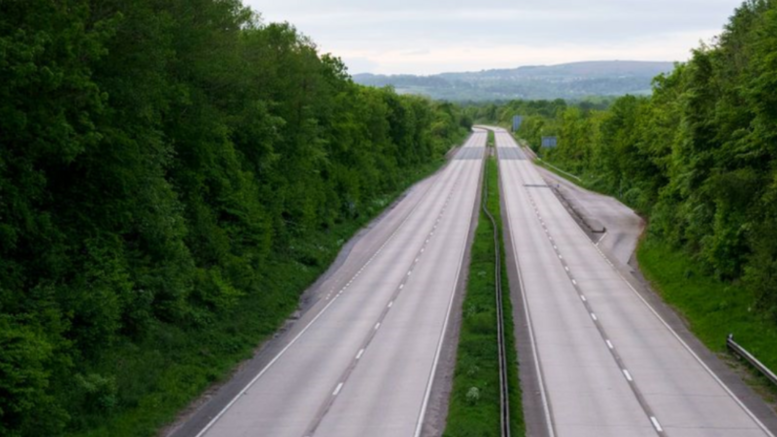 Please Share This Story!
PDF 📄
The Great Panic of 2020 was perpetrated by the same climate alarmists who drove the global warming panic. Now, with success in shutting down economic activity, they are proposing dystopian “Climate Lockdowns”. ⁃ TN Editor

Do you think it can’t get much worse than COVID-19 lockdowns?

An establishment-connected lefty professor says that in “the near future, the world may need to resort to lockdowns again — this time to tackle a climate emergency.”

“Under a ‘climate lockdown,’ governments would limit private-vehicle use, ban consumption of red meat, and impose extreme energy-saving measures, while fossil-fuel companies would have to stop drilling,” writes Mariana Mazzucato, a professor at the Economics of Innovation and Public Value Center at University College London, in a paper titled “Avoiding a Climate Lockdown.”

The title of her paper is very misleading. She believes climate lockdowns will be necessary unless we “overhaul our economic structures and do capitalism differently.”

Three obstacles to overhaul must be removed, she says, “business that is shareholder-driven instead of stakeholder-driven, finance that is used in inadequate and inappropriate ways, and government that is based on outdated economic thinking and faulty assumptions.” She is really talking about fascist economics, where governments set the policies of “private” sector firms:

[G]overnment assistance to business must be less about subsidies, guarantees, and bailouts, and more about building partnerships. This means attaching strict conditions to any corporate bailouts to ensure that taxpayer money is put to productive use and generates long-term public value, not short-term private profits…Because markets will not lead a green revolution on their own, government policy must steer them in that direction. This will require an entrepreneurial state that innovates, takes risks, and invests alongside the private sector.

From The New York Times:

Her message has appealed to an array of American politicians. Senator Elizabeth Warren, Democrat of Massachusetts…has incorporated Dr. Mazzucato’s thinking into several policy rollouts, including one that would use “federal R & D to create domestic jobs and sustainable investments in the future” and another that would authorize the government to receive a return on its investments in the pharmaceutical industry. Dr. Mazzucato has also consulted with Representative Alexandria Ocasio-Cortez, Democrat of New York, and her team on the ways a more active industrial policy might catalyze a Green New Deal…

Even Republicans have found something to like. In May[2019], Senator Marco Rubio of Florida credited Dr. Mazzucato’s work several times in “American Investment in the 21st Century,” his proposal to jump-start economic growth. “We need to build an economy that can see past the pressure to understand value-creation in narrow and short-run financial terms,” he wrote in the introduction, “and instead envision a future worth investing in for the long-term.”..

[A] charismatic figure in a contentious field that does not generate many stars — she was recently profiled in Wired magazine’s United Kingdom edition…Her ideas…are finding a receptive audience around the world. In the United Kingdom, Dr. Mazzucato’s work has influenced Jeremy Corbyn, leader of the Labour Party, and Theresa May, a former Prime Minister, and she has counseled the Scottish leader Nicola Sturgeon on designing and putting in place a national investment bank. She also advises government entities in Germany, South Africa and elsewhere. “In getting my hands dirty,” she said, “I learn and I bring it back to the theory…

[S]he pointed at an announcement on her laptop. She had been nominated for the first Not the Nobel Prize, a commendation intended to promote “fresh economic thinking.” “Governments have woken up to the fact the mainstream way of thinking isn’t helping them,” she said, explaining her appeal to politicians and policymakers. A few days later, she won.

The world is full of economists with very bad ideas but Mazzucato’s central planning ideas are among the worst. She is filled with ideas that would result in the harassment of individuals and independent businesses. Combine this with the following she is garnering and it makes her extremely dangerous.

Enjoy your hamburgers while you can.

And I beheld when he had opened the sixth seal, and, lo, there was a great earthquake; and the sun became black as sackcloth of hair, and the moon became as blood;; and the stars of heaven fell into the earth, even as a fig tree castest off her figs, when she is shaken of a mighty wind. And the heaven departed as a scroll when it is rolled together; and every mountain and island were moved out of their places. And the kings of the earth, and the great men, and the rich men, and the chief captains and… Read more »

In colloquial Illuminati jargon, the climate lockdown would be called a stay dead card.

In sum, this is called fasco-Marxism.

Recall that fascism is the merger of the socialist state with co-opted crony big biz, and Nazi, or NSDAP, stood for National SOCILALIST German Workers’ Party