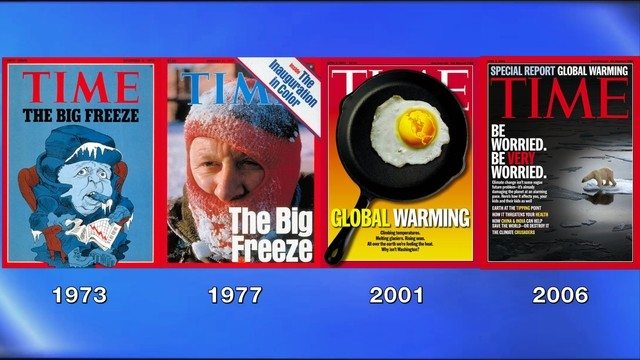 TN Note: If the hard data ever enters the temperature outlook, the global warming mantra will soon change to global cooling. Skeptics will still be called heretics, worthy of punishment if they don’t believe the establishment doctrine.

This is the fifteenth monthly update with our new Version 6.0 dataset. Differences versus the old Version 5.6 dataset are discussed here. Note we are now at “beta5” for Version 6, and the paper describing the methodology is still in peer review. 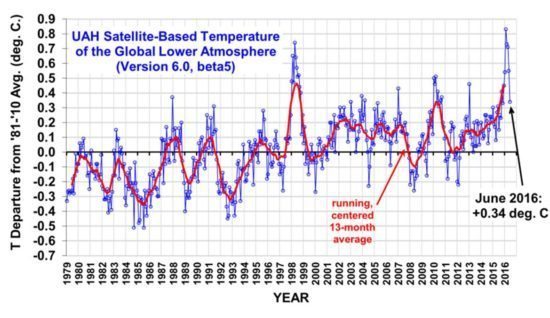 The rapid cooling is from the weakening El Nino and approaching La Nina conditions by mid-summer or early fall.

As promised just over a week ago, here’s how we are now progressing toward a record warm year in the satellite data: 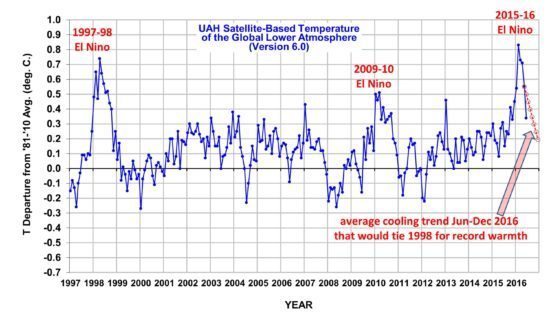 The June anomaly is well below the dashed red line which represents the average cooling rate required for the rest of 2016 to tie 1998 as the warmest year in the satellite record. So far my prediction that 2016 will end up being a new record warm year is not shaping up too well…the cooling we are seeing in the troposphere really is spectacular. Just remember, the temperature anomaly can also temporarily rebound for a month, as it did in late 1998.

Any chance this tropospheric cooling is a result of the chemtrail aerosol spraying that has been particularly heavy this year? I have read that it is designed to block the sun’s rays among other goals.