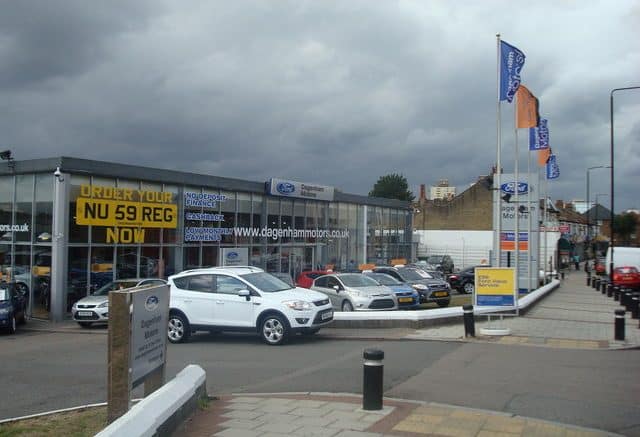 Please Share This Story!
PDF 📄
Eliminating the combustion engine is part and parcel of the Paris Climate Agreement, and England is falling in line by banning sales outright by 2040. The industrial upheaval that this will cause cannot yet be measured. ⁃ TN Editor

As part of a government strategy to improve air quality, Britain is to ban all new petrol and diesel cars and vans from 2040 amid fears that rising levels of nitrogen oxide pose a major risk to public health.

The commitment, which follows a similar pledge in France, is part of the government’s much-anticipated clean air plan, which has been at the heart of a protracted high court legal battle.

The government warned that the move, which will also take in hybrid vehicles, was needed because of the unnecessary and avoidable impact that poor air quality was having on people’s health. Ministers believe it poses the largest environment risk to public health in the UK, costing up to £2.7bn in lost productivity in one recent year.

Ministers have been urged to introduce charges for vehicles to enter a series of “clean air zones” (CAZ). However, the government only wants taxes to be considered as a final resort amid a backlash against any move that punishes motorists.

“Poor air quality is the biggest environmental risk to public health in the UK and this government is determined to take strong action in the shortest time possible,” a government spokesman said.

“That is why we are providing councils with new funding to accelerate development of local plans, as part of an ambitious £3bn programme to clean up dirty air around our roads.”

The final plan, which was due by the end of July, comes after a draft report that environmental lawyers described as “much weaker than hoped for”.

The environment secretary, Michael Gove, will be hoping for a better reception when he publishes the final document on Wednesday following months of legal wrangling.

A briefing on parts of the plan, seen by the Guardian, repeats the heavy focus on the steps that can be taken to help councils improve air quality in specific areas where emissions have breached EU thresholds.

Measures to be urgently brought in by local authorities that have repeatedly breached EU rules include retrofitting buses and other public transport, changing road layouts and altering features such as roundabouts and speed humps.

Reprogramming traffic lights will also be included in local plans, with councils being given £255m to help accelerate their efforts. Local emissions hotspots will be required to layout their plans by March 2018 and finalise them by the end of the year. A targeted scrappage scheme is also expected to be included.

Some want the country-wide initiative to follow in the footsteps of London, which is introducing a £10 toxic “T-charge” that will be levied on up to 10,000 of the oldest, most polluting vehicles every weekday.