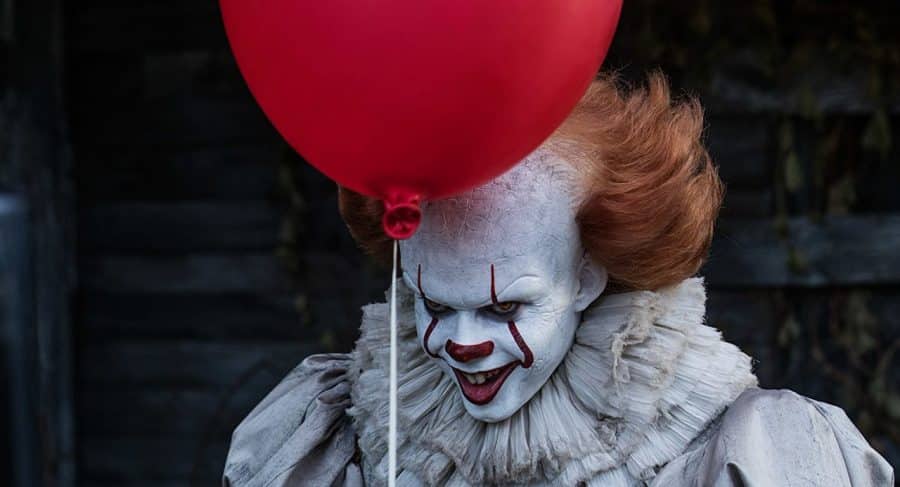 As the world gallops toward the ‘Big Reset’ suggested by the World Economic Forum and World Bank, everybody is jumping on the fear bandwagon, essentially turning the whole planet into a reality-based horror show. ⁃ TN Editor

Just when you thought things couldn’t possibly get any worse, a new report from Deutsche Bank may give you a new reason to stay up at night.

Deutsche Bank analysts, led by Henry Allen, say there is at least a one-in-three chance that at least one of four major tail risks will occur within the next decade: a major influenza pandemic killing more than two million people; a globally catastrophic volcanic eruption; a major solar flare; or a global war, MarketWatch reported.

“The solar flare possibility is one rarely discussed, perhaps because the last severe one was in 1859, but the Deutsche Bank team finds that to be more likely than a major global war,” MarketWatch explained.

“There could be major power outages as electrical power grids are disrupted, which in turn would have knock-on effects throughout the economy as critical infrastructure is unable to be run properly. Lives could be lost if it impacted hospitals and medical care. Communications would be disrupted, many payment systems would be dysfunctional, and GPS [Global Positioning System] satellites would face extensive interference, to the detriment of all the individuals and industries that rely on accurate location services, not least aircraft,” the bank’s report says.

The analysts didn’t suggest an investment strategy around their findings.

And while not exactly an end of the world forecast, one of Wall Street’s most respected firms issued its own dire forecast

Ray Dalio’s Bridgewater Associates warns that a reversal of the strong growth seen over the years in U.S. corporate profit margins could lead to a “lost decade” for equity investors, Bloomberg reported.

The margins, which have provided a big chunk of the excess return of equities over cash, could face a shift that would go beyond the current cyclical downturn in earnings, Bridgewater analysts wrote in a note to clients dated June 16.

“Globalization, perhaps the largest driver of developed world profitability over the past few decades, has already peaked,” the analysts said. “Now the U.S.-China conflict and global pandemic are further accelerating moves by multinationals to reshore and duplicate supply chains, with a focus on reliability as opposed to just cost optimization.” 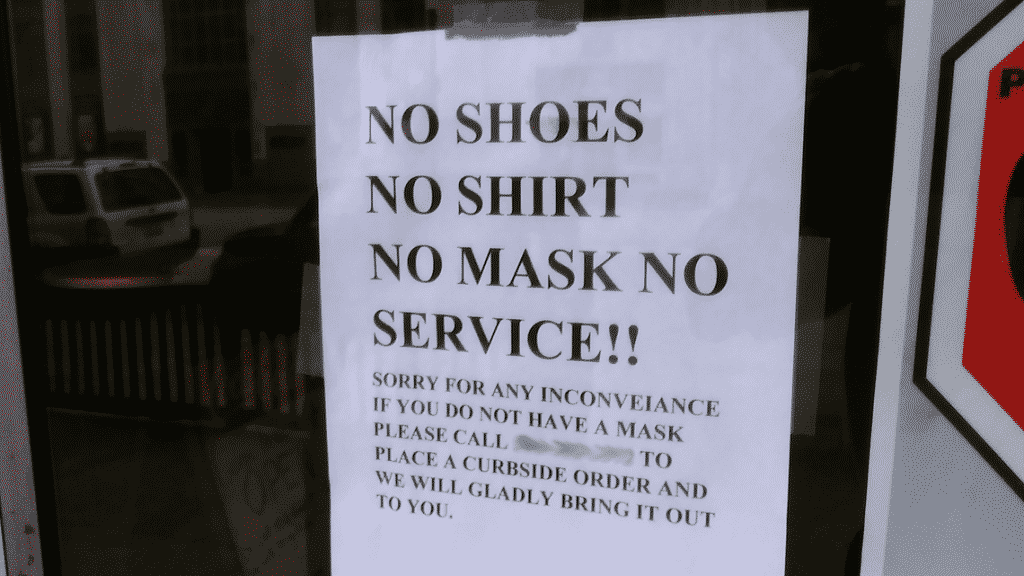 Welcome Back, Dear Customer: ‘No Mask, No Service’

Businesses that survived the lockdown are dramatically increasing their odds of failure during reopening by refusing to serve customers who do not wear masks. Customers who refuse face masks must decide to take their money elsewhere. ⁃ TN Editor

“No mask, No service” signs are popping up at all kinds of businesses as the country begins to slowly reopen after the coronavirus pandemic shutdown that began in March.

Some retail chains, like Costco Wholesale, have already started to require masks for all customers and employees.

The move follows a flood of videos on social media showing shoppers who refuse to wear face masks being confronted by store employees (and other shoppers, in some cases) who explain that customers are required to wear masks.

But can store owners legally enforce that policy? The short answer is yes, as long as they don’t discriminate against anyone on the basis of “protected classes” such as gender, race, age, disability, national origin and religion.

“All businesses have the right to refuse service so long as it is not violating one of those protected classes,” Robert Mascari, chief assistant district attorney in Madison County, New York, told Syracuse.com. “You can’t refuse to serve me because I’m half Italian and half Irish. You can refuse to serve me if I’m being an idiot.”

Constitutional law and First Amendment rights lawyers say face masks requirements are similar to “no shirt, no shoes, no service” policies or when businesses have a cash-only policy or make sales final.

If you don’t agree with a requirement or a rule that a private business has, they say the only right you have is to make the decision not to shop there.

If a customer gets angry and refuses to put on a mask, the retailer should try to avoid a confrontation and call the police instead, Ted Potrikus, executive director of the Retail Council of New York State, said. 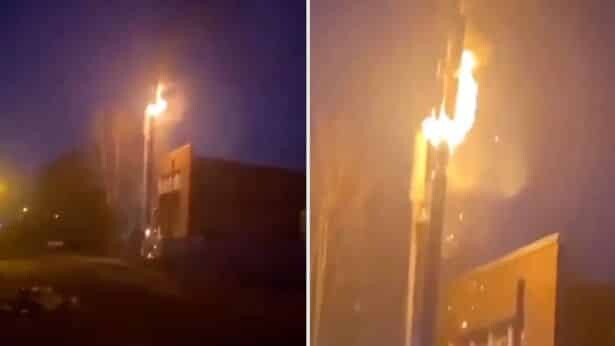 When 5G met COVID-19, it was just too much for some conspiracy-minded denizens of the Internet. Non-factual stories and rumors began to circulate and then people started vandalizing 5G towers. Although the real facts behind both 5G and COVID-19 are in plain sight, it’s always the hidden things that get the attention.

Such disinformation is often purposefully planted by bad actors such as foreign agents. More often it is born out of ignorance and fear from people who lash out at things they know little to nothing about. Whatever the source, these wild speculations make it ever so easy to discredit and obscure the truth of the matter.

In the meantime, exposing the reality behind both COVID-19 and/or 5G becomes exponentially more difficult.

Postscript: I encourage everyone to read ALL the comments at the bottom of this article before joining in the discussion. If you are someone who believes that COVID-19 and 5G are somehow connected, or that 5G caused COVID-19, then you are going to have a visceral (triggered?) reaction to this article and my analysis at the top of it. This is my desire, to show you there is no point giving free ammunition to radicals like TechCrunch, to give them opportunity to ridicule and vilify. Don’t connect dots where there are no dots. Don’t make the research of others mean something that they themselves did not state or intend. Don’t make statements without offering concrete proof that what you say is true and accurate. ⁃ TN Editor

As the U.S. and much of the world hunkers down to slow the spread of the novel coronavirus, some virus-related conspiracy theories are having a heyday. Specifically, a conspiratorial false claim that 5G technology is linked to COVID-19 gained ground, accelerating from obscurity into the rattled mainstream by way of conspiracy theorists who’d been chattering about 5G conspiracies for years.

While there is scientific consensus around the basic medical realities of COVID-19, researchers are still filling in the gaps on a virus that no one knew existed five months ago. That relative dearth of information opens the way for ideas usually relegated to the internet’s fringes to slip into the broader conversation about the pandemic — a dangerous feature of an unprecedented global health crisis.

According to Yonder, an AI company that monitors online conversations including disinformation, conspiracies that would normally remain in fringe groups are traveling to the mainstream faster during the epidemic.

A report on coronavirus misinformation from the company notes “the mainstream is unusually accepting of conspiratorial thinking, rumors, alarm, or panic” during uncertain times — a phenomenon that explains the movement of misinformation that we’re seeing now.

While the company estimates that it would normally take six to eight months for a “fringe narrative” to make its way from the edges of the internet into the mainstream, that interval looks like three to 14 days in the midst of COVID-19.

“In the current infodemic, we’ve seen conspiracy theories and other forms of misinformation spread across the internet at an unprecedented velocity,” Yonder Chief Innovation Officer Ryan Fox told TechCrunch. He believes that the trend represents the outsized influence of “small groups of hyper passionate individuals” in driving misinformation, like the 5G claims.

While 5G claims about the coronavirus are new, 5G conspiracies are not. “5G misinformation from online factions like QAnon or Anti-Vaxxers has existed for months, but is accelerating into the mainstream much more rapidly due to its association with COVID-19,” Fox said.

The seed of the false 5G coronavirus claim may have been planted in a late January print interview with a Belgian doctor who suggested that 5G technology poses health dangers and might be linked to the virus, according to reporting from Wired. Not long after the interview, Dutch-speaking anti-5G conspiracy theorists picked up on the theory and it spread through Facebook pages and YouTube channels already trafficking in other 5G conspiracies. Somewhere along the way, people started burning down mobile phone towers in the U.K., acts that government officials believe have a link to the viral misinformation, even though they apparently took down the wrong towers. “Owing to the slow rollout of 5G in the UK, many of the masts that have been vandalised did not contain the technology and the attacks merely damaged 3G and 4G equipment,” The Guardian reported.