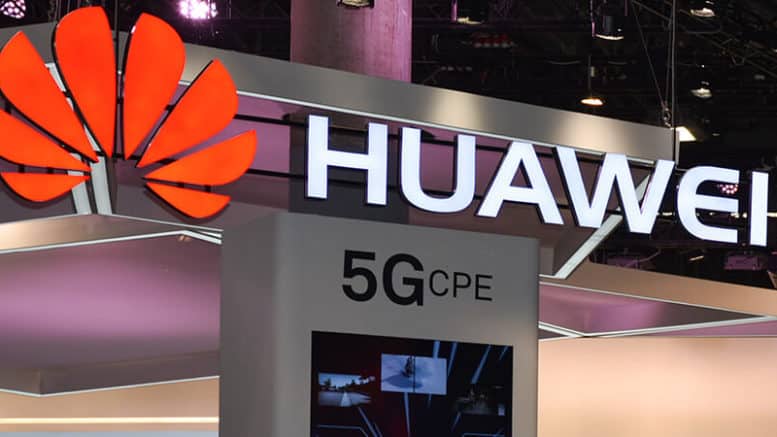 Please Share This Story!
PDF 📄
Several experts have stated that whoever gets the jump on 5G will control the world. The U.S. has no counterpart to the giant 5g tech manufacturer, Huawei, which is currently the leader of 5G hardware and software. China’s dominance will spread Technocracy to the rest of the world. ⁃ TN Editor

In a Dec. 14 op-ed for the Washington Post, former acting CIA Director Michael Morell declared that our present tangle with China is not a trade war but a tech war. If China’s flagship telecom equipment company Huawei gets the jump on the rollout of 5G internet, Morell said, China will have the capacity to monitor communications, sabotage industrial systems, and “will have a significant head start economically, in cybersecurity and in signals intelligence — i.e., in promoting its economy, protecting its secrets and stealing those of its rivals.”

That’s the least of our problems.

When U.S. intelligence officials argue against the use of Huawei equipment on security grounds, they are in effect asking our allies to buy substitutes from Nokia, in neutral Finland. Just how secure do they expect that to be? No American company still competes in that market. Cisco used to, but abandoned manufacturing in favor of more profitable, less capital-intensive software businesses.

For the past seven years, Huawei executives have traveled the world preaching the benefits of a broadband “ecosystem” — high-speed connectivity for commerce, finance, as well as manufacturing and transportation. They put on trade show extravaganzas to showcase their plans and loaded their website with details. Fifth-generation Internet, or 5G, will let you download a movie in a few seconds. It will also allow manufacturers to turn every machine, appliance, and vehicle into a “smart” tool through the so-called “Internet of things.”

At the beginning of 2018, a National Security Council memo warned: “We are losing. Whoever leads in technology and market share for 5G deployment will have a tremendous advantage towards [ . . .] commanding the heights of the information domain,” the Financial Times reported. That is correct, but it’s six years behind the curve. The U.S. revved up a campaign to dissuade its allies from using Huawei equipment well after the Chinese firm positioned itself as the dominant equipment supplier. The U.S. nearly shut down the Chinese handset maker ZTE by banning export of the Qualcomm chips that power its smartphones, in retaliation for ZTE’s violation of sanctions against Iran (eventually ZTE paid a multi-billion dollar fine and accepted tight controls). We can’t do that to Huawei. After the ZTE business, Huawei started a crash program to make itself self-sufficient in high-performance chipsets. Its Kirin chipset designed by its design subsidiary Isilicon and manufactured by Taiwan Semiconductor can do whatever Qualcomm can do.

American officials were in Berlin last week insisting that Germany keep Huawei equipment out of its networks. Britain, Australia, and New Zealand, which have close intelligence ties to the U.S., acceded to the American request. So far, Germany has brushed off American demands. Earlier today, China Dailyreported that Huawei was conducting business as usual in Europe:

Even though it faces security allegations in several developed markets, Chinese technology major Huawei said on Wednesday that its global operations remain stable, with businesses in Germany running normally and its involvement in 5G construction by French telecom operators remaining active.The comment came shortly after Huawei won a vote of faith in India, which had invited the Shenzhen-based company to conduct local 5G trials.

Analysts said the Indian government invitation and foreign companies’ willingness to use Huawei’s products highlight the trustworthiness of the company and provide a testament to Huawei’s technological prowess.

In an internal statement to employees on Wednesday, Huawei said that in addition to business in Germany and France, the company is also replying to Japanese operators’ 5G bid and actively participating in local 5G trials.

If that’s true, we are in profound trouble. I don’t expect our allies, such as they are, to back us up. A top official of a central European government told me earlier this month that virtually all the telecommunications infrastructure in central Europe is Chinese. China came in to the market at the beginning of this decade when the U.S. showed little interest in the region, and it’s too late to change. “We’ve tried to make our American partners understand this,” the official said.

Fifteen years ago Huawei stole technology (it was caught red-handed with Cisco software). Now Huawei spends $14 billion a year on R&D, as much as Microsoft. It’s the largest telecommunications equipment producer by far, and the most advanced. It’s way past stealing. It bankrupted its competitors by undercutting prices, and hired their best engineers. It’s employee-owned, with the most incentivized workforce in the world. When I visited Huawei’s brand-new, sprawling campus in Shenzhen three years ago, I passed a crowd of workers leaving the company cafeteria. “They have a mat under their desk and they’ll take a nap after lunch, because they work until 10:00 p.m.,” said my guide.

Thousands of European engineers work in Huawei’s European R&D centers. We’ll never know whether the Chinese are innovators or just adopters, because Huawei has globalized its innovation. It doesn’t rely on Chinese nationals.

Intelligence gathering is a minor sidelight in Huawei’s operations. As an investment banker for the Hong Kong boutique Reorient Group, I was present when Huawei executives pitched emerging-market governments on the merit of national broadband systems. They weren’t just selling handsets and routers. They proposed the bottom-up transformation of poor and moribund economies, where broadband would bring in e-commerce and e-finance, and sweep the underutilized people of backward countries into the world market. China has increased per capita GDP by 35 times — that’s 3,500 percent — during the past three decades, and Huawei’s ambition is to transplant the Chinese model everywhere from Moldavia to Mexico, from the Straits of Taiwan to the English channel. Huawei is China’s principle instrument for Sino-forming the Global South.

There’s nothing nice about Huawei. One of the exhibits I saw during a three-hour tour of the company’s new products showed a map of Guangdong City, with many thousands of little lights. “That’s the location of every smartphone in the city,” the guide said. “We can correlate location with Internet searches, social media posts, and online purchases.” “And what would you use this information for?”, I asked. “Oh, it’s helpful if you want to pick a location for a new Kentucky Fried Chicken,” said the guide. Huawei also services China’s techno-totalitarian dictatorship.