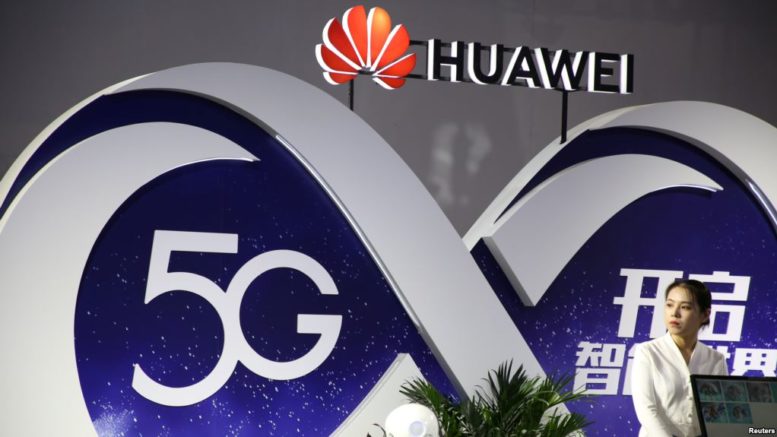 Please Share This Story!
PDF 📄
China has raced way ahead of America on setting 5G standards and hold twice as many patents as we do. Furthermore, Huawei is the leading producer of 5G-related hardware. As a Technocracy, China is pouring billions into 5G rollout because they recognize how critical it will be to implementing their Scientific Dictatorship. ⁃ TN Editor

Michael R. Wessel is a commissioner of the U.S.-China Economic and Security Review Commission, a U.S. government organization that investigates the national security implications of trade and economic relationship between the U.S. and China.

He recently discussed with VOA his concerns about China’s race to 5G, the next generation of wireless connectivity being built worldwide. With a 5G network, users will be able to send and receive more data in less time, which could have implications for self-driving cars, smart cities and other technologies.

Q: How much does it matter which country is first to fully functioning 5G?

Wessel: It does matter. First mover advantage is crucial in any new technology, but it is particularly important in 5G because it is foundational for cutting-edge innovation and applications including smart cities, network manufacturing, and integrated warfighting capability.

When standards are created, controlled, and sold by other countries, there is enhanced pressure on the U.S. to adopt those standards, which would have significant economic and national security costs.

For example, U.S. 4G leadership contributed to around $125 billion in U.S. company revenue from abroad and more than $40 billion in U.S. application and content developer revenue, and created 2.1 million new jobs from 2011-2014. And, from a national security perspective, the “control” of technologies raises unacceptable risks.

Q: How far ahead is Huawei or China on 5G?

Wessel: China’s leadership in 5G depends on how we define competition. Some U.S. companies are already offering 5G devices and are running pilot projects in select cities, so they have beat China to the punch. However, Chinese investment into 5G is vast.

In terms of 5G network build out, China is also racing ahead: China Tower, a monopoly created by the Chinese government to build the country’s 5G infrastructure, said it would likely cover the country by 2023. One estimate said China Tower built more sites in 3 months than U.S. did in 3 years. In the United States, the process is likely to take much longer, with each company handling its own networks, and will need to negotiate with local governments for tower locations.

Q: The U.S. is urging its allies to not work with Huawei in building their 5G networks out of concern that the Chinese technology giant could give the Chinese government access to the new network for spying. Some countries such as Germany say they won’t rule out working with Huawei. Why is this a problem for the U.S.?

Wessel: We tend to focus on the economic cost and not consider the national security cost of something as significant as a nationwide 5G network rollout.

Huawei products, services and activities have already raised significant concerns and our allies have to consider how much more investment they are willing to make into their technology.