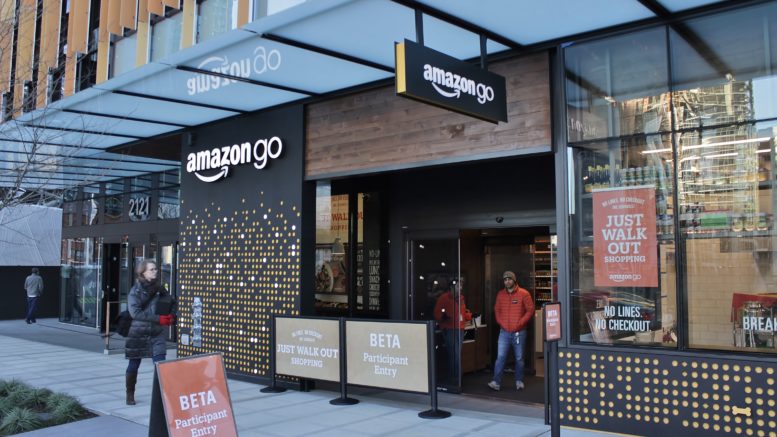 Please Share This Story!
PDF 📄
Finally, the battle line is being drawn against cashless society Technocrats. Cities are enforcing cash as legal tender and banning stores from operating if they refuse to accept cash as payment. ⁃ TN Editor

Stores that do not accept cash are on the rise, from quick-service lunch spots to Amazon’s physical stores. Not accepting cash can speed up lines or eliminate them altogether, making life easier for card-carrying consumers.

Philadelphia barred stores from choosing not to accept cash in early March, becoming the first US city to do so.

“Most of the people who don’t have credit tend to be lower income, minority, immigrants. It just seemed to me, if not intentional, at least a form of discrimination,” Philadelphia City Councilman William Greenlee told the Wall Street Journal.

New Jersey later followed with its own measure, which Governor Phil Murphy signed into law on March 18.

“This idea of ‘we don’t want to accept cash’ just marginalizes the poor, young people who haven’t established credit yet, people who prefer to pay in cash,” Assemblyman Paul Moriarty, a sponsor of the bill, told WNYC.

Lawmakers in New York City have been considering a similar measure since February, while a similar proposal in San Francisco is also on the table.

Massachusetts is something of a first mover on this issue, having barred stores from rejecting cash as payment for decades.

A ban like this would predominantly affect chic lunch spots like Sweetgreen, but also Amazon’s nascent physical store footprint. None of Amazon’s stores accept cash unless required by law.

Cash is king, I believe in choices to pay as you want to. If a store has a past breech, then pay in cash (Target, Home depot and others).