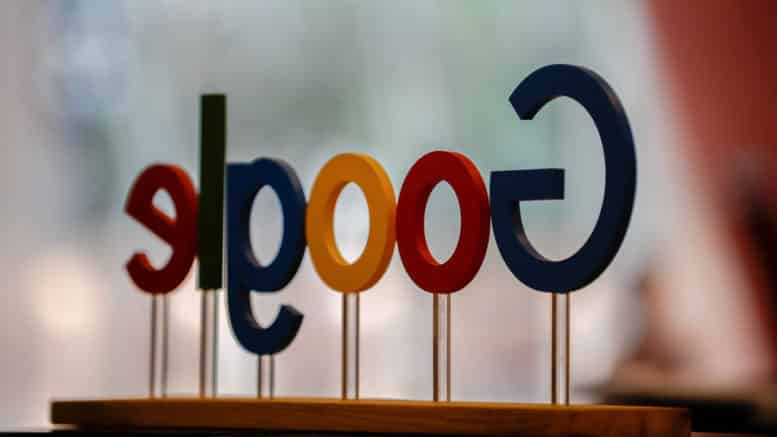 Please Share This Story!
PDF 📄
Former CEO of Google and Chairman of its parent, Alphabet, is now the Chairman of the Defense Innovation Advisory Board at the Department of Defense. Google is not an enemy of the government, or vice versa, but rather they are sharing the same bed.

Google also has been providing “geofence” data to police., which identifies people who have been in close proximity to a crime scene at the time of the crime. These are egregious violations of the U.S. Constitution, but neither Big Tech nor government care one iota. ⁃ TN Editor

Google is providing information to police based on what people are searching for, including data like IP addresses.

There are few things as revealing as a person’s search history, and police typically need a warrant on a known suspect to demand that sensitive information. But a recently unsealed court document found that investigators can request such data in reverse order by asking Google to disclose everyone who searched a keyword rather than for information on a known suspect.

In August, police arrested Michael Williams, an associate of singer and accused sex offender R. Kelly, for allegedly setting fire to a witness’ car in Florida. Investigators linked Williams to the arson, as well as witness tampering, after sending a search warrant to Google that requested information on “users who had searched the address of the residence close in time to the arson.”

The July court filing was unsealed on Tuesday. Detroit News reporter Robert Snell tweeted about the filing after it was unsealed.

Court documents showed that Google provided the IP addresses of people who searched for the arson victim’s address, which investigators tied to a phone number belonging to Williams. Police then used the phone number records to pinpoint the location of Williams’ device near the arson, according to court documents.

The original warrant sent to Google is still sealed, but the report provides another example of a growing trend of data requests to the search engine giant in which investigators demand data on a large group of users rather than a specific request on a single suspect.

“This ‘keyword warrant’ evades the Fourth Amendment checks on police surveillance,” said Albert Fox Cahn, the executive director of the Surveillance Technology Oversight Project. “When a court authorizes a data dump of every person who searched for a specific term or address, it’s likely unconstitutional.”

The keyword warrants are similar to geofence warrants, in which police make requests to Google for data on all devices logged in at a specific area and time. Google received 15 times more geofence warrant requests in 2018 compared with 2017, and five times more in 2019 than 2018. The rise in reverse requests from police have troubled Google staffers, according to internal emails.

Google said Thursday that it works to protect the privacy of its users while also supporting law enforcement.

“We require a warrant and push to narrow the scope of these particular demands when overly broad, including by objecting in court when appropriate,” Google’s director of law enforcement and information security, Richard Salgado, said in a statement. “These data demands represent less than 1% of total warrants and a small fraction of the overall legal demands for user data that we currently receive.”

The company declined to disclose how many keyword warrants it’s received in the last three years.

I’m not all that worried about finding out who searched a residence after someone has been attacked or murdered. Pretty good tool for the police. It is not a political malicious investigation and prosecution. It is about police have the tools they need for law and order.