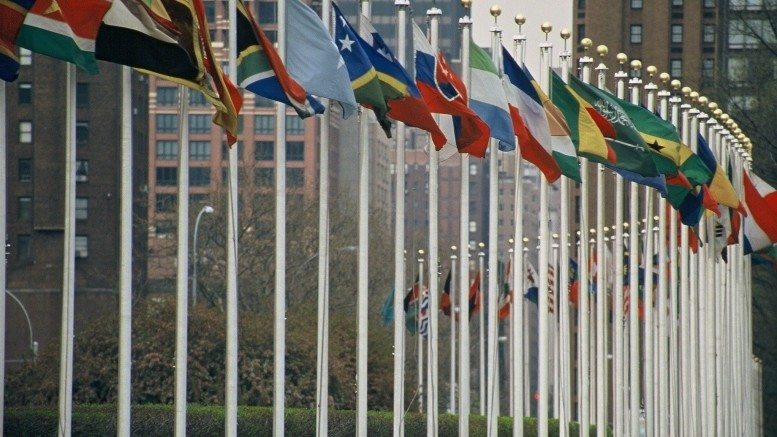 This official UN press release admits that it is expecting to need $74 trillion between 2018 and 2030 to fully implement the Sustainable Development Goals, which will also kill Capitalism and Free Enterprise once and for all. The SDGs will literally suck all of the oxygen out of the room. ⁃ TN Editor

The European Investment Bank (EIB) recently launched the Sustainability Awareness Bond, a debt product which will be used to support projects related to the UN’s Sustainable Development Goals (SDGs).

The new bond is expected to be made available by the autumn and will initially focus on projects in the water sector, based on the EIB’s previous experience in the area. This should make measuring the bond’s impact on several of the goals, of which two are directly related to water, a lot easier.

The news from the EU’s main lending institution, owned by member states, is the latest move towards accelerating sustainable finance within Europe. Last month, the European Commission launched its Action Plan towards making sustainability a key component of the financial sector.

Green bonds have been one of the key growth areas in the field, with the hope that the market could reach $1 trillion by 2020. It current stands at $150-$200 billion.

The EIB’s President, Werner Hoyer, said he hoped the bond will “launch a new dialogue on sustainable investment.”

“We want to discuss how we can contribute to raising the trillions that we know are needed to tackle poverty, raise living standards and combat disease around the world. This is also a debate about impact, transparency, and reaching out to new investors.”

It is estimated that $6 trillion a year will be needed between now and 2030 to meet the SDGs, and that around half of that is flowing already.

Valdis Dombrovskis, Vice-President of the European Commission, commented: “The European Union is leading the way in creating an international system for green and sustainable finance. The EIB is a pioneer in the area. The bank launched the world’s first green bond in 2007, and remains one of the most active green bond issuers.”