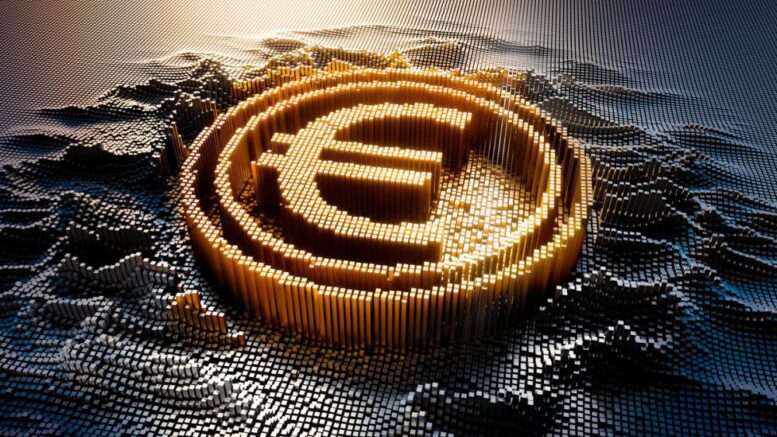 Please Share This Story!
PDF 📄
They asked for public comment. The overwhelming majority said to stuff it. In defiance of public sentiment, the response is “the European Commission will need to step up their efforts to better explain to its population how a digital euro works, to demystify some beliefs, and perhaps to show the benefits of a digital euro.” ⁃ TN Editor

he European Commission will close a public consultation on the digital euro on Tuesday (June 14), after feedback from EU citizens indicated that a central bank digital currency (CBDC) may not be as welcomed as regulators had hoped for.

A day before closing the consultation, regulators received 16,299 responses, with 98% from EU citizens, and just 0.3% from companies or 0.03% from businesses associations. The overwhelming majority of comments from EU citizens opposed the adoption of a digital euro. Many respondents argued that with a CBDC, citizens would lose privacy in their transactions and the government would have more control over their finances and eventually over their lives.

Other respondents questioned the need for additional digital money when private companies and banks are already offering digital alternatives. The risk of “printing” digital money and causing more inflation was also mentioned in some responses.

Some of the few associations that replied to the consultation showed a more positive view of the project but requested more information to have a better understanding of the CBDC.

The consultation offered valuable information, but the data should still be analyzed with caution. While the majority of respondents have a negative view of the digital euro, there were only 16,266 respondents, out of 450 million citizens in the European Union. Additionally, many of the respondents were “anonymous,” and some of the responses contained almost identical sentences, which could indicate that not all the responses came from genuine European (or non-European) citizens.

But one thing is clear: the European Commission will need to step up their efforts to better explain to its population how a digital euro works, to demystify some beliefs, and perhaps to show the benefits of a digital euro.

While this consultation is not binding for the commission — and, as the regulatory body said, does not prejudge its final decision — it won’t be able to ignore the number of submissions and general public sentiment toward the project.

The Core of the Consultation

The commission launched a public consultation on April 5 to gather information about the digital currency and to better understand how a CBDC would interact with other methods of payment.

There is an additional legal reason to conduct this consultation. For a digital euro to be used as the single currency alongside euro banknotes and coins, new regulation based on Article 133 of the European Treaty would be required, and the European Commission is the only institution that can propose this legislation. The commission’s finance chief, Mairead McGuinness, said in February that legislation for a digital euro would be proposed in 2023.

The design of the consultation doesn’t seek expert input on technical topics. Instead, it wants to get the pulse of society regarding the design of CBDCs to make informed decisions on some of the biggest policy questions. For instance, most of the questions asked the respondent to rate how important a certain CBDC element is to them (e.g., as a payment in stores, low fees, real-time settlement, etc.).

While some of the questions tried to answer broad policy questions, like how important it is for a digital euro to “provide access to public money for everyone,” “to get monetary sovereignty” or “develop the EU’s digital economy innovation,” many questions addressed the creation of pan-European payment solutions.

They can’t do it. The technology all technology is about to expire, forever.

“The commission’s finance chief, Mairead McGuinness, said in February that legislation for a digital euro would be proposed in 2023. ”

Honestly. Do you think this commission will listen to the poll taken? NO. They took it to determine just how much push-back they will need to deal with when they do as they want.