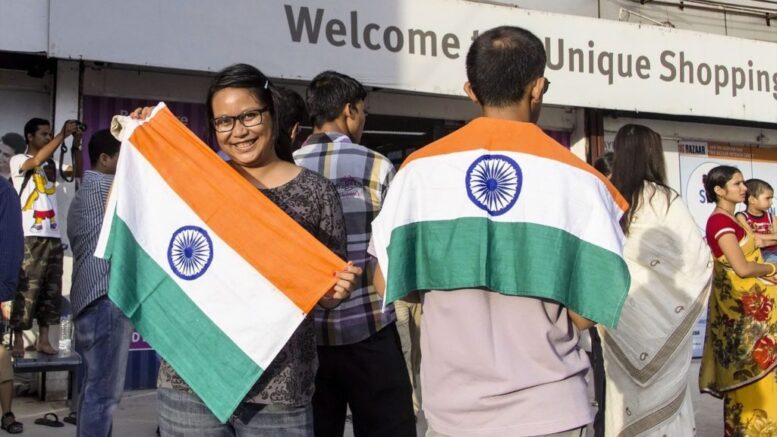 Please Share This Story!
PDF 📄
The central banks are emerging as the central column of power and control as they all are ramping  up digital currencies to replace cash. This is orchestrated by the Bank for International Settlements which sits at the top of the global banking pyramid. This will drive most smaller commercial banks out of business. ⁃ TN Editor

We recently reported that the Federal Reserve plans to launch a 12-week pilot program in partnership with several large commercial banks to test the feasibility of a central bank digital currency (CBDC). The US isn’t alone in experimenting with digital currency. India is working on developing a digital rupee and recently announced the second phase of testing.

After successfully running a pilot program to test its digital currency at the wholesale level, the Reserve Bank of India (RBI) has announced it will test the digital rupee in a retail setting.

According to the RBI, the central bank digital currency “is a legal tender issued by a central bank in a digital form. It is the same as a fiat currency and is exchangeable one-to-one with the fiat currency. Only its form is different.”

Digital currencies are similar to bitcoin and other cryptocurrencies. They exist as virtual banknotes or coins held in a digital wallet on your computer or smartphone. The difference between a government digital currency and bitcoin is the value of the digital currency is backed and controlled by the state, just like traditional fiat currency.

As the RBI put it, “Unlike cryptocurrencies, a CBDC isn’t a commodity or claims on commodities or digital assets. Cryptocurrencies have no issuer. They are not money (certainly not currency) as the word has come to be understood historically.”

According to a report in the Economic Times of India, the National Payments Corporation of India will host the platform for the digital rupee payment system during the testing phase. The Reserve Bank of India wants each commercial bank in the pilot to test retail use of the digital rupee with 10,000 to 50,000 users.

State Bank of India, Bank of Baroda, Union Bank of India, ICICI Bank, HDFC Bank, Kotak Mahindra Bank, Yes Bank and IDFC First Bank will participate in the pilot program. If the pilot is successful, the RBI will roll out the program to the entire Indian banking system.

“The e-rupee will be stored in a wallet, the denominations will be available as per the customer’s request, just like you request cash from an ATM. Banks are launching this only in select cities,” a person involved in the program told the Times.

In a concept note, the RBI touted the benefits of digital currency.

It is believed that retail CBDC can provide access to safe money for payment and settlement as it is a direct liability of the central bank. Wholesale CBDC has the potential to transform settlement systems for financial transactions and make them more efficient and secure. Going by the potential offered by each of them, there may be merit in introducing both CBDC-W and CBDC-R.”

Government-issued digital currencies are sold on the promise of providing a safe, convenient, and more secure alternative to physical cash. We’re also told it will help stop dangerous criminals who like the intractability of cash. But there is a darker side – the promise of control.

At the root of the move toward government digital currency is “the war on cash.” The elimination of cash creates the potential for the government to track and even control consumer spending, and it would make it even easier for central banks to engage in manipulative monetary policies such as negative interest rates.

Imagine if there was no cash. It would be impossible to hide even the smallest transaction from government eyes. Something as simple as your morning trip to Starbucks wouldn’t be a secret from government officials. As Bloomberg put it in an article published when China launched its digital yuan pilot program, digital currency “offers China’s authorities a degree of control never possible with physical money.”

The government could even “turn off” an individual’s ability to make purchases. Bloomberg described just how much control a digital currency could give Chinese officials.

The PBOC has also indicated that it could put limits on the sizes of some transactions, or even require an appointment to make large ones. Some observers wonder whether payments could be linked to the emerging social-credit system, wherein citizens with exemplary behavior are ‘whitelisted’ for privileges, while those with criminal and other infractions find themselves left out. ‘China’s goal is not to make payments more convenient but to replace cash, so it can keep closer tabs on people than it already does,’ argues Aaron Brown, a crypto investor who writes for Bloomberg Opinion.”

Why do you persist? Because I choose to | vulture of critique