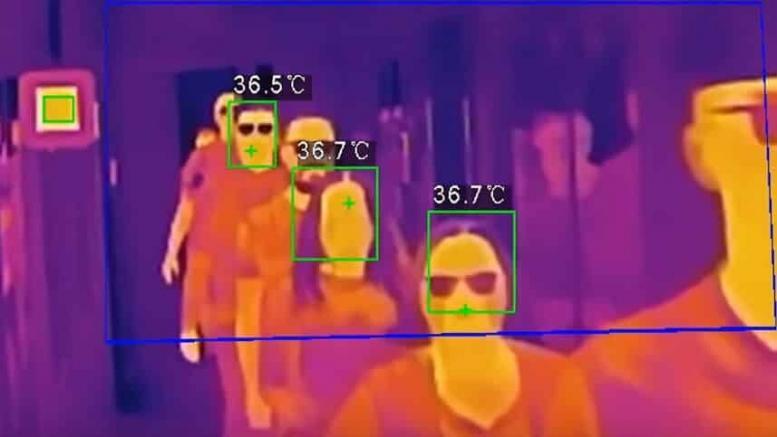 Please Share This Story!
PDF 📄
Civil Liberties advocates need to stop debating and start taking direct action to stop Big Brother from dominating all of American society. City councils, for instance, can ban all surveillance systems like this and put the brakes on snitch mentality.  ⁃ TN Editor

Last month, police departments in Daytona Beach, Fla., and Connecticut unveiled what was initially touted as a potential new tool against a pandemic: drones capable of taking a person’s temperature from 300 feet in the air.

Both agencies quickly backtracked on using the machines to track the novel coronavirus after backlash from civil liberty groups warning about the implications of a “Big Doctor” in the sky singling out people simply for running a fever, when it might be nothing more than a more common and less deadly flu.

They raised other concerns as well: Are cops supposed to be monitoring health information that is private under federal law? Are drone readings, even with sophisticated infrared sensors, a trustworthy way to protect public health without violating individual rights?

“It collects data and information on everybody without guaranteeing it’s accurate,” said Kara Gross, legislative director of the American Civil Liberties Union of Florida. “Not only that, the other people around the person may have COVID. So the information could be bad and inaccurate.”

The drones are just one example of what some civil rights advocates fear could be a looming wave of intrusive technology and constitutionally questionable measures pushed by governments — from local to state to federal — under the mission of protecting a fearful community.

Already, they point out, thermal cameras have been installed at the criminal courthouse in Miami; governors in Massachusetts and Alabama have signed executive orders telling local health agencies to give first responders the addresses of anyone who has tested positive for COVID-19. Google and Apple are working on cellphone applications that could inform someone on the other end of a call that they’re speaking with a virus carrier.

Authoritarian countries like China, already with poor human rights records, have tightened the screws further: Chinese who don’t agree to constant surveillance are forced to lock down in their homes, or face arrest.

It seems unlikely to go that far in the United States, where President Donald Trump is pressing to reopen the economy. But Gross, for one, pointed to 2001, when less than two months after terrorists struck New York City and Washington, D.C., Congress enacted the Patriot Act, which greatly expanded the nation’s surveillance laws, while reducing checks and balances like judicial oversight — despite a litany of concerns raised about an erosion of civil rights.

“We need to be very careful given our past history,” Gross said.

Computers can’t even get my grocery order correct at the check-out!!! And they want us to accept DRONES taking our temps and getting it right?? Yeah……NOT going to happen!!!!!