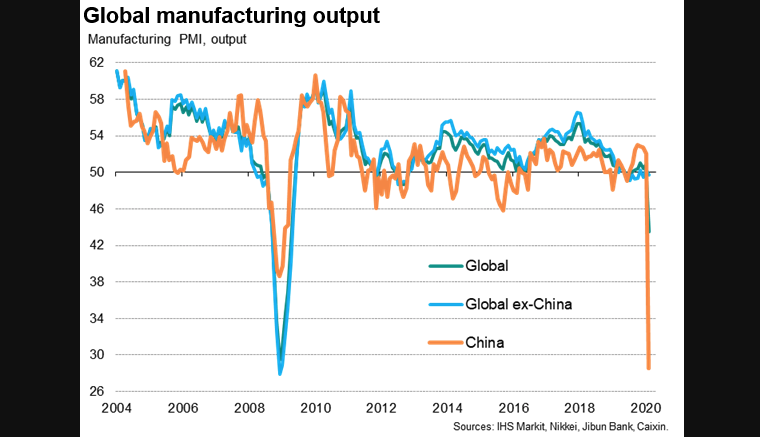 Green New Deal advocates are thrilled over the pandemic lockdown of America and the world, claiming that the 6% reduction in CO2 is just what the world needs to beat global warming. The Green New Deal, aka Technocracy, is anti-civilization and anti-human. ⁃ TN Editor

When socialist darling Rep. Alexandria Ocasio-Cortez first floated her “Green New Deal,” it was an intangible vision for society rather than a concrete policy proposal. Even after the New York Democrat and her acolytes added details (including a ban on airplanes and flatulent cows) in a voluminous range of policies costing an astounding $93 trillion, the idea of running the economy without fossil fuels seemed unthinkable.

Now, however, thanks to the pandemic lockdown of society, the public is in a position to judge what the “Green New Deal” revolution would look like. It’s like redoing this global pandemic and economic slump every year.

Environmental activists say the silver lining of the lockdown is that carbon emissions will drop by nearly 6% globally this year because of reduced travel and industrial emissions. Climate hawks such as Ocasio-Cortez call for this level of reduction every year. The United Nations Environment Programme goes even further, demanding 7.6% each year to stave off climate change.

“This is what ‘rapid, far-reaching and unprecedented changes in all aspects of society’ looks like,” prominent climate activist Eric Holthaus wrote on Twitter. “We’re doing it. It’s possible!”

“That’s the whole point of a Green New Deal,” he continued. “We can build a better world for everyone out of the ashes of the old one.”

Ocasio-Cortez, incorrectly pointing to falling oil prices as a boon to green energy, agrees that the coronavirus shutdown reflects her vision of a climate change solution.

This is intellectually unimpressive, but at least it’s honest. The socialist greens acknowledge that the meltdown and shutdown we’re enduring (with gritted teeth) is what their climate agenda entails. They’re right.

Like the current lockdown, the GND is all premised on the absolute doomsday scenario and stoking dread from the general public. “Do this or you will die, and you will kill everybody else with you for your ignorance”