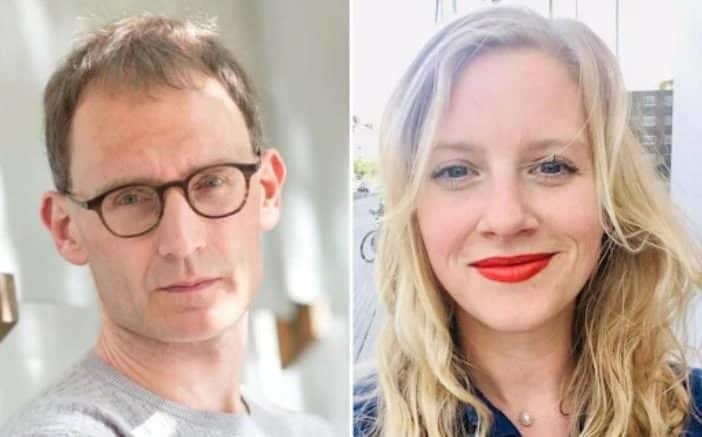 Posted By: Tyller Durden via ZeroHedge May 6, 2020

Please Share This Story!
PDF 📄
Brits love a good scandal. The professor who blithely released faulty computer models that literally wrecked the global economy, has showcased his reprobate lifestyle by ignoring lockdown rules to have an affair with someone else’s wife.

It’s not just a simple affair, however. His lover, Antonia Staats, has an “open marriage” with her own husband and is not bound to a monogamous relationship with him. Thus, she frolics with other lovers to fulfill her own lust.

Staats is also revealed to be a “left-wing” campaigner. She works for an American non-profit Avaaz, which is dedicated to global activism on issues like climate change and animal rights. Avaaz was co-founded in 2007 by the left-wing MoveOn.org.

Are you seeing a pattern emerge? ⁃ TN Editor

Professor Neil Ferguson – whose dire coronavirus predictions prompted worldwide lockdown measures still in place – broke his own advice on the need for strict social distancing to hook up with his married lover, according to the Telegraph.

On at least two occasions, Antonia Staats, 38, travelled across London from her home in the south of the capital to spend time with the Government scientist, nicknamed Professor Lockdown.

The 51-year-old had only just finished a two-week spell self-isolating after testing positive for coronavirus.

Prof Ferguson told the Telegraph: “I accept I made an error of judgment and took the wrong course of action. I have therefore stepped back from my involvement in Sage [the government’s Scientific Advisory Group for Emergencies]. –Telegraph

“I acted in the belief that I was immune, having tested positive for coronavirus, and completely isolated myself for almost two weeks after developing symptoms,” he said, adding “I deeply regret any undermining of the clear messages around the continued need for social distancing to control this devastating epidemic. The Government guidance is unequivocal, and is there to protect all of us.”

Ferguson, who resigned from his Government advisory position on Tuesday, predicted that up to 500,000 Britons and 2.2 million in the US would die without measures. Somehow, Sweden – which enacted virtually no measures to mitigate the virus. has a lower per-capita mortality rate than the UK, Italy, Spain, France, Belgium and the Netherlands – all of which enacted lockdown measures.

And while his computer models were flat-wrong, Ferguson – who leads the team at Imperial College London, has frequently appeared on media to support the lockdown and “very intensive social distancing” measures.

Of note, Ferguson and Staats hooked up on March 30 – the same day he gave a public warning that the one-week-old lockdown measures would need to remain in place until June.

Staats – a left-wing campaigner, visited again on April 8, despite telling friends that she thought her husband might have come down with coronavirus.

‘DON’T DO as I do – do as I TELL you ….’ I thought that was what the old ‘elites’ were supposed to be like. All the same I note that the old elites – and their sons – fell in battle alongside their men as their military graves bear witness. The modern ‘elites’ want to control the world from their keyboards while viewing themselves as being ‘above’ any menial restrictions. So deciding our mass vaccination fate in Britain we have Professor Whitty; who received $40 million dollars from mad Bill Gates to test malaria vaccines. We have MP Matt… Read more »