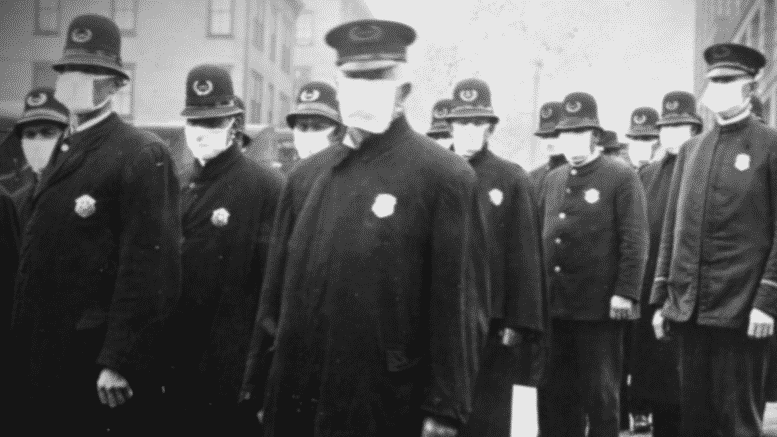 Please Share This Story!
PDF 📄
Soft propaganda has been building for decades, but the next phase of globalization is fully engaged: that is, the criminalization of dissent. All revolutions end up at this stage. Cancelling, incarcerating and ultimately killing dissenters. The markers for Technocracy’s coup d’etat are clearly visible. ⁃ TN Editor

Germany has been leading the way. For over a year, anyone questioning or protesting the “Covid emergency measures” or the official Covid-19 narrative has been demonized by the government and the media, and, sadly, but not completely unexpectedly, the majority of the German public. And now such dissent is officially “extremism.”

Yes, that’s right, in “New Normal” Germany, if you dissent from the official state ideology, you are now officially a dangerous “extremist.” The German Intelligence agency (the “BfV”) has even invented a new category of “extremists” in order to allow themselves to legally monitor anyone suspected of being “anti-democratic and/or delegitimizing the state in a way that endangers security,” like … you know, non-violently protesting, or speaking out against, or criticizing, or satirizing, the so-called “New Normal.”

Naturally, I’m a little worried, as I have engaged in most of these “extremist” activities. My thoughtcrimes are just sitting there on the Internet waiting to be scrutinized by the BfV. They’re probably Google-translating this column right now, compiling a list of all the people reading it, and their Facebook friends and Twitter followers, and professional associates, and family members, and anyone any of the aforementioned people have potentially met with, or casually mentioned, who might have engaged in similar thoughtcrimes.

You probably think I’m joking, don’t you? I’m not joking. Not even slightly. The Federal Office for Protection of the Constitution (“Bundesamt für Verfassungsschutz”) is actively monitoring anyone questioning or challenging the official “New Normal” ideology … the “Covid Deniers,” the “conspiracy theorists,” the “anti-vaxxers,” the dreaded “Querdenkers” (i.e., people who “think outside the box”), and anyone else they feel like monitoring who has refused to join the Covidian Cult. We’re now official enemies of the state, no different than any other “terrorists” … or, OK, technically, a little different.

As The New York Times reported last week (German Intelligence Puts Coronavirus Deniers Under Surveillance), “the danger from coronavirus deniers and conspiracy theorists does not fit the mold posed by the usual politically driven groups, including those on the far left and right, or by Islamic extremists.” Still, according to the German Interior Ministry, we diabolical “Covid deniers,” “conspiracy theorists,” and “anti-vaxxers” have “targeted the state itself, its leaders, businesses, the press, and globalism,” and have “attacked police officers” and “defied civil authorities.”

Moreover, back in August of 2020, in a dress rehearsal for the “Storming of the Capitol,” “Covid-denying” insurrectionists “scaled the steps of Parliament” (i.e., the Reichstag). Naturally, The Times neglects to mention that this so-called “Storming of the Reichstag” was performed by a small sub-group of protesters to whom the German authorities had granted a permit to assemble (apart from the main demonstration, which was massive and completely peaceful) on the steps of the Reichstag, which the German police had, for some reason, left totally unguarded. In light of the background of the person the German authorities issued this “Steps-of-the-Reichstag” protest permit to — a known former-NPD functionary, in other words, a neo-Nazi — well, the whole thing seemed a bit questionable to me … but what do I know? I’m just a “conspiracy theorist.”

According to Al Jazeera, the German Interior Ministry explained that these querdenking “extremists encourage supporters to ignore official orders and challenge the state monopoly on the use of force.” Seriously, can you imagine anything more dangerous? Mindlessly following orders and complying with the state’s monopoly on the use of force are the very cornerstones of modern democracy … or some sort of political system, anyway.

But, see, there I go, again “being anti-democratic” and “delegitimizing the state,” not to mention “relativizing the Holocaust” (also a criminal offense in Germany) by comparing one totalitarian system to another, as I have done repeatedly on social media, and in a column I published in November of 2020, when the parliament passed the “Infection Protection Act,” which bears no comparison whatsoever to the “Enabling Act of 1933.”

This isn’t just a German story, of course. As I reported in a column in February, The “New Normal” War on Domestic Terror is a global war, and it’s just getting started. According to a Department of Homeland Security “National Terrorism Advisory System Bulletin” (and the “liberal” corporate-media propaganda machine), “democracy” remains under imminent threat from these “ideologically-motivated violent extremists with objections to the exercise of governmental authority” and other such “grievances fueled by false narratives” including “anger over Covid-19 restrictions.”

These Covid-denying “violent extremists” have apparently joined forces with the “white-supremacist, Russia-backed, Trump-loving “Putin-Nazis” that terrorized “democracy” for the past four years, and almost overthrew the US government by sauntering around inside the US Capitol Building without permission, scuffling with police, attacking furniture, and generally acting rude and unruly. No, they didn’t actually kill anyone, as the corporate media all reported they did, but trespassing in a government building and putting your feet up on politicians’ desks is pretty much exactly the same as “terrorism.”

Or whatever. It’s not like the truth actually matters, not when you are whipping up mass hysteria over imaginary “Russian assets,” “white-supremacist militias,” “Covid-denying extremists,” “anti-vax terrorists,” and “apocalyptic plagues.” When you’re rolling out a new official ideology — a pathologized-totalitarian ideology — and criminalizing all dissent, the point is not to appear to be factual. The point is just to terrorize the shit out of people.

As Hermann Goering famously explained regarding how to lead a country to war (and the principle holds true for any big transition, like the one we are experiencing currently):

“[T]he people can always be brought to the bidding of the leaders. That is easy. All you have to do is tell them they are being attacked and denounce the pacifists for lack of patriotism and exposing the country to danger.”

Go back and read those quotes from the German Interior Ministry and the DHS again slowly. The message they are sending is unmistakeably clear. It might not seem all that new, but it is. Yes, they have been telling us “we are being attacked” and denouncing critics, protesters, and dissidents for twenty years (i.e., since the War on Terror was launched in 2001, and for the last four years in their War on Populism), but this is a whole new level of it … a fusion of official narratives and their respective official enemies into a singular, aggregate official narrative in which dissent will no longer be permitted.

Seriously, go back and read those quotes again. Global capitalist governments and their corporate media mouthpieces are telling us, in no uncertain terms, that “objection to their authority” will no longer be tolerated, nor will dissent from their official narratives. Such dissent will be deemed “dangerous” and above all “false.” It will not be engaged with or rationally debated. It will be erased from public view. There will be an inviolable, official “reality.” Any deviation from official “reality” or defiance of the “civil authorities” will be labelled “extremism,” and dealt with accordingly.

I’ll be digging deeper into “New Normal” ideology and “pathologized totalitarianism” in my future columns, and … sorry, they probably won’t be very funny. For now I’ll leave you with two more quotes. The emphasis is mine, as ever.

“These extremists have not yet been held accountable, so they continue to escalate violence against the body public … We must now summon the political will to demand that domestic terrorists face consequences for their words and actions. Our democracy and our lives depend on it … They’ve been building alliances with white supremacists, conspiracy theorists and [others] on the far right …”

“The United Nations and the highest levels of governments must take direct, even confrontational, approaches with Russia, and move to dismantle anti-vaccine groups in the United States. Efforts must expand into the realm of cyber security, law enforcement, public education and international relations. A high-level inter-agency task force reporting to the UN secretary-general could assess the full impact of anti-vaccine aggression, and propose tough, balanced measures. The task force should include experts who have tackled complex global threats such as terrorism, cyber attacks and nuclear armament, because anti-science is now approaching similar levels of peril. It is becoming increasingly clear that advancing immunization requires a counter-offensive.”

We’ll be hearing a lot more rhetoric like this as this new, more totalitarian structure of global capitalism gradually develops … probably a good idea to listen carefully, and assume the New Normals mean exactly what they say.

What you seem to be saying is that re-education after 1945 has never really worked and is now on the way out. What is your prediction?

I’m already banned from Twitter without being able to get any kind of answer as to why – just the usual garbage about community standards – and have been warned not to try to get in by the back door. I was thinking of leaving anyway and moving to other more principled platforms – which will find it very difficult to resist the “persuasion” of the billionaire monsters who are at the bottom middle and top of all of this.

Break up the Social platforms…

Things are pretty hopeless.
I may have Covid. If I were one of the few who could die from it that would be a relief.
I don’t understand anyone who is okay with the New Abnormal. The kids who commit suicide are more human than the faceless zombie mass.

Screw the left for putting us in this position. We must fight it until they are thrown out. Having a differing opinion is almost considered criminal. what happened to the FIRST AMENDMENT?