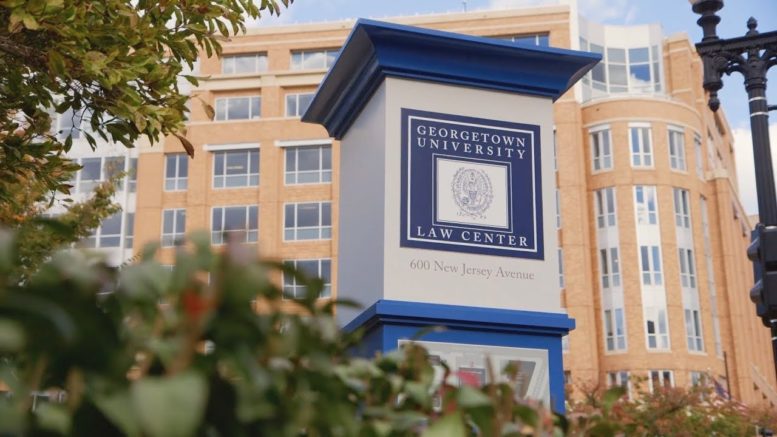 Please Share This Story!
PDF 📄
Georgetown Law lays down the total surveillance society with skilled and documented precision. Detroit and Chicago may be the first to have China-like surveillance with cameras everywhere, but more cities are close behind. Technocracy is coming, and is dangerously close. ⁃ TN Editor

Authorities in Guiyang have eyes everywhere. Thanks to a vast, sophisticated camera system blanketing this Southwest Chinese city, police are purportedly able to locate and identify anyone who shows their face in public—in a matter of minutes. They can trace where you have been over the past week. If you are a citizen they can “match your face with your car, match you with your relatives and people you’re in touch with … know who you frequently meet.”

This is a reality made possible by real-time face surveillance. Thanks to face recognition technology, authorities are able to conduct biometric surveillance—pick you out from a crowd, identify you, trace your movements across a city with the network of cameras capturing your face—all completely in secret. No longer is video surveillance limited to recording what happens; it may now identify who is where, doing what, at any point in time.

It’s tempting to think that it is a remote, future concern for the United States. But for the millions of people living in Detroit and Chicago, face surveillance may be an imminent reality. Detroit’s million-dollar system affords police the ability to scan live video from cameras located at businesses, health clinics, schools, and apartment buildings. Chicago police insist that they do not use face surveillance, but the city nonetheless has paid to acquire and maintain the capability for years.

For millions of others in New York City, Orlando, and Washington, D.C., face surveillance is also on the horizon. And for the rest of the country, there are no practical restrictions against the deployment of face surveillance by federal, state, or local law enforcement.

There is no current analog for the kind of police surveillance made possible by pervasive, video-based face recognition technology. By enabling the secret and mass identification of anyone enrolled in a police—or other government—database, it risks fundamentally changing the nature of our public spaces.

Free Speech. When used on public gatherings, face surveillance may have a chilling effect on our First Amendment rights to unabridged free speech and peaceful assembly. This is something law enforcement agencies themselves have recognized, cautioning: “The public could consider the use of facial recognition in the field as a form of surveillance …. The mere possibility of surveillance has the potential to make people feel extremely uncomfortable, cause people to alter their behavior, and lead to self-censorship and inhibition.”3

Privacy. Supreme Court Chief Justice John Roberts wrote for the majority in Carpenter v. United States: “A person does not surrender all Fourth Amendment protection by venturing into the public sphere.”4 The Court, examining police use of historic cell-site location information, noted that for the government to “secretly monitor and catalogue every single movement” of someone across time unconstitutionally violated society’s expectations about what law enforcement can and should be able to do.5

Face surveillance technology can facilitate precisely this type of tracking, locating where someone is and has been by the location of the camera that captures that person’s face. If mounted on churches, health clinics, community centers, and schools, face surveillance cameras risk revealing a person’s “familial, political, professional, religious, and sexual associations,” the very “privacies of life” that the Supreme Court in Carpenter suggested receive protection under the U.S. Constitution.6

Bias. The risks of face surveillance are likely to be borne disproportionately by communities of color. African Americans are simultaneously more likely to be enrolled in face recognition databases and the targets of police surveillance use.7 Compounding this, studies continue to show that face recognition performs differently depending on the age, gender, and race of the person being searched.8 This creates the risk that African Americans will disproportionately bear the harms of face recognition misidentification.

A sign on the side of Summit Medical Center designates it as a Green Light Partner with the Detroit Police Department (DPD). It informs the public that this women’s health care clinic is monitored by video cameras whose feeds are viewed down at DPD headquarters.9

This sign, and ones just like it at more than 500 locations across Detroit, is meant to deter crime and make residents feel safe, informing the public that the area is being watched.10

What the signs do not say is that many of these video cameras may also be connected to a face surveillance system, enabling them to record not only what is happening at a given location, but who is at that location at any given moment. DPD has purchased the capability to locate and identify anyone who has an arrest record, in real-time, using video cameras mounted across the city.11

From the perspective of quickly solving the crimes that aren’t deterred by the Project Green Light Signs, this may sound like a good thing. Police are able to more quickly identify repeat offenders and make arrests.

But face surveillance doesn’t identify crime; it identifies people. With such a system, all people caught on camera—passersby, patrons, or patients—are scanned, their faces compared against the face recognition database on file. For patients visiting Summit Medical Center to terminate a pregnancy, receive HIV treatment, counseling, or another service, this probably sounds less like a guarantee of safety and more like an invasion into a deeply personal moment in their lives.

At Odds With The Will Of The Public

“The technology is here and being used by police departments already. There’s an article … from China, just this week at a concert, where a concertgoer went and was arrested within minutes based off of facial recognition data at that concert. It is here. We have to balance public safety versus people’s Constitutional rights. That’s our job. But our job is to uphold the Constitution, the Constitution of Illinois and the Constitution of the United States. And I’ll remind people of the First Amendment of the U.S. Constitution, for the right of people to peaceably assemble.” — Rep. Tim Butler (R)

Chicago’s expansive face surveillance capabilities run counter to the strong interest in protecting citizens’ biometric data expressed by the state legislature. Illinois passed the first, and the country’s most protective, biometric privacy law in 2008. The Biometric Information Privacy Act (BIPA) guards state citizens against the collection, use, and dissemination of their biometric information without their express, written consent—but only by commercial entities.

Public agencies, such as law enforcement, are notably exempt from BIPA’s requirements. However, recent debate in the state House over a police drone bill suggests that legislators, and by extension the public, may be similarly uncomfortable with the prospect of biometric surveillance by the police. House members repeatedly voiced alarm at the prospect of the drones being equipped with facial recognition capabilities. Members characterized the prospect as “truly terrifying” and “somewhat of an Orwellian reach into crowd control”—a capability that may run afoul of the First and Fourth Amendments of the Constitution.

Nonetheless, Chicago authorities appear intent on operating at odds with the concerns that many state lawmakers have expressed regarding biometric privacy. The limited information that is available suggests that Chicago is home to the most widespread face surveillance system in the United States today. An amendment proposed last year to Chicago’s Municipal Code additionally attempted to circumvent the protections BIPA afforded to citizens. The amendment would have permitted commercial entities that have signed an agreement with police to be able to use face recognition systems to meet whatever “security needs” they may have.54

This proposal—and CPD’s secretive face surveillance system—creates a stark divide between the privacy protections for Illinois residents outside Chicago, and those within.

Think about what will happen when these surveillance systems are combined with the erasure and avatar generation technology developed by NVIDIA. Then consider that the latter two technologies will filter down to the desktop level within a couple of years. Video and photographic evidence will (hopefully) become inadmissible in U.S. courts, at least, but the possibilities for social engineering, everything from rigging financial markets and elections to triggering wars, are now on a whole new level. Did the FED chairman actually say that? Was the Congressman actually there?