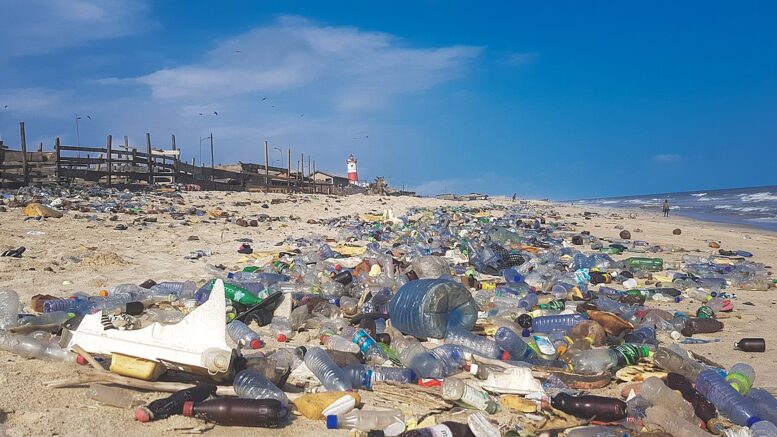 Posted By: Patrick Greenfield via The Guardian (UK) October 2, 2020

This is Hegelian dialectic on steroids. The “Pledge for Nature’ they all signed states,

Political leaders participating in the United Nations Summit on Biodiversity in September 2020, representing 76 countries from all regions and the European Union, have committed to reversing biodiversity loss by 2030. By doing so, these leaders are sending a united signal to step up global ambition and encourage others to match their collective ambition for nature, climate and people with the scale of the crisis at hand. ⁃ TN Editor

World leaders have pledged to clamp down on pollution, embrace sustainable economic systems and eliminate the dumping of plastic waste in oceans by the middle of the century as part of “meaningful action” to halt the destruction of nature on Earth.

Emmanuel Macron, Angela Merkel, Justin Trudeau, Jacinda Ardern and Boris Johnson are among 64 leaders from five continents warning that humanity is in a state of planetary emergency due to the climate crisis and the rampant destruction of life-sustaining ecosystems. To restore the balance with nature, governments and the European Union have made a 10-point pledge to counteract the damage to systems that underpin human health and wellbeing.

The commitments include a renewed effort to reduce deforestation, halt unsustainable fishing practices, eliminate environmentally harmful subsidies and begin the transition to sustainable food production systems and a circular economy over the next decade. The leaders describe the pledge as a “turning point” by which future generations will judge their willingness to act on environmental destruction.

All signatories to the Leaders’ Pledge for Nature, launched virtually in New York on Monday, have committed to putting wildlife and the climate at the heart of post-pandemic economic recovery plans, promising to address the climate crisis, deforestation, ecosystem degradation and pollution.

The announcement comes ahead of a major UN biodiversity summit on Wednesday, which will be hosted virtually from New York, and part way through negotiations on a Paris-style international agreement on nature. The speaking slots at this week’s summit are oversubscribed, with more than 116 heads of states and governments asking to address the event.

“Science clearly shows that biodiversity loss, land and ocean degradation, pollution, resource depletion and climate change are accelerating at an unprecedented rate. This acceleration is causing irreversible harm to our life support systems and aggravating poverty and inequalities as well as hunger and malnutrition,” the pledge reads.

“Despite ambitious global agreements and targets for the protection, sustainable use and restoration of biodiversity, and notwithstanding many local success stories, the global trends continue rapidly in the wrong direction. A transformative change is needed: we cannot simply carry on as before.”

The leaders also commit to ending environmental crime and cracking down on organised crime groups involved in the illicit trafficking of wildlife and timber.

Boris Johnson will speak at the pledge’s launch on Monday.

The prime minister will say: “We must turn these words into action and use them to build momentum, to agree ambitious goals and binding targets.

“We must act now – right now. We cannot afford to dither and delay because biodiversity loss is happening today and it is happening at a frightening rate. Left unchecked, the consequences will be catastrophic for us all. Extinction is forever – so our action must be immediate.”

Give it a go. Plenty of people have tried and failed and so will you. Only Jehovah God can clean up this mess and get rid of all those who don’t stand with him. Then the real clean up of the earth will take place.

Right! I can’t WAIT for that promise of a NEW earth. What a day that’ll be!

The ONLY way that they will ‘halt Earth’s destruction’ is for them to all kill themselves!! Bunch of PSYCHOPATHS!!!!

Funny how they ALWAYS blame the people, people will use what ever BIG CORPORATIONS push at them if it looks attractive, if there were no BIG CORPORATIONS making trillions from we the ‘consumers’ and polluters, we would more than likely be living WITH Nature and be just as happy if not more so and certainly healthier, So I know its the BIG Greedmerchants who need to be removed..who couldnt care less about messing up the planet as long as it brings in mega bucks and power over others, Just look at this 5G INANITY, It will even mess the Earth’s… Read more »

Wow, that’s really sad, that the US, Brazil, and China, won’t sign on. I’m worried about the rainforest, where most of it, is in Brazil, and the disappearance of it, year after year. And Brazil’s leader doesn’t seem to understand how important that area is! As for the US, with Trump supporting GMO’s, which means more of those crops grown, killing the soil, and the tons and tons of poisons that are sprayed, killing all small animals, bugs, and bees especially, and slowly killing us, I’m not surprised Trump is not a signer. (I eat all organic myself). I wonder… Read more »

Yes, there are problems but handing over our ability to make sovereign decisions to people, scientists and countries we can’t depend on for anything else is not a solution.

“A Pledge for Nature” is to worship nature. This is a religion! https://en.wikipedia.org/wiki/Nature_worship This is completely against the God of the Bible who created all things in 6 literal days, and did destroy the earth with a flood worldwide for it was full of wickedness, and saved Noah and his family only 8 people! Romans 1 comes to mind, KJV. Peter says, “Looking for and hasting (earnest desiring) unto the coming of the day of God, wherein the heavens being on fire shall be dissolved, and the elements shall melt with fervent heat. Nevertheless we, according to his promise, look… Read more »

Staying in the Paris Climate Accord would have inextricably bound us to obey the edicts of any group in the U.N. presently in power, no matter how much it hurt the U.S. and benefited other countries …. no matter how stringent the regulations were on the U.S. and lax on other countries. President Trump was a genius to keep us from enslaving ourselves. Like the empty promises made to European countries that they could leave the E.U. anytime they want, the Paris Accord would have handcuffed us to the railroad tracks of the U.N. train forever.