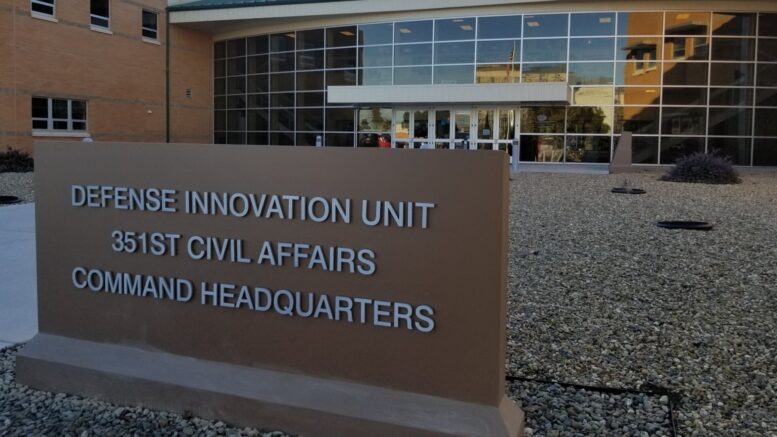 Google recently teamed up with the Pentagon as part of the new, AI-driven “Predictive Health” program. Though only focused on “predictive cancer diagnoses” for now, Google and the military have apparent plans to expand the AI model for automating and predicting Covid-19 diagnoses.

At the beginning of September, Google Cloud announced that it had won a project from the Pentagon’s relatively new Defense Innovation Unit (DIU) to “prototype an AI-enabled digital pathology solution at select DoD [Department of Defense] facilities.” This prototype, per a Google Cloud press release, combines “augmented reality telescopes” with “AI-enabled” cancer detection tools that will allegedly improve the accuracy of “predictive cancer diagnoses.” It is the second DIU contract Google has won this year, with the first being related to combatting “cyber threats.”

The initial implementation of this Pentagon-funded, Google-created “digital pathology solution” will take place “at select Defense Health Agency (DHA) treatment facilities and Veterans Affairs hospitals in the United States,” and the program includes “future plans to expand across the broader U.S. Military Health System,” according to Google.

The initiative is part of a larger DIU-led program called “Predictive Health” that is also partnered with the joint AI effort of the US military and US intelligence community, the Joint Artificial Intelligence Center, and JAIC’s “Warfighter Health” initiative. The JAIC, which is currently led by a former Silicon Valley executive, is providing much of the funding for Predictive Health, while its related “Warfighter Health” initiative more broadly seeks “to field AI solutions that are aimed at transforming military health care.”

In addition to its stated goal of improving the accuracy of cancer diagnoses, the implementation of this Google-DIU AI-driven medical diagnosis tool aims to show “frontline health practitioners” that such tools “can improve the lives” of US troops, according to Google executives. As Mike Daniels, vice president of Global Public Sector at Google Cloud, noted in a statement, Google is “partnering with DIU to provide our machine learning and artificial intelligence technology to help frontline healthcare practitioners learn about capabilities that can improve the lives of our military men and women and their families.” Google also stated that the use of their tool at military health facilities would also “lower overall healthcare costs.”

The Google-DIU effort to outsource human doctor decision-making to a tailor-made artificial intelligence algorithm is, for now, only focused on the diagnosis of cancers. However, last Thursday, less than two weeks after winning the DIU contract, Google announced that it was donating $8.5 million to several organizations to advance the development and use of AI “for monitoring and forecasting” Covid-19. That money is part of a larger $100 million donation from Google for financing “solutions” to Covid-19 that was announced in May.

Further evidence that Google soon plans to offer AI-driven “predictive diagnoses” for Covid-19 came in August, when Google Cloud partnered with Harvard’s Global Health Institute to provide “Covid-19 Public Forecasts,” which “provide a projection of Covid-19 cases, deaths, and other metrics over the next 14 days for US counties and states.” The announcement of the Google-Harvard collaboration coincided with an announcement from the National Institutes of Health (NIH) would begin “harness[ing] AI for COVID-19 diagnosis, treatment, and monitoring.”

Notably, other tech companies that have produced “predictive diagnosis” AI models for Covid-19 also began first by offering AI-created “forecasts” of “likely” Covid-19 outbreaks. For instance, the Israeli intelligence–linked Diagnostic Robotics initially offered AI-driven predictive “forecasts” of cities and districts to guide lockdown policy in Israel and the US state of Rhode Island before then teaming up with the US-based company Salesforce to develop a platform that uses AI to “predict” which individuals are likely to be diagnosed with Covid-19 and then uses AI to monitor and even “treat” those individuals.

Furthermore, in partnership with researchers at Mount Sinai healthcare centers in New York, tech giant Microsoft has already aided the development of an AI algorithm that “rapidly diagnoses” Covid-19. Mount Sinai’s AI model, supported by a recent grant from Microsoft’s “AI for Health” initiative, “was as accurate as an experienced radiologist in diagnosing the disease,” according to one of the lead researchers behind the model’s development. While its development was aided by Microsoft, the core of the Mount Sinai AI model is TensorFlow, which was developed by Google and is Google AI’s second-generation system for machine learning.

In addition, both Google and Microsoft are part of a Europe-based effort aimed at “automating diagnoses” for Covid-19 via an AI algorithm that analyzes CT scans, which is similar in several ways to the Mount Sinai AI model. Thus, it seems highly likely that Google’s efforts to offer AI-powered “predictive diagnoses” will soon expand to include tools that use algorithms to diagnose Covid-19, not just cancer.

The Merging of the Pentagon, the CIA, and Silicon Valley

Established in 2015, the Defense Innovation Unit of the Department of Defense officially exists to transfer “leading-edge commercial capabilities to the military faster and more cost-effectively than traditional defense acquisition methods” and to accelerate “the adoption of commercial technology throughout the military and [grow] the national security innovation base.” As the DIU makes clear on its website, the “national security innovation base” it seeks to “grow” consists of private tech companies, namely those based in Silicon Valley, that provide “advanced commercial solutions” to “national security challenges.” This, of course, includes the tech companies that already double as contractors for the national security state, such as Google, Microsoft, and Amazon, among numerous others.

And who doesn’t trust Google with their health?

It was predictive diagnostics that got us into this mess in the first place. There are no experts, only greed and evil. Hi Hannah!