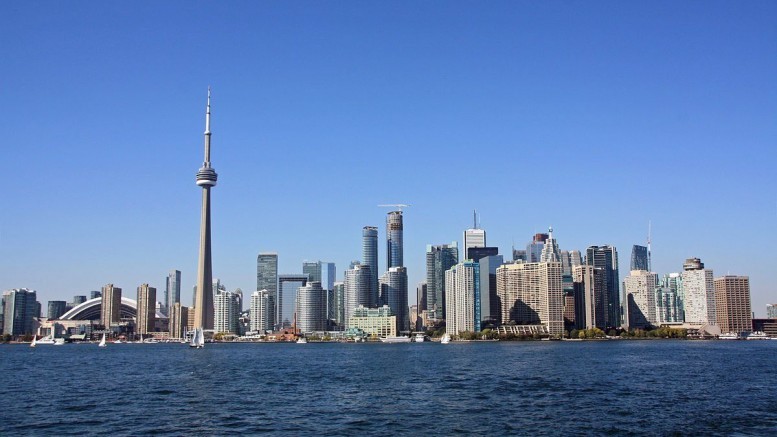 When someone comes to your city and says, “Hi, I’m from Google and I am here to fix your city!”, you should slam the door and call the police. Google has a big enough ego to think that the whole of cities are just waiting for deliverance. Not. ⁃ TN Editor

Google has its sights set on piloting its vision for the smart city of the future in Canada’s largest urban centre. But its reasons for picking Toronto are not necessarily the ones we might first assume.

Alphabet, Google’s parent company, is eyeing Toronto for its foray into digital city-building. At first glance, it makes perfect sense. After all, Toronto is Canada’s largest city and Canada is having a moment right now. The city has a lot going for it: it’s a growing metropolis, a multicultural epicentre, and a new tech hotbed.

But to understand the real reason Google is eyeing Toronto, it’s important to look at their intent and take them at their word. Google says it wants to use technology to “fix” cities. Before news of the Toronto plans leaked, the company was said to be eyeing Detroit, a city of another era, now devastated by the fallout of a crumbling auto industry.

Through that lens, the allure of Toronto as a venue for piloting a vision shifts slightly. One of the greatest appeals for Google isn’t what Toronto has built, but what it hasn’t. Namely, the city’s under-developed industrial waterfront. Even if you’ve been to the city, you may not know that this part of the city even exists; with few businesses and fewer attractions, there’s little to bring people to the area, despite its proximity to both the city centre and to stretches of Lake Ontario beach front. In other words, it is a 12-acre ghost town, inside of a growing, urban metropolis.

“Toronto has all of the conditions of being an innovative city that Google would be looking for,” says Christopher De Sousa, the Director of Ryerson University’s School of Urban and Regional Planning, adding that this “could be the catalytic spark that the city needs to get them to act on this inactive and underdeveloped area once and for all. There has been disagreement about what to do with the area for a hundred years, whether it is residential or business-driven — a smart city would bring both employment and housing — and do it in a futuristic innovative pilot model.”

The premise of Google’s smart city is appealing. A city built from the ground up promises not just the convenience that comes with new technologies, but also the potential of environmental sustainability, health benefits, and even affordability of housing. The vision entails high-speed internet access and free wifi across the hub, self-driving cars, ride-sharing, and sensors throughout that automate the way people engage with their surroundings, making everything from street lights to air conditioning smarter and more efficient.