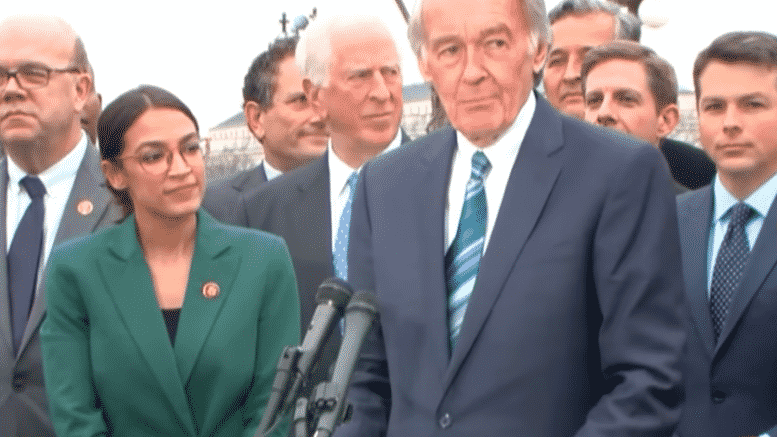 Senator Ed Markey (D-MA) stands tall with AOC’s Green New Deal, aka Technocracy, but calls for the TSA to stop facial recognition technology. Is Markey just speaking out of both sides of his mouth? Or, is he applying the Hegelian dialectic to gain supporters? ⁃ TN Editor

The federal government is ramping up the use of facial recognition technology at airports across the country, though at least one lawmaker wants the Transportation Security Agency to slow down.

During a hearing Thursday held by the Senate Committee on Commerce, Science and Transportation’s Subcommittee on Security, Sen. Ed Markey, D-Mass., brought up the coming ubiquity of facial recognition technologies and warned against moving forward without sufficient protections for the data being collected, as well as the civil liberties of travelers.

“As we work to keep pace with emerging threats to aviation travel, civil liberties cannot be an afterthought,” Markey said. “The public lacks enforceable rights and rules to protect travelers’ privacy and address unique threats that TSA’s biometric data collection poses to our civil liberties.”

Markey leveled a series of questions at Denver International Airport Chief Operations Officer Chris McLaughlin, using him as a sounding board for the senator’s concerns.

“Do you agree that any collection of Americans’ biometric information at airports should always be voluntary?” Markey asked.

“Yes, I do,” McLaughlin replied.

“Do you agree that TSA should enact enforceable rules and take all necessary steps to ensure that biometric data it collects is secure?”

“Do you agree that TSA should enact binding safeguards to ensure that its use of biometric technology does not disproportionately burden or misidentify people of color?”

“I agree with you. I agree with all of your answers,” Markey said. “We’re, however, quickly moving toward a point of no return when it comes to the deployment of facial recognition technology.”

“TSA should stop using these invasive tools in the absence of formal rules that reflect our values and protect our privacies,” he said. “I call upon the agency to formalize these rules. It’s absolutely essential. We should not be moving forward until we’ve decided what those protections are going to be.”

Sounds like BS to get supporters to me. Don’t believe a word of it without ongoing proof of his commitment. We’ll see.

I have to note here that this is the first I’ve seen AOC silent and mannerly. Of course, she’s in the presence of the power that supports her.