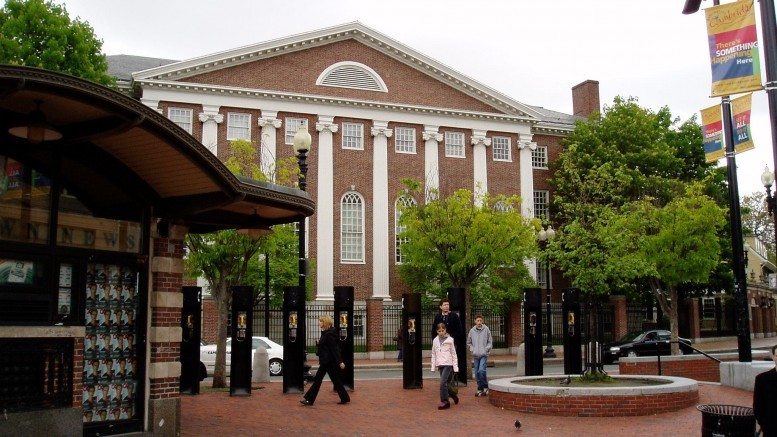 TN Note: Anyone who thinks Transhuman ideology is a joke, dream or fantasy, just doesn’t see the magnitude of the movement. Here, 150 prominent scientists, lawyers and entrepreneurs held a secret meeting at HARVARD UNIVERSITY to discuss creating new life from scratch in a lab. Yes, they think they can do it. No, they don’t want  you to know about it. Why? Because 100% of their funding will depend on being able to game the Universities, taxpayer money and corporate investment, and if the public cries out against it, they will have a hard road to get funding. In other words, they could do nothing without your money because they have no money themselves.

At Harvard Medical School in Boston, 150 hand-picked scientists, lawyers, and entrepreneurs gathered last week – in private – to discuss how to create a genome, potentially even a human one, from scratch in a lab.

Though writing an original chemical blueprint for a human being is a far-off possibility, given that the human genome has a sequence of three billion chemical pairs that make up each person’s unique DNA, the secrecy of the meeting (no tweeting, no media, invite only) alarmed some people who are worried about the ethical questions this type of genetic engineering poses. After all, synthesizing a human genome is becoming cheaper and easier with more advanced technologies.

Such a technique could make it possible, as The New York Times points out, to use a synthetic genome to create, through cloning for instance, human beings without biological parents.

“The creation of new human life is one of the last human-associated processes that has not yet been industrialised or fully commodified. It remains an act of faith, joy, and hope,” Drew Endy, a bioengineering professor at Stanford University, and Laurie Zoloth, a medical ethics professor at Northwestern University, wrote in an essay criticizing the secrecy of the meeting.

“Discussions to synthesise, for the first time, a human genome should not occur in closed rooms,” wrote the two scientists.

They pointed out that topics on last week’s meeting’s agenda included changing the human genome itself.

“For example, could scientists synthesise a modified human genome that is resistant to all natural viruses?” the authors ask.