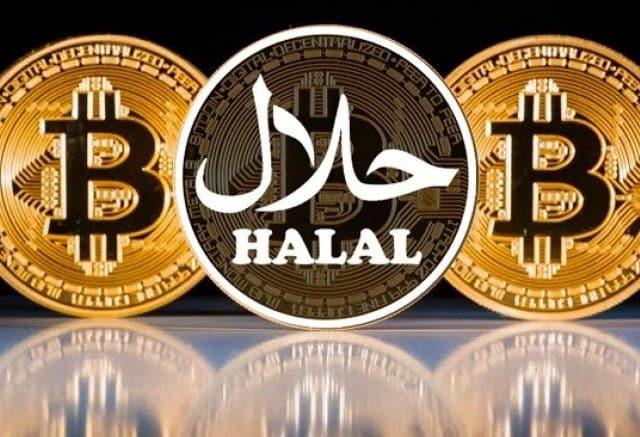 Islam approval and adoption of blockchain technology means that it is accepted to some degree by every people group in the world. Once the central banks determine exactly how their Bitcoin replacement can be rolled out, the world will be ‘captured’ for Technocracy. ⁃ TN Editor

There’s no denying that digital cryptocurrencies have captured the imagination of Gen-X’rs and millennials throughout the Western world in recent years.

But amid the excitement surrounding this new virtual money, questions have arisen about whether bitcoin and other cryptocurrency will ever evolve into a stable, reliable form of money that is accepted everywhere.

While there has been nary a peep from Christian leaders on this subject [I will explain later why they should get their heads in the game] there have been serious reservations about cryptocurrency coming from the Islamic world.

As long as the world’s fastest-growing religious-political system — now encompassing one-fifth of the world’s population – considers digital currency haram, or forbidden, it is unlikely that such a system would gain widespread global acceptance.

As recently as December a popular Saudi cleric ruled that cryptocurrencies are prohibited under Islamic Sharia law, citing their speculative nature and the ease with which the virtual coins can be used for money laundering and criminal enterprise.

“We know that bitcoins remain anonymous when you deal with it… which means that it’s an open gate for money laundering, drug money and haram (forbidden) money; you can just put it there and no one can trace you… so there is a lot of ambiguity,” said Sheikh Assim al-Hakeem on his TV program Ask Zaad. [Digital Currency ‘Forbidden in Islam,’ Rules Saudi Cleric, The New Arab, Dec. 6, 2017].

“It’s not backed by governments or central banks, so you cannot say it is a currency because no one deals with it except a handful of people [in a network on the Internet],” the Sheikh said.

But what if cyrptocurrencies now considered haram by Muslim leaders could be made halal, or acceptable, under Sharia law?

And what if I told you efforts are underway to do exactly that? 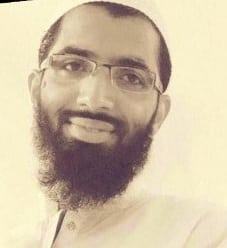 It seems all that Islamic scholars had to do was say the word, giving a few details on why they didn’t like cryptocurrencies, and the financial industry started working overtime to deliver a product that assuages their concerns.

A company called OneGram obtained a ruling that its cryptocurrency conforms with Islamic law from Dubai-based Al-Maali Consulting.

The most recent evidence of Islamic warming to the boom in bitcoin came in a 21-page paper published April 5 by Islamic scholar Mufti Muhammad Abu-Bakar, who declared that bitcoin, and cryptocurrency in general, are indeed Sharia compliant.

Where are the Christians?

Christians, who should also be concerned about the advent of digital money, are as usual asleep at the wheel. Ask your pastor if it’s OK to start trading in bitcoin and you are likely to get a blank stare.

But if we receive no guidance from our spiritual leaders, does that get us off the hook of responsibility before God?

Bible scholars have long held that a cashless system will eventually be foisted upon the world as part of an end-times “beast” system.

How else can one make sense of the dire warning in Revelation 13:17, which seems to indicate that every person on the earth will one day be barred from buying or selling unless they possess a “mark” of some kind on their hand or forehead.

Exactly what this “mark” is, nobody knows. But it seems clear that there will be some kind of tracking system capable of cataloging transactions. As long as paper money or coinage exists, it would seem impossible to nail down every single transaction, personally identifying the buyer and seller in a real-time database.

As super-computers have become more powerful, the ability to track and indefinitely store transaction data across the globe has become a reality, allowing for the first time a system like the one described in Revelation 13:17 to come into view. The only missing ingredient is the elimination of cash and a system to replace it that can gain the confidence of every nation on earth.

The other issue is speed of processing time. Under the traditional banking system, even if someone uses a debit card, it can still take several days for a transaction to be processed through the system.

Enter blockchain technology. Problem solved. Blockchains, developed by an unknown secret entity in 2009, form the basis of all digital cryptocurrencies.

Blockchain networks for bitcoin can process a transaction in real time, meaning almost instantaneously, and store the information on the buyer and seller indefinitely in a “block” of data on the internet.

This is why I believe we should view any push for nations to adopt digital currencies as potentially the linchpin that catapults the world into a truly cashless age.

The nation of Sweden has already been experimenting with a cryptocurrency. [Sweden Uses Cryptocurrency technology to Become Cashless Pioneer, by Jayanand Sagar, News BTC, October 18, 2017]

We all know that big banks have been pushing consumers in this direction for years, but with the advent of bockchain technology, it’s literally at the doorstep. And there are experts with higher financial pedigrees than myself who share my concerns. Like I said, most of them just don’t tend to be standing in Christian pulpits.

Bitcoin probably will not be the vehicle used to drive the U.S. and other countries into the cashless realm, but it is the technology behind bitcoin — the blockchain — that bears watching, says Patrick Wood, an economist and editor of Technocracy News & Trends.

“I would not say it’s bitcoin in its current form. I think if anything bitcoin was a trial run,” Wood said. “A trial run for something more centrally planned.”

Since nobody knows who invented the blockchain technology behind bitcoin, some have speculated it may have been created by Western intelligence agencies. Bitcoin’s current structure is guaranteed to eventually fall apart, because it is organized like a classic pyramid scheme, but conceptually the blockchain technology has proven a number of things. First and foremost, there is great acceptance by the public – they love it, even if they don’t understand it.

Bitcoin has grown by more than 100 percent per year since it began in 2010. The person or group behind the service is known by the pseudonym Satoshi Nakamoto, but, as Forbes points out, “the entity’s real identity is cloaked in secrecy.”

‘Safety and security’… and fast too!

So if governments pursue blockchain networks as the gateway to a cashless society, Wood believes it will come about as part of a super network where data is centrally stored.

Blockchains are already being sold to the public on the basis of their ironclad safety and security and their speed of processing time compared to traditional banking. What part of “instantaneous” and “safety” won’t appeal to the millennials? [See Forbes, 14 Things Everyone Should Know about Blockchains, by Bernard Marr, Sept. 21, 2017]

People are less likely to be robbed if the robbers know they are not able to use or sell the stolen items. That’s exactly what’s promised by blockchain technology.

A blockchain is just a database geared toward a transaction of anything of value.

Forbes explains it this way:

“Every transaction goes into a block, and each block connects to the one before and after it which amps up its security. While nothing is fully hackproof, blockchain is significantly more secure than anything else we have today.”

Ginni Rometty, the CEO of IBM, has said: “What the internet did for communications, blockchain will do for trusted transactions.” And Forbes, fleshes Rometty’s statement out further by saying “You can think of blockchain as the “internet of value.”

Now that one-fifth of the world’s population seems to be warming up to this new technology, the chances that cryptocurrencies could form the basis of a new cashless society have been magnified exponentially.

The Sneaky Agenda of Globalists - Stand Up For The Truth