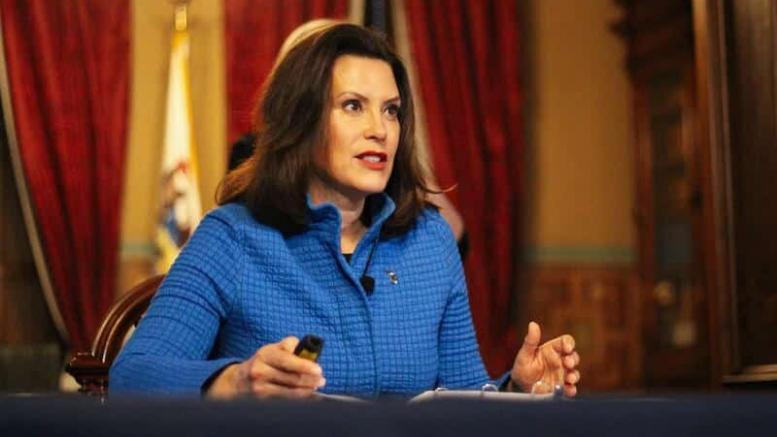 Technocrats and tyrants typically go hand in hand and tend to surface at the same time during chaotic periods like the COVID-19 pandemic. Tyrants are being identified in droves across America amongst civic leaders such as mayors, police, health officials, governors, etc. ⁃ TN Editor

The whole country is on an anxious edge. We’re dealing with a deadly virus, one we have no history with and no immunity from yet. There’s no vaccine. Tests are still spotty. It has killed more than 22,000 Americans to date and infected hundreds of thousands more. And it came from a hostile China that lied, directly resulting in all the chaos we’re dealing with. And our elites have shipped untold numbers of jobs to China over the past few decades, leaving us more vulnerable to them than we should be.

The viral chaos has also killed millions of jobs and plunged everything from our retirement savings to our toiletry needs into serious doubt. When you find toilet paper at the grocery store now you feel like you’re Indiana Jones discovering the lost ark. There are possible meat and other food shortages on the horizon. And there’s no end in sight yet. Some officials are talking about opening things up, but that’s all they’re doing so far. Talking. Meanwhile we’re still locked up in our homes, and millions worry if they’ll even be able to keep their homes and looking ahead, how we’ll feed our families. The sheer scale of the problems we face was unthinkable a few weeks ago and seemingly inescapable now.

Into this crisis has stepped not a generation of serious and sober leaders rising to the moment, but a whole bunch of opportunists who are happily flying their tinpot tyrant flag. And it needs to stop, right now. It’s making a really bad, no good and quite terrible situation even worse. Too many of our elected and unelected officials are acting like toddlers testing their boundaries.

There are the police officers who thought it was a good idea to pester a little girl shooting baskets alone in a park. She was socially distanced. She was fine. If a game of street 3-on-3 suddenly broke out, well, that’s a different story. But she was alone. So leave her alone. The police later apologized, but they should have just used some common sense and avoided the whole situation. And there are the police officers in Colorado who arrested a dad playing ball with his daughter in a park. Leave people alone or this could start getting ugly. Most Americans support the police, but we don’t support a police state.

There are the officials who decided Easter weekend was a good opportunity to start messing with churches struggling like everyone else to deal with the new reality. California’s Mendocino County is banning church singing on a livestream. How does this help stop the spread of coronavirus? Kentucky’s Democrat governor took to taking down Christians’ license plates for going to church in their cars. How does this help halt the virus from spreading? It doesn’t. It just makes people who are already on edge that much edgier. Elections matter. Remember this in a few years and do better.

Michigan should also do better. It elected the cluelessly tyrannical Gretchen Whitmer as its governor. A few weeks ago Whitmer was a rising Democrat star. Now, she’s a petty thug who’s in over her head (which doesn’t rule her out of still being a rising Democrat star). She’s awful. She has gone on a power trip worthy of Blofeld, the nutty Bond villain who built a fortress in a volcano and fed his underlings to piranhas. Whitmer is telling people who own more than one home that they cannot drive between those homes. How does this stop the spread of the virus? She’s telling people they can’t buy carpet and paint because they’re not “essential.” Tell that to anyone who suddenly has to repair something in the home they’re suddenly hanging onto because they suddenly lost their job because Whitmer arbitrarily closed their business. Tell that to the guy whose whole job is home repair and remodeling. Who is she or any of these so-called leaders to say what is and isn’t “essential”? Broadly speaking, a legal job that enables someone to feed their family is essential to that family. Tell them they’re not essential and they’ll tell you exactly what they think of you. There will be choice words and gestures.

Elected officials don’t take the Hippocratic Oath when they’re sworn into office, but maybe they should. It’s an oath some doctors take that says they should first, do no harm. Be humble, have the mind of a servant and don’t make a bad situation worse. Many officials already have too much power, and in times of emergency they take on vastly more power. This is legal to a point. That’s what the emergency declarations are for. They formalize temporary legal and financial arrangements in times of crisis, emphasis on “temporary.”