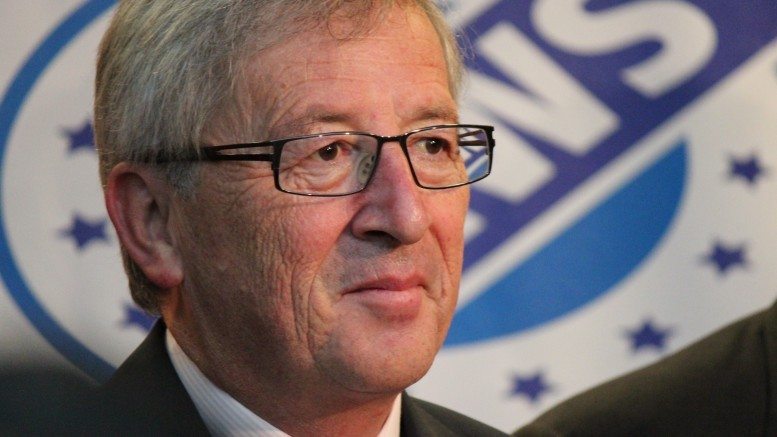 Junker is a globalist Technocrat who is fully aligned with Trilateral Commission policies, calling for open borders in Europe. If achieved, it means the end of Europe and the rise of Technocracy. ⁃ TN Editor

He called for all borders across Europe to be opened, despite the chaos caused over the last year from the flood in refugees fleeing Syria and the wave of terror attacks hitting various continent’s cities.

He has faced repeated calls to quit after his failure to keep Britain in the EU and the refugee and Greek debt crises.

Today he accepted the Commission ‘deserves criticism’ but insisted national government’s ‘have to share the blame’.

Speaking at the Alpbach Media Academy this morning, Mr Juncker said: ‘Borders are the worst invention ever made by politicians.’

The contentious remarks from the Brussels chief are the polar opposite of moves by elected leaders of EU member states who have tighten their borders over recent months after more than a million entered the bloc from Syria in less than a year.

Mr Juncker also said a stronger EU was the best way of beating the rising trend of nationalism cross Europe.

In another extraordinary remark, he appeared to warn of war on the continent if the EU disintegrates as he echoed the warning from the former French president Francois Mitterrand, who said nationalism added to nationalism would end in war.

‘This is still true so we have to fight against nationalism,’ Mr Juncker said.

‘We have to fight against nationalism, we have the duty not to follow populists but to block the avenue of populists.’

The embattled EU Commission president described Brexit as an ‘unheard-of political crisis’ for the EU but told EU member states that the only way of overcoming the challenge of Britain leaving would be to remain as one.

The junky isn’t real bright is he! The language he uses sounds like it comes from a nanny state recipient millennial, that doesn’t understand a bloody thing about this world, what a moron, and a drunket to boot! Not the sharpest tool in the shed, but a tool all the same, how did so many power centers around the world get so many idiots positioned at the highest levels, its getting fu$%ing scary!