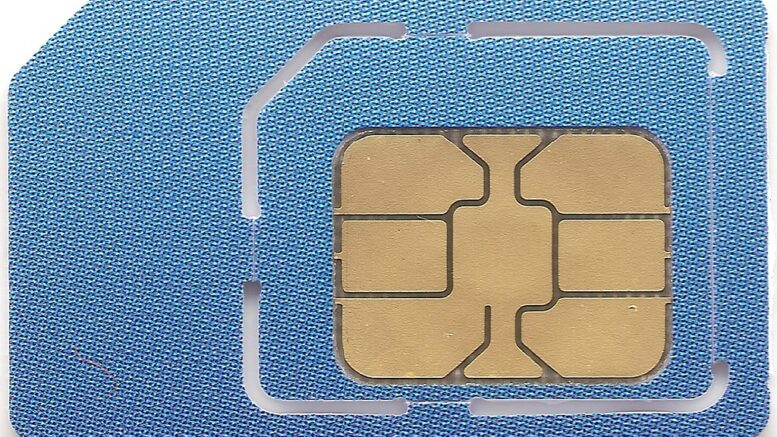 Please Share This Story!
PDF 📄
The Technocrat hand of tyrannical government is coming down on the “un-vaxxed” all around the world. Pakistan now has at least two programs in place; disabling sim cards in cellular phones for all citizens and refusing to pay government employees who refuse to take the vaccine. ⁃ TN Editor

The extreme decision was made during a meeting of high-ranking civil and military officials chaired by Punjab Health Minister Yasmin Rashid.

Rashid said that the policy would disable SIM cards belonging to those who fail to get vaccinated “beyond a certain time.”

“We are doing all we can to compel people to get vaccinated… The government cannot allow individuals, who do not want to get vaccinated, to risk lives of those who are already vaccinated,” the health minister told Pakistan’s Express Tribune. She said that the provincial government would devise a timeline for the policy’s implementation once it received formal approval from the National Command and Operation Center, which coordinates Pakistan’s national response to Covid-19.

Punjab’s Primary and Secondary Health Department announced the measure on Thursday in a tweet detailing the outcome of the meeting.

“Mobile SIMS of people not getting vaccinated may be blocked,” the department wrote.

Officials later signaled that the plan was moving forward.

“[A] final decision has been taken to block the mobile SIM cards of people not getting vaccinated,” Punjab Specialized Healthcare Department spokesman Syed Hammad Raza told Dawn, a Pakistani daily.

Citing a senior health department official, the paper said that the Punjab government will seek help from the Pakistan Telecommunications Authority (PTA) in order to implement the policy.

The measure is designed to counter “negative propaganda” about the jab and ensure that vaccination targets are met, Dawn reported, citing the official. The provincial government is aiming to vaccinate 40 million residents by November.

In addition to the SIM card restrictions, authorities might also ban unvaccinated people from going to parks, restaurants and malls, according to media reports.

Punjab is the most populous province of Pakistan, containing more than half the country’s total population, as well as the country’s second-largest city, Lahore. The regional government began its vaccination drive in March, but has struggled to drum up enthusiasm for the public health initiative. Mobile vaccination camps are being deployed near religious shrines across the province in an effort to make the jab more accessible.

Governments around the world have adopted a range of measures to promote vaccination efforts, but some policies have been criticized as gimmicky or heavy-handed.

In the US state of Washington, legal marijuana retailers are giving free joints to those who’ve taken at least one dose of the Covid vaccine. Restrictions have also been used to compel people to get the shot. In some countries, such as Israel, unvaccinated citizens are barred from entering certain venues.

Punjab isn’t the only region in Pakistan to take a more extreme approach to vaccination. In Sindh province, plans have been announced to stop the salaries of government employees who refuse to receive the jab.

Humanity has survived for aeons without cell phones.
If it should happen in my country, it might be a short annoyance but not much more. Pakistan surely can survive without this kind of technology. As it has for centuries.
Actually, we have to show the technocrats that we definitely don’t depend on them to live a full life.
My 2 cents

It seems that the Pakistani health minister, and his government are unaware of two salient facts. the vaccine companies say that having a vaccination does not guarantee you won’t catch the virus. The best they can offer is that it may ‘lessen the symptoms’. the vaccine companies can’t say if having a vaccine will prevent you from transmitting the virus if you already have it, or contract it as per point 1, above. The Pakistani government seems blissfully unaware that these two factors render the statement “The government cannot allow individuals, who do not want to get vaccinated, to risk… Read more »

Incredible what a little money can make VIP people in the Pakistan government say and do.

What a barbaric country. Try that here – Canada, and I’ll stop paying taxes. When they jail me I’ll be getting room and board at ‘their’ expense doubling their cost. ‘They’ would have to put a gun to my head before I’d give up my bodily autonomy and even then….?

You assume they’ll maintain the same “country club” conditions that are now present in a lot of American and Canadian “detention centers”. Most likely, you’ll be forced to work hard labor, quite soon, and while wearinng a mask, so that you don’t infect any of the vaccinated guards, who will all be BLM bootlickers on their last round of usefuleness before their own elmination. My suggestion; try not to get your tongue cut out. It has happened before. I used to live in Barcelona, and a Catalan comedian that I knew told me that his grandmother was sent ot prison… Read more »

This could happen in any country as they all try to find ways to force us to take the vaccine that is killing and injuring people around the world with no knowledge of how much worse the effect of the spikes could be in the future to all. Don’t think you are safe in your country but stand up against it now while you still can.

The whole purpose of vaccination is to get protection from the virus. If the people who receive vaccinations are already protected, how can there be a risk to them from those who did not get vaccinated? The shadow of the Beast is upon the earth.

Pakistan Shuts Off Phone Service To Non-‘Vaccinated’ and what a great line: ‘The government cannot allow individuals, who do not want to get vaccinated, to risk lives of those who are already vaccinated’ – These people are ut

That makes zero sense saying we can’t let the unvaxxd to threaten the health of the vaxxd😮if they’re vaxxd why would that matter,essentially admitting these mRNA don’t work (to stop the cold)!!It’s all do unbelievable,there are humans out to kill other w/o regard.Thank you for putting out the WORD on these TECHNOCRATIC murderers.

[…] its source Technocratic news and trends […]

[…] Pakistan shuts off phones if not vaxxed – https://www.technocracy.news/pakistan-shuts-off-phone-service-to-non-vaccinated-citizens/ […]

No vaccines, no telephony - Pakistan - Conservative News and Views

[…] you hear about what is happening now in Pakistan? Technocracy.news […]

[…] you hear about what is happening now in Pakistan? Technocracy.news […]

In Pakistan, Phones Shut Off for Unvaxxed — Coming to the U.S.? – New York News Today

[…] Did you hear about what is happening now in Pakistan? Technocracy.news reported: […]

Only one non-vaccinated person with Corona virus can thus with his breath infect a whole continent if he/she phone and talk to different persons in a variation of countries…..

…..and this is not something we think, this is something we actually know from VIP Intelligence sources who wish to be anonymous due to the sensitive character of this info.