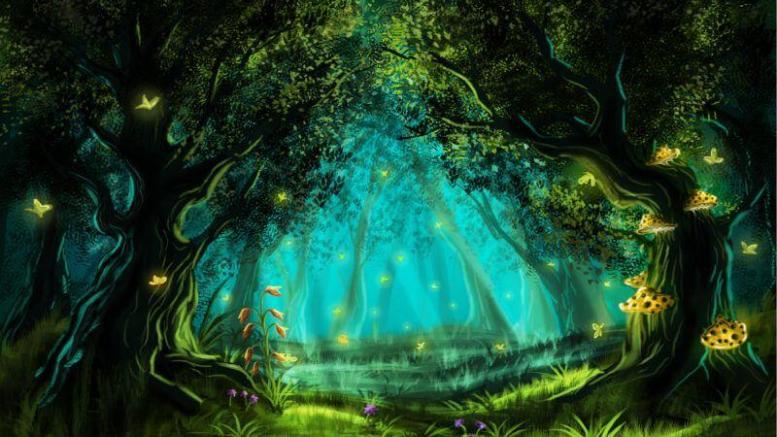 The Great Panic of 2020 was started by Technocrats to advance Technocracy, aka Sustainable Development, which is a resource-based economic system designed to replace free market economics. The pandemic was tailor-made. ⁃ TN Editor

Have you recently heard anything about the major existential threat to our lives? I don’t mean the exaggerated virality of the virus currently wreaking havoc with our globalized societies, but the endlessly dangerous impact of climate change? Of rising sea levels and volatile weather leading to crop failures and mass starvation and collapse of precious ecosystems?

You know, the imminent Sixth Mass Extinction? The “ecocide” that the French President Emmanuel Macron called the Amazon fires last year and that the British newspaper The Guardian routinely describes all kinds of things impacting nature?

I didn’t think so.

Nor should you have: as humans, we clearly had more urgent things to worry about than dying polar bears or cleared rainforests or other kinds of climate damages – real or imagined – accumulating centuries down the line. In the economist’s dry language, our time preferences spiked: we suddenly cared a lot more about the present compared to the future than we did until recently.

At the same time, strangely, the environmentalists had a field day during the corona pandemic. The anti-human policies they have called for, protested for, disrupted societies and other people’s lives for, were suddenly implemented en masse, albeit on a temporary basis. Think of it as a trial for green policies.

To most naive environmentalists, this was a hugely successful experiment. We could and did shut down the modern industrialized society they frantically detest. Factories across many provinces of China, the workshop of the world, shut down for months; Italy paused its market society while their dead piled up, and most other countries followed suit: malls closed, downtowns were eerily empty, supermarkets rationed both goods and customers. Airports and planes, those busy places usually at any given time housing over a million people – a Dallas-sized city in the skies – all but closed.

And the environment did improve a little. Air quality in many Chinese cities improved, almost overnight. CO2 emissions for the first quarter of 2020 fell by a full 5% as opposed to growing steadily at 2-3% a year – “one of the biggest reductions in CO2 emissions on record,” as the World Economic Forum described the news. The reduction of emissions were even seen from space, almost instantaneously.

Intellectually consistent greens should be celebrating in the streets.

Yet, they’re fairly quiet. And most scientists are not so happy. Even though we stopped air travel, mostly stopped eating out and reduced our consumption, some 80% of emissions went unaffected – think heating, electricity, food consumption, and the many disposables we now – reasonably – started using. The coronavirus shutdown shows that we can do a lot to change our societies and it still wouldn’t make more than a dent in the global emissions. Extrapolating the 5%-first quarter reduction in emissions for the rest of the year puts us back roughly to emission levels of 2012, not exactly a year celebrated for its climate achievements.

Was it Worth It?

Asking this annoying economist’s question is the attempt to be balanced in a world gone mad. Answer it requires us to hold more than one value in our minds at the same time, trading off one for the other – an attribute that our political friends on the left and right don’t like doing. The world is not, contrary to most everyone’s illusions, one-dimensional; there is no one thing that overwhelmingly matters. Instead, careful trade-offs between health, financial and economic well-being, and climate impact do.

Most people do want to preserve nature and minimize our climate impact – but not “at the expense of their children going cold or hungry.”

With 13% unemployment in the U.S. and reports of all kinds of ills increasing – ranging from poverty, to domestic violence and suicides – whether some percentage points off global emissions were worth it is highly doubtful. Even setting aside the pandemic for a moment, one has to place a very large value on polar bears and trees, and a very small value on human flourishing to rationalize that trade-off. You can, in principle, have whichever valuations of those things that you want, but very few people would share them – and I wager that most environmentalists themselves won’t.

Andy Kessler at the Wall Street Journal nailed it when he, in April, wrote:

“Today we have 17 million freshly unemployed, but . . . carbon emissions have plummeted, dolphins returned to Venice, wolves walk the streets of San Francisco and pot use is at an all-time high. Unicorns and equality everywhere? Not quite. Pollution and crime are down because we’re all basically in prison. It’s awful. Set us free.”

For some people, somewhere, spending unanticipated time with loved ones has been a blessing. For others, this family love has been mediated through phones or hospital windows. Don’t visit your elders. Don’t see your friends. If you do, stay far away from them. Carnal desires or intimacy outside of cohabitation is clearly not essential. In every conceivable way, life has been worse. Travels for leisure, pleasure, or business have ceased. Incomes for insanely large chunks of American society has dwindled, if not stopped entirely. That’s not great.

Of the dystopia the green left idealizes, the Spring of 2020 was but a taste. A taste that we endured, survived, hankered along because of extreme measures by businesses and governments designed to hibernate commercial and civic life – and save our vulnerable elderly population. Fiscal deficits and money-printing of astronomical magnitudes. It could only last so long, which is why many countries are eager to open their societies before the still-meagre tourist season of 2020.

The green new deal of anti-human, anti-capitalist harmony would run this route all the way, with no end in sight, no wealth or saving to draw from, no fantastically productive supply chains left over from a prosperous and globalized economy temporarily put on hold.

For those who want truth: https://www.youtube.com/watch?v=EjsXBZtPxs4&list=PLFQ1Tx4KzqeDHCUw_K_s-9w5m–NegS3S&index=5&t=0s

This one is much clearer, please see here: https://www.youtube.com/watch?time_continue=2&v=RMQEujYf0dA&feature=emb_logo

The pandemic was created to give Fauci and Gates a way to stuff their pockets fuller of money than they’ve ever been.
https://articles.mercola dot com/sites/articles/archive/2020/05/20/plandemic-documentary.aspx

I have to ask the age ole question. Who benefits? The one percent puppetmasters who live at the top, and appear to be invincible to everything that’s wrong in the world that affects the rest of us.

There’s another saying about follow the money. While the rest of society are losing jobs, businesses, God-given freedoms, health and homes, etc. The one percent always manage to escape from these inconveniences and hardships too. So whatever goes wrong. Follow the money and see who benefits time after time.