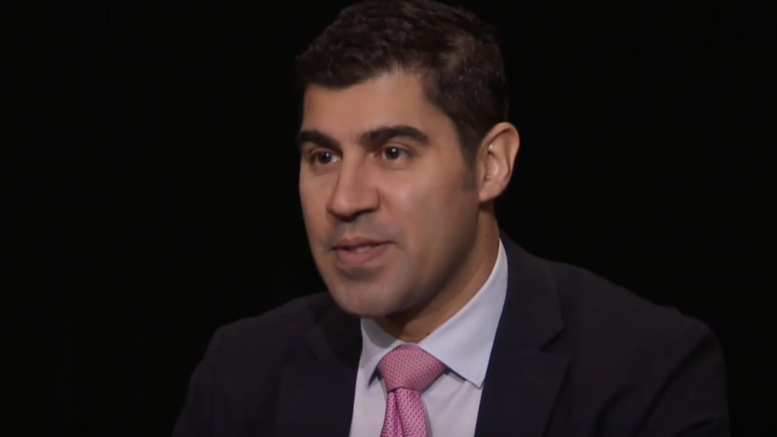 Please Share This Story!
PDF 📄
Leading global Technocrat and scholar, Dr. Parag Khanna, claims that the 21st century belongs to Asia, not to the U.S. or the West in general. He also wrote the book, Technocracy in America, calling for complete transformation of our nation.

China, Japan, South Korea, Malaysia and India are already well on their way to embracing Technocracy. China, in particular, is exporting its new ideology to the rest of the world. ⁃ TN Editor

In decades past, and particularly during the 20th century, the extent of Western influence on the world grew to new bounds. Thanks mostly to post–World War II economic expansion, also known as the golden age of capitalism and the postwar economic boom, the West’s influence on the world became renowned. Today, American brands are everywhere, we all speak English, and countries like the US and European nations are the biggest players on the international stage.

This, however, is changing.

According to Parag Khanna, global strategy advisor, world traveler, and best-selling author, the “Future is Asian.” That’s the title of his latest best-selling book, but also the reality we are facing today in the 21st century, which he deems the Asian century.

“I think we should realize that we are already in an Asian world,” Khanna tells AMEinfo. “This is not a future prospect: In the 21st century, it is already an Asian century.”

Named one of Esquire’s “75 Most Influential People of the 21st Century,” and featured in WIRED magazine’s “Smart List,” Khanna’s writings are hot topics of discussion around the world.

So, what exactly is the Asian century, and why is the future Asian? AMEinfo finds this out and more in this one-on-one interview.

1. Can you tell us about yourself and about some highlights from your career that helped shape who you are today?

Major highlights include my first position on the Council on Foreign Relations in New York. That was shortly after graduating from Georgetown University, the School of Foreign Service. At that time, I became acquainted with US military officers who later recruited me to work in Special Operations Forces, during which time I was working in Iraq and Afghanistan in 2007 during the Surge activities. Obviously, that was a very eye-opening experience.

I also worked in the World Economic Forum both physically, living in Geneva in 2001, as well as a consultant while in Washington.

For me, a decisive moment was when I was at the Brookings Institution in 2004 and decided not to work on the presidential campaigns but rather to write [the] proposal for my first book ‘The Second World’. The book was awarded an advance by Random House, the largest publisher in the world. That allowed me to travel for three years all over the [globe]. ‘The Second World’ was published in 2008, and contained very large sections about the Middle East region.

After that, I was able to be much more independent and I’ve written 5 other books since then and also lived in New York, London and Singapore, where I live now.

2. Your book “The Future is Asian” proposes an interesting reality that we are seeing take shape today. China, Singapore, Japan and other Asian countries are often the leading countries in certain fields of innovation, and trade is increasingly centered around those nations. What made you come to this realization, and when do you think we will see it happen?

In that first book, the second world, I had a very long section called ‘Asia for Asians.’ It was the fifth section of the book and about a hundred pages long. Nearly ten years later, I wanted to update the book and in the meantime, I had also moved to Singapore and had such intensive exposure to the Asian region to really update my knowledge.

In my first book, China was very central whereas in ‘The Future is Asian’ what I tried to do is to put China in the context of the larger Asian mega region, which is 5 billion people. China is only one third of that population, so I thought it was very important to correct many of the misperceptions that dominate our thinking about China’s role in the world in which we see it as a potential global hegemon, because it is not. It is the most powerful country in Asia, but Asia is a multipolar region which Japan and India and even Russia… are all major Asian powers. So, the Asian history and the Asian geopolitics are not a like-for-like comparison with Western history. No book had really pointed that out, so I think I’ve written the first book about Asia that is not China-centric.

You’ll note, of course, that the West Asian countries – the Gulf Region, including Saudi Arabia, Turkey and Iran – play very important roles in my book because they are in fact part of Asia. Therefore, I wanted to make arguments based on geography, demographics and economics that are much more appropriate today than the traditional work about Asia that is focused mostly on China.

Sorry, Mr. Parag. The U.S. is already having a resurgence that will last the entire 21st Century. China will have to wait …….. OR … they can join the U.S. and work together to benefit ALL of mankind …. and not just one segment or race.