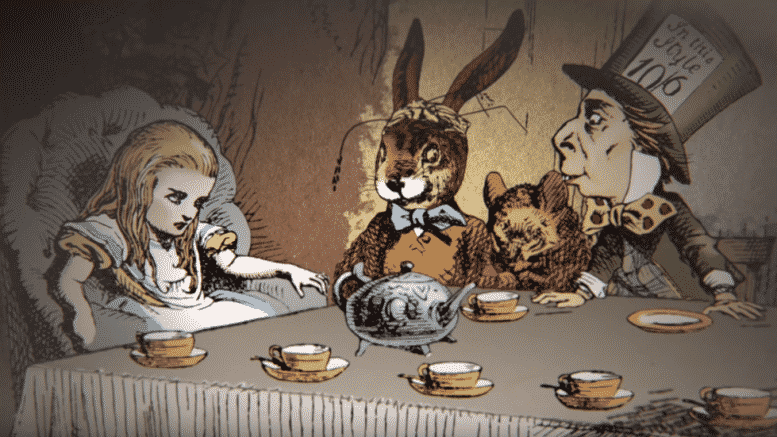 The Paris climate accords were an exercise in futility as most nations to signed on have, in practice, acted like they never existed. However, the Technocrat rhetoric continues at full throttle, trying to convince the world that too much carbon is going to kill us. Taking carbon out of the atmosphere is anti-human and will lead to mass starvation, not climate salvation. ⁃ TN Editor

Remember Paris? It was not even two years ago that the celebrated climate accords were signed — defining two degrees of global warming as a must-meet target and rallying all the world’s nations to meet it — and the returns are already dispiritingly grim.

This week, the International Energy Agency announced that carbon emissions grew 1.7 percent in 2017, after an ambiguous couple of years optimists hoped represented a leveling off, or peak; instead, we’re climbing again. Even before the new spike, not a single major industrial nation was on track to fulfill the commitments it made in the Paris treaty. To keep the planet under two degrees of warming — a level that was, not all that long ago, defined as the threshold of climate catastrophe — all signatory nations have to match or better those commitments. There are 195 signatories, of which only the following are considered even “in range” of their Paris targets: Morocco, Gambia, Bhutan, Costa Rica, Ethiopia, India, and the Philippines. This puts Donald Trump’s commitment to withdraw from the treaty in a useful perspective; in fact, his spite may ultimately prove perversely productive, since the evacuation of American leadership on climate seems to have mobilized China, eager to claim the mantle and far more consequential to the future of the planet because of its size and relative poverty, to adopt a much more aggressive posture toward climate. Of course those renewed Chinese commitments are, at this point, just rhetorical, too.

But this winter has brought even worse news than the abject failure of Paris compliance, in the form of a raft of distressing papers about what beyond compliance is required to stay below two degrees. Were each of those 195 countries to suddenly shape up, dramatically cutting back on fossil fuels to bring emissions in line with targets, that would still be not nearly enough to hit even Paris’s quite scary target. We don’t just need to draw down fossil fuels to stay below two degrees; doing so also requires “negative emissions” — extracting carbon from the atmosphere, essentially buying back some amount of existing fossil-fuel pollution through a combination of technological and agricultural tools. As Chelsea Harvey, among others, has pointed out, in 2014, the U.N. Intergovernmental Panel on Climate Change — now somewhat outdated, but still more or less the gold-standard single source for big-picture perspective — presented more than 100 modeled scenarios that would keep global temperatures below two degrees of warming. Nearly all of them relied on negative emissions. These tools come in two forms: technologies that would suck carbon out of the air (called CCS, for carbon capture and storage) and new approaches to forestry and agriculture that would do the same, in a slightly more old-fashioned way (bioenergy carbon capture and storage, or BECCS).

ccording to these recent papers, both are something close to fantasy: at best, uneconomical and entirely untested at scale, and, at worst, wholly inadequate to the job being asked of them. A new report of the European Academies’ Science Advisory Council found that negative-emissions technologies have “limited realistic potential” to even slow the increase in concentration of greenhouse gasses in the atmosphere — let alone meaningfully reduce that concentration. A letter in Nature Climate Change described the forestry and agricultural technologies, as imagined, “difficult to reconcile with planetary boundaries” — that is, it would impose such devastating costs in terms of forest cover, biodiversity, agriculture, and fresh water that doing so “might undermine the stability and resilience of the earth system,” lead author Vera Heck writes.

To keep us on track for Paris, BECCS “would require plantations covering two to three times the size of India — a third of the planet’s arable land,” Jason Hickell has calculated — and more than double that which is presently used to produce all the world’s agriculture. “Not only would this make it impossible to feed the world’s population, it would also be an ecological disaster.” Staying within those boundaries, and sparing the planet from those self-inflicted disasters, would mean deploying BECCS at such a small scale it could only offset, at best, one percent of annual emissions. Which means, all told, that the pathway to two degrees is getting so slim you can hardly see it; at present, it depends on emissions commitments literally no nation is keeping and technologies no one has seen work, and which many scientists now believe cannot possibly work. This is not good.

How not good? Another new paper sketches in horrifying detail what this failure would mean, though its findings are smuggled in under cover of rhetorical optimism. In the new issue of Nature Climate Change, a team lead by Drew Shindell tried to quantify the suffering that would be avoided if the planet were kept below 1.5 degrees of warming, rather than two degrees — in other words, how much additional suffering would result from that additional half-degree of warming. Their answer: 150 million more people would die from air pollution alone in a two-degree-warmer world than in a 1.5-degree-warmer one.

Since the NOAA data supporting “global warming” is fraudulent, why does the author above read a misguided publication like Nature Climate Change, which publishes politically screened (peer reviewed) reports? The data is false, the solutions for the solar event of cyclic climate are also false. China is already scheduled to lead the next phase of globalism.