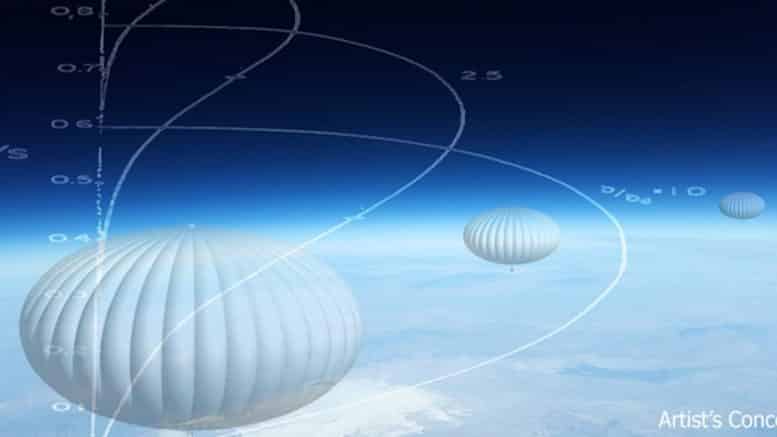 Please Share This Story!
PDF 📄
It’s now clearly stated that the Military will join law enforcement and DHS to locate and deter narcotic trafficking and homeland security threats, but at the expense of tracking everything, everywhere.

High altitude balloons equipped with radar and other battle zone surveillance technology can see through any weather and even through vegetation and buildings.

The US Military will conduct high altitude MESH networking radar tests over South Dakota to provide a persistent surveillance system to locate and deter narcotic trafficking and homeland security threats.

High altitude balloons will fly at twice the altitude of passenger jets and use radar to simultaneously track many individual vehicles day or night, through any kind of weather.

Interferometric synthetic aperture radar is a radar technique used in geodesy and remote sensing. This geodetic method uses two or more synthetic aperture radar (SAR) images to generate maps of surface deformation or digital elevation, using differences in the phase of the waves returning to the satellite or aircraft. The technique can potentially measure millimeter-scale changes in deformation over spans of days to years.

Simple high-resolution optical cameras were already used in Iraq, Afghanistan and Dayton, Ohio to monitor the movement of all people and vehicles. About ten years ago in Dayton a Cessna flew for everyday for weeks and created video that could be used to Tivo all movement.

When Big Brother is providing the solution for the issues he is creating or helping create, then we have lost our freedoms. That is, those within the governmental entities that are promoting open borders and facilitating illegal immigration. And those within the government that are bringing in illegal drugs through sanctioned cartels to support their illegal activities. Or any number of other illegal activities and false flags. Then they provide the solution for the problems they have themselves created. Except their solution was all along for the purpose of surveilling and controlling the populace but had to make it palatable… Read more »