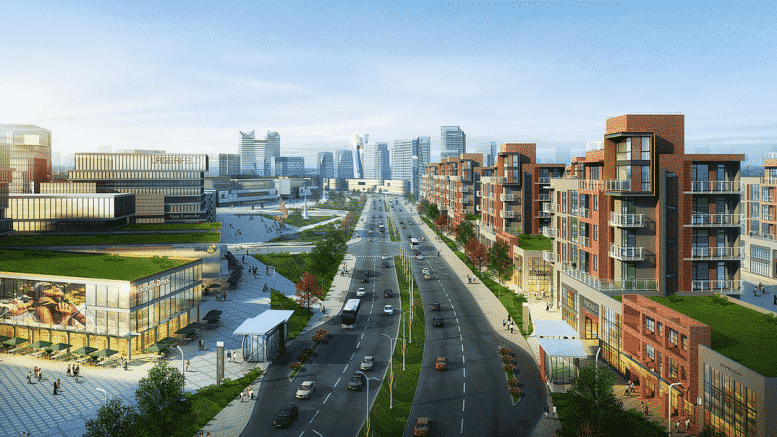 A leading provider of Internet of Things technology for Smart Cities, Silver Sprint Networks tells us that Americans are in love with the idea of Smart Cities. The study only sampled 505 consumers, which is apparently sufficient for these Technocrats to conclude that the whole country feels the same way. ⁃ TN Editor

A super majority of respondents nationwide think smart city technologies will have a positive impact on their lives, while half of those are expecting it to happen in the next three years or sooner, according to a new study by Silver Spring Networks Inc. and advocacy group Power Over Energy.

The combined sampling and online study also found that out of the 505 U.S. consumers who participated, the positive impression of smart cities came with information provided via the study. Nearly 80 percent said they had little or no knowledge about the technologies beforehand.

Sixty-four percent of those who clearly understood what it means responded that it will be important to live in or near a smart city. Smart city technologies include connected street lighting, advanced meter infrastructure, Wi-Fi, open data sharing, charging stations and connected appliances, among other devices and apps.

“In speaking with city leaders across the globe, we have found that understanding the needs and wants of their citizens around smart city technology is of utmost importance,” Dan Evans, senior director for smart cities and street lighting at Silver Spring Networks.  “Our findings will help bolster the efforts that cities and utilities are championing, such as smart street lights—the most well-known smart city application—and reducing pollution and public safety, identified as the top two benefits of smart city technology in the study.”

Only 3 percent of respondents replied that smart city technology would have a negative impact. Of 15 percent who said they had no interest in living so connected, half of them lived in rural areas.

A majority in all age groups expressed enthusiasm for living in smart cities, with 83 percent of millennials being the highest. Sixty percent of those 65 and older also expressed a desire to live in those places.

“What we found most interesting about the study is the younger generation’s desire to live in smart cities,” Marina Donovan, vice president of marketing, Silver Spring Networks, said in a statement. “Adoption rates of smart city technologies are quickly on the rise and the next big wave is upon us. There is clearly a need, and opportunity, to educate consumers of all age groups about the benefits and positive impacts of smart city technology.”

Overall, reducing pollution and energy consumption were seen as the top benefits of smart cities (39 percent of respondents). Public safety was seen as the second most important benefit-with 23 percent saying so. Video monitoring, adaptive street lighting and faster emergency response were seen as attributes of smart cities’ public safety benefits.

Among the negatives, the biggest concern was wasting tax dollars, brought up by 40 percent of respondents. One-third also were concerned about loss of privacy as their top worry versus smart city technologies.

Silver Spring Networks, recently acquired by Itron Inc, is known for its Internet of Things network and data platform and has delivered more than 26.7 million devices globally. Power Over Energy is a social media literacy initiative focused on energy efficiency and backed by a coalition of business, nonprofit and governmental groups.

They are pushing lies to further their agenda of Agenda21/Sustainable Development, Pure Evil!