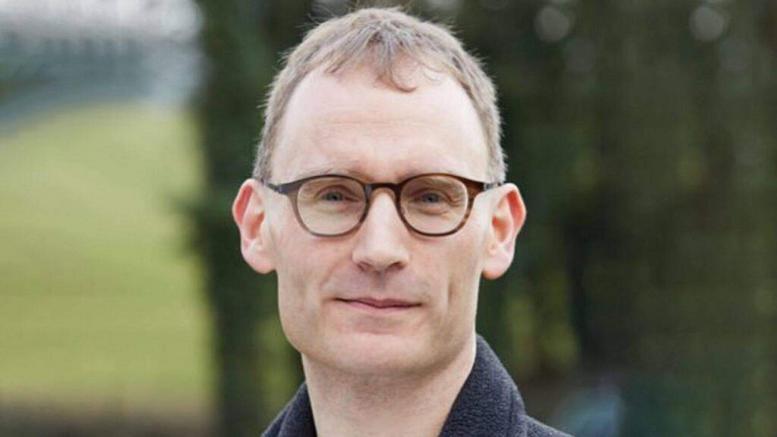 Posted By: Jon Rappoport via NoMoreFakeNews May 4, 2020

Please Share This Story!
PDF 📄
As more research is done into Professor Neil Ferguson and his employer Imperial College London, his abysmal and reckless record of computer modeling is revealed. Ferguson is a statistician who studied math and physics, but has no medical training whatsoever. Yet, he is the one to sparked the Great Panic of 2020. ⁃ TN Editor

Buying, for the moment, the official story about the “pandemic,” there were two basic choices:

Let people go about their lives and develop, through contact, natural immunity to the disease; or imprison populations in their homes.

Why was the second choice made?

This is my second article about Neil Ferguson (first article, here), the UK professor whose computer model of COVID-19 changed the world and drove that second choice.

At that point, anybody who was anybody stood up and saluted.

Both heads of government, Trump and Johnson, radically changed course. Instead of allowing people to go about their lives and develop natural immunity, they took the lockdown approach, devastating their economies.

Below, I’ll reprint quotes from my first article, exposing Professor Ferguson’s track record of abysmal and destructive failures in predicting the spread of diseases.

This record was available to anyone—including Trump, Fauci, Deborah Birx, Boris Johnson—but of course these important people have no time to read or think.

Apparently, a key White house conversation went something like this:

FAUCI: Mr. President, we have a new report from the UK. A computer model is predicting the spread of the epidemic. There could be 2 million deaths in the US, if we don’t take drastic action. There must be heavy lockdowns. The state governors will have to carry that ball, but your position on this needs to be unequivocal.

FAUCI: Yes, sir. Quite sure.

TRUMP: No way out? Except lockdowns?

The sheer brilliance in the Oval Office that day must have been blinding.

So, first up, let’s take a peek at a recent article from Nature, the venerable British medical journal. April 2, “Special report: The [computer] simulations driving the world’s response to COVID-19”:

“…it’s natural to wonder how reliable any of the [computer] simulations are. Unfortunately, during a pandemic it is hard to get data — such as on infection rates — against which to judge a model’s projections.”

This is called a clue. Computer models predicting the spread of disease may be an interesting academic exercise, but in the real world, where lives and nations are on the line, THE DATA, on which the projections are based, are elusive. Without accurate data, what do you have? How about opinion, bias, and conjecture?

Nature: “’You can project [via computer models] forwards and then compare against what you get. But the problem is that our surveillance systems are pretty rubbish’, says John Edmunds, who is a modeller at the LSHTM [London School of Hygiene and Tropical Medicine]. ‘The total numbers of cases reported, is that accurate? No. Accurate anywhere? No’.”

I see. Rubbish. Total number of cases—inaccurate everywhere. Bad data. No data. In other words, the computer models are sophisticated tripe.

Nature: “’Forecasts made during an outbreak are rarely investigated during or after the event for their accuracy, and only recently have forecasters begun to make results, code, models and data available for retrospective analysis,’ Edmunds and his team noted last year in a paper that assessed the performance of forecasts made in a 2014–15 Ebola outbreak in Sierra Leone. They found that it was possible to reliably predict the epidemic’s course one or two weeks ahead of time, but no longer, because of the inherent uncertainty and lack of knowledge about the outbreak.”

Computer predictions are rarely investigated for accuracy. Can’t make accurate predictions for more than two weeks ahead. Do you suppose Fauci, who has served as a public health dictator since medieval times, is aware of this, but is ignoring it? That’s a rhetorical question, Your Honor. I withdraw it. The answer is obvious.

Finally, Nature provides us with this startling factoid: “The 16 March simulations that the [Neil Ferguson] team ran to inform the UK government’s COVID-19 response used an agent-based model built in 2005 to see what would happen in Thailand if H5N1 avian flu mutated to a version that could spread easily between people.”

That’s like saying, “This year, the driver in the Indianapolis 500 is sitting in a car built 15 years ago. He’s dusted it off and hopes it works and doesn’t crash into the wall.”

You may think this is an unkind comparison, but we know something about that dusty Ferguson 2005 computer model of avian flu. Here is a quote from the Business insider, 4/25:

“…he [Ferguson] was accused of creating panic by overestimating the potential death toll during the 2005 Bird [avian] Flu outbreak. Ferguson estimated 200 million could die. The real number was in the low hundreds.”

THIS is the basic model Ferguson has now used to project deaths from COVID-19.

Are your eyeballs popping? They should be.

“Michael Thrusfield, a professor of veterinary epidemiology at Edinburgh University, told the paper he had ‘déjà vu’ after reading the [Ferguson] Imperial paper [on COVID], saying Ferguson was responsible for excessive animal culling during the 2001 Foot and Mouth [actually, Mad Cow disease] outbreak.”

“Ferguson warned the government that 150,000 people could die. Six million animals were slaughtered as a precaution, costing the country billions in farming revenue. In the end, 200 people died.”

Want more? The Business Insider raises the level of shock even higher.

“Ferguson co-founded the MRC Centre for Global Infectious Disease Analysis, based at Imperial [College], in 2008. It is the leading body advising national governments on pathogen outbreaks.”

“It gets tens of millions of dollars in annual funding from the Bill & Melinda Gates Foundation, and works with the UK National Health Service, the US Centres for Disease Prevention and Control (CDC), and is tasked with supplying the World Health Organization with ‘rapid analysis of urgent infectious disease problems’.”

Bill Gates wants a COVID vaccine before planetary lockdowns end. The lockdowns, of course, are already making a wreck of the Earth’s economies.

Ferguson supplies, to the CDC and WHO, a vastly worthless but frightening computer projection of COVID deaths. Ferguson thus communicates a justification for the Gates global vaccine plan.

The CDC and WHO act, based on what Gates wants, as expressed by Ferguson.

National governments surrender to WHO and CDC. LOCKDOWNS.

What say you, Trump, Johnson, Merkel, Macron, et al? Are you merely clueless idiots, no brighter than some passerby on a street corner who’s handed a sign for a protest, and joins the line, having zero idea what he’s supporting? Are you that stupid, as you point to Ferguson’s farce of a computer model, with eyes glazed?

Are you simply in fear of experts who, on their best day, should be consigned to modelling numbers of cockroaches in motel rooms?

Or are you hostile idiots, who intend to destroy countless lives as economics sink further into ruin, day by day?

P.S. Perhaps you’re thinking, “These governments couldn’t be THAT crazy and stupid and vicious. They couldn’t have acted based on Neil Ferguson’s computer model…”

Business Insider, 4/25: “Ferguson’s team warned Boris Johnson that the quest for ‘herd immunity’ [letting people live their lives out in the open in the UK] could cost 510,000 lives, prompting an abrupt U-turn [massive national lockdown in the UK]…His [Ferguson’s] simulations have been influential in other countries as well, cited by authorities in the US, Germany, and France.”

“On March 23, the UK scrapped ‘herd immunity’ in favor of a suppression strategy, and the country made preparations for weeks of lockdown. Ferguson’s study was responsible.”

“Dr Deborah Birx, coronavirus response coordinator to the Trump administration, told journalists at a March 16 press briefing that the Imperial paper [Ferguson’s computer projection] prompted the CDC’s new advice to work from home and avoid gatherings of 10 or more.”

The politicians are going crazy and they are being payed by the people to work FOR the people and not AGAINST the people.
This has to change rapidly otherwise any “fanatic” who feels like it with a title can send us into the abyss. Like is happening now.

As always, HAT for Jon Rappoport for this outstanding article.
Thanks Jon and keep save for we want to enjoy your articles for a long time to come.

You are as stupid as Ferguson. Do you have the medical background to make this claim? None. So that does not make you any different. Natural immunity, what a joke!

You should try to say intelligent things here, Anti-Idiot, but you sure sound like a troll. There are plenty of peer-reviewed scientific papers published in medical journals that discuss natural immunity, what it is, how it develops, how it degrades and why it is important. If you make another ad-hominem attack on this site again, you will be dropped into the spam folder.