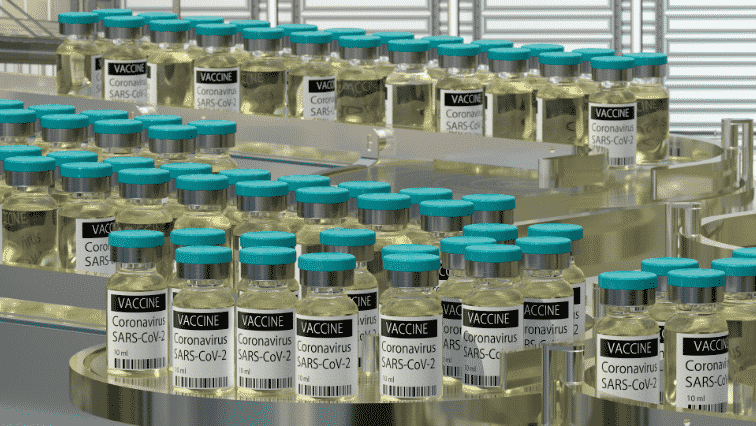 Please Share This Story!
PDF 📄
Historical Big Pharma propaganda has long claimed that their vaccines were directly responsible for eliminating infectious disease mortality in the 20th century. There is an abundance of evidence and studies to the contrary and RFK, Jr. lays it out. ⁃ TN Editor

After author Daniel Pinchbeck wrote that he has “not seen convincing evidence” to support arguments that societal improvements, not vaccines, played a significant role in the disappearance of childhood diseases, RFK, Jr. lays out the evidence in a letter to Pinchbeck.

I don’t want to seem unappreciative of the guarded praise you have twice thrown my way. I am aware that debasing me in media circles has become a means of career advancement and that any demonstration of approval invites career suicide. I’ve therefore become very familiar with the obligatory journalistic technique of prefacing any concessions to my viewpoint with some generalized besmirching of my overall accuracy and character.

I assume that this is the reason you begin both your articles (Feb. 23, 2021 and Dec. 10, 2020) about me by disavowing me for refusing “to concede” the orthodoxy that “vaccines are considered some of the greatest successes of modern medicine,” and that vaccines miraculously eliminated mortalities from infectious disease in the twentieth century (from the Feb. 23 article):

“(Kennedy) proposed, instead, that other societal improvements like better sanitation were responsible for the disappearance of childhood diseases at that time, not vaccines. I have not seen convincing evidence supporting this.”

Because Instagram has removed our interview (do liberals even complain about censorship anymore?) I can’t swear to the accuracy of my recollection, but, as I recall our conversation, I cited in support of my assertion, Children’s Health Defense’s exhaustive 2010 study, “Annual Summary of Vital Statistics: Trends in the Health of Americans during the 20th Century” (Guyer et al, December 2000.) published in Pediatrics. After extensively studying a century of recorded data, the Centers for Disease Control and Prevention and Johns Hopkins researchers concluded: “Thus vaccinations does not account for the impressive declines in mortality from infectious diseases seen in the first half of the twentieth century.”

Similarly, in 1977, Boston University epidemiologists (and husband and wife) John and Sonja McKinlay published their seminal work in the Millbank Memorial Fund Quarterly on the role that vaccines (and other medical interventions) played in the massive 74% decline in mortality seen in the twentieth century: “The Questionable Contribution of Medical Measures to the Decline of Mortality in the United States in the Twentieth Century.”

In this article, which was formerly required reading in U.S. medical schools, the McKinlays pointed out that 92.3% of the mortality rate decline happened between 1900 and 1950, before most vaccines existed, and that all medical measures, including antibiotics and surgeries, “appear to have contributed little to the overall decline in mortality in the United States since about 1900 — having in many instances been introduced several decades after a marked decline had already set in and having no detectable influence in most instances.”

The McKinlays’ study concludes that vaccines (and all other medical interventions, including antibiotics and surgeries) were responsible for — at most — somewhere between 1% and 3.5% of that decline. Put differently, at least 96.5% of the decline (and likely more than that) occurred for the reasons I cited in my discussion with you.

Finally, The McKinlays presciently warned that profiteers among the medical establishments would try to assign credit for the mortality declines to vaccines and other interventions in order to justify government mandates for their medical interventions.

Seven years before the McKinlays’ publication, Harvard Medical School Dr. Dean Edward H. Kass delivered a landmark speech to the annual meeting of the Infectious Diseases Society of America. Kass was a founding member and first president of the organization, and founding editor of the Journal of Infectious Diseases.

On Oct. 19, 1970, Kass told his colleagues that the dramatic decline in infectious disease mortalities during the  20th century “is merely the most important happening in the history of the health of man.” He cautioned that:

“This decline in rates of certain disorders, correlated roughly with socioeconomic circumstances … Yet we have only the vaguest and most general notions about how it happened and by what mechanisms socioeconomic improvement and decreased rates of certain diseases run in parallel … we had accepted some half truths and had stopped searching for the whole truths. The principal half truths were that medical research had stamped out the great killers of the past  — tuberculosis, diphtheria, pneumonia, puerperal sepsis, etc.  — and that medical research and our superior system of medical care were major factors extending life expectancy, thus providing the American people with the highest level of health available in the world. That these are half truths is known but is perhaps not as well known as it should be.”

Daniel, despite the popularity of your assumption, I have not been able to find a published peer-reviewed study that suggests it has any basis beyond pharmaceutical industry propaganda, about which both Kass and the McKinlays so eloquently warned.

“When the tide is receding from the beach it is easy to have the illusion that one can empty the ocean by removing the water with a pail.”

The graphs below show that mortalities for virtually all the great killer diseases, infectious and otherwise, declined along the same timelines inversely correlated with advances in nutrition and sanitation.

The science therefore suggests that credit should go not to the medical cartels, but rather to the engineers who brought us railroads and highways for transporting food, electric refrigerators, chlorinated water and sewage treatment plants, etc. Note the declines occurred in both infectious and noninfectious diseases, irrespective of the availability of vaccines. 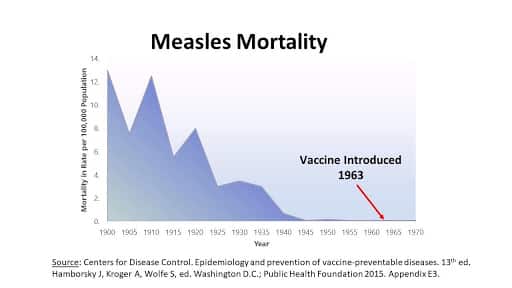 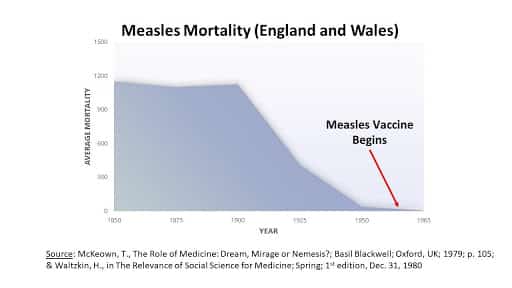 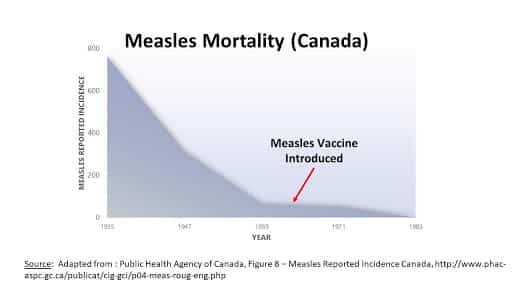 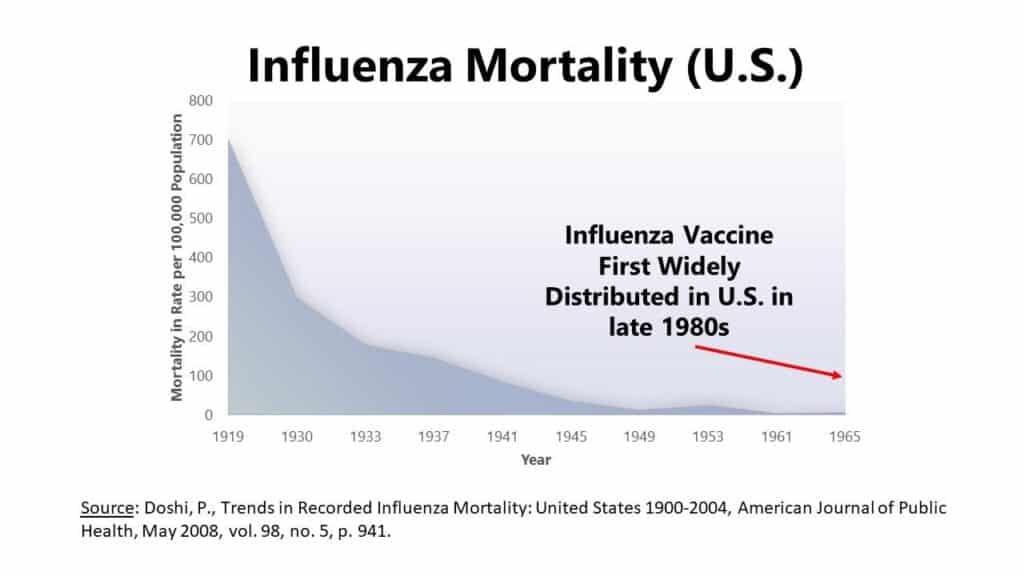 “The New Journalism” (term coined by Dr. Paul Craig Roberts) is nothing more than “Lies My Government Keeps Telling Me” on behalf of favored industries like the pharmaceutical industry and their many agendas beyond mammon ( like the personal quest of The Don Quixote of Population Control Bill Gates). Funny how facts have a way of surfacing that unquestionably refute the lies “The New Journalism” shamelessly promotes. It seems to me that such journalism should be considered a crime as it purposely promotes a falsehood that can adversely effect the well being of societies.

Interesting article. I find many of my conservative friends unwilling to explore the idea that vaccines have less to do with improving the general health than they have been told. They know about the $$ in “Big Pharma” but opposing views have so long been suppressed that their minds are closed.

I have left friends by the wayside for ex: they claim to be conservative but lack critical thinking skills overall. Some of them took the covid vaccine falling for the lies of Fauci and Gates and other so called expert vaccine promoters.

So true. And I feel sorry for those who will be laying flat on their back looking up at the ceiling and being denied visitors like the people who caught covid19 naturally. I’ve already told someone that I will not be visiting hospitals unless I have the misfortune of being a patient in one

I have a number of charts that show exactly the same information. Vaccines were introduced months/years after the disease had declined by 60 to 95%. These charts have been removed from Google Search in the past year or two,

dear Dick Leppky, Cab you send me those charts that you speak of in this conversation? My email is maryandrea88@yahoo.com.

People will always be more healthy and have stronger immune systems when they reject an injection of synthetic liquids (containing god knows what) from power hungry big-pharma.

Makes one wonder, they had to rush a vaccine, before the curve went down. Like selling ice cream in the summer before it all ends and winter comes along.

I read of such things some years ago. At the time I dismissed such graphs, feeling that if they were accurate then they were absolute proof, thus we wouldn’t even be having such a discussion…

Since then I have well-learned the lesson that having facts and proof of those facts on your side is not enough to sway the average human.

Quite what the secret is i’m not sure, but it seems you need to get them emotional and feeling safe in a crowd, else thinking is too damn difficult?

What is Proof? Proof of something to one person may be something else entirely to someone else!. Those who want to believe their lives will be saved if they take the vaccine for anything they think will keep them alive and protect hem from the dangerous world of invisible viruses! They believe in the magic bullet just as they have been taught their elders and betters know best.

We must understand this: https://halturnerradioshow.com/index.php/en/news-page/news-nation/you-need-to-understand-this-they-do-not-care-if-you-draw-another-breath

The self-absorbed Pinchbeck used to hang out with my “burner tribe” back when I used to go to Burning Man. I’ll never forget waking up to the sound and sight of him banging some young and dumb hippie chic in the dome right next to me. Also I recall someone else in that circle, on a later date, complaining about how they had overheard Pinchbeck talking to a confidant about how this crowd (us) was going to eat up everything he had to say (regarding his 2012 book promotion). Needless to say, I was never impressed by this guy.

There has been no mention that any covid19 gene therapy AKA vaccine would prevent or cure covid19. We’re already being told that social distancing and face mask wearing will be expected for about another year. I think the editor and the readers of this site perfectly understand the purpose of the covid19 injections. Worldwide genocide and an international class of citizens who can count themselves lucky if they live long enough to be filled with sickness and diseases and on prescription medications for the rest of their lives. You can’t get some folks to learn that if they buy pharmaceutical… Read more »