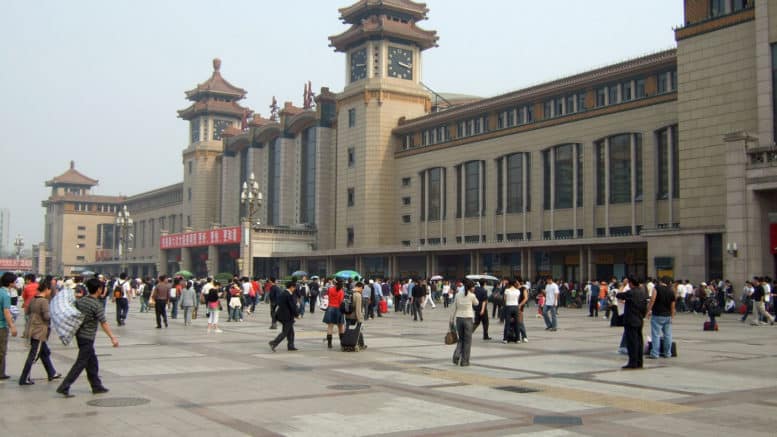 Please Share This Story!
PDF 📄
TN has warned that China is exporting its Technocracy to the entire planet. In this instance, they are now creating a global database of citizens and mapping their social connections. The current use of this data is to intimidate Chinese citizens who have family or friends abroad. ⁃ TN Editor

A major human rights crisis is unfolding in northwestern China, according to the United Nations, which said last week that there were credible reports that the Chinese government is holding one million or more ethnic minorities in secretive detention camps.

Yet even for those who have escaped China, surveillance and intimidation have followed. As part of a massive campaign to monitor and intimidate its ethnic minorities no matter where they are, Chinese authorities are creating a global registry of Uighurs who live outside of China, threatening to detain their relatives if they do not provide personal and identifying information to Chinese police. This campaign is now reaching even Uighurs who live in the United States.

A few months ago, Barna, who lives in a major U.S. city and requested that her real name not be revealed, received an odd message from her mother, who lives in China. Barna’s mother asked her to send her U.S. car license plate number, her phone number, her U.S. bank card number, and a photo of her ID card. Barna’s mother said that China is creating a new ID card system that includes all Chinese, even those who are abroad.

“From her unsettled voice, I can tell she has been pushed by the authorities… For the sake of my mom’s safety, I said OK.”
— ‘Barna’

Since her mother was located in China and they were talking via WeChat, a Chinese chat app permitted by China’s internet regulator since it gives authorities access to messages and phone calls, Barna knew that their conversation was likely being monitored. So she told her mother that she did not have a car in the United States and that she only uses her Chinese bank card, though her mother knows this isn’t the case.

But Barna agreed to send the photo of her ID card. “From her unsettled voice, I can tell she has been pushed by the authorities,” said Barna. “For the sake of my mom’s safety, I said OK.”

In recent months, many other Uighurs living in the United States have received similar demands from Chinese authorities, relayed by family members back in China who were paid official visits from local public security bureau officials. One Uighur living on the east coast told The Daily Beast that Chinese police had demanded a copy of the individual’s employment contract with their university; another was told they had to provide a letter from their academic supervisor. If they don’t comply, these Uighurs know that their relatives may be detained.

“I’ve heard about many of these cases of influence and intimidation from Chinese authorities being extended to Uighurs abroad, whether they are students or journalists or everyday people,” said James Millward, a professor of Chinese and Central Asian history at Georgetown University. “In many cases they are permanent residents, green card holders, or even citizens in the United States, Australia, or elsewhere.”