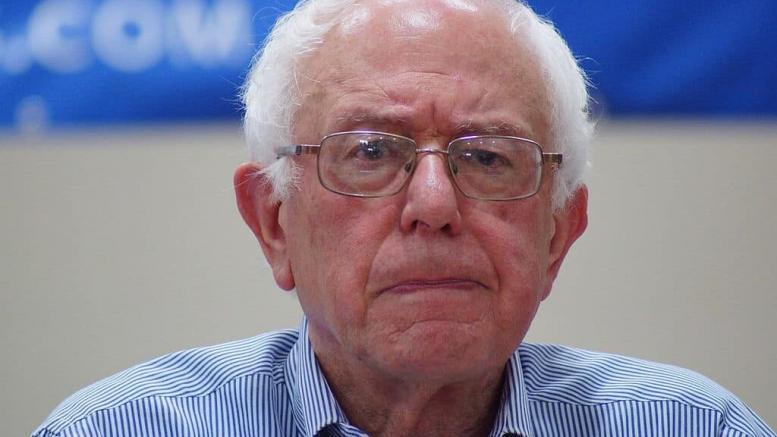 Please Share This Story!
PDF 📄
Hidden in this story is an important truth: Big Tech moguls are not socialists, leftists, capitalists or communists – they are Technocrats! Until this word is inserted into the vernacular, Big Tech will never be adequately described or understood. ⁃ TN Editor

Following Democratic presidential hopeful Pete Buttigieg’s announcement that he was dropping out of the race, Silicon Valley leaders are reportedly begging Democrats to nominate anyone but Bernie Sanders.

The New York Times writes in an article titled “Silicon Valley Leaders’ Plea to Democrats: Anyone but Sanders,” that following the departure of Silicon Valley’s preferred candidate from the Democratic presidential nomination race, Silicon Valley leaders are panicking. Pete Buttigieg was heavily favored by many in Silicon Valley as explained by Breitbart Tech senior reporter Allum Bokhari, but after the candidate dropped out this week, tech executives had just one request of the Democrats: “nominate anyone except Bernie Sanders, please.”

The Silicon Valley venture capitalist Keith Rabois, onstage in January at a tech conference, said his first choice for president was a Democrat, Pete Buttigieg.

And, sure, it would be a close call for Joseph R. Biden Jr. over President Trump. But Bernie Sanders?

At that, Mr. Rabois, who has been a top executive at or invested in LinkedIn, Square, Yelp and PayPal, balked. Speaking to the crowd, he drew the line at democratic socialism. (Mr. Buttigieg ended his campaign on Sunday night.)

“I would certainly vote for Trump over Sanders,” Mr. Rabois declared.

When it comes to the 2020 Democratic primaries, with California poised to allocate hundreds of delegates this week on Super Tuesday, many tech leaders in Silicon Valley have a plea: Anyone but Sanders.

So why would tech CEO’s, who largely lean to the left, prefer President Trump over a candidate such as Bernie Sanders? The NYT writes:

“I’m trying to balance what socialism means versus four more years of Trump, and honestly it feels like which is the worse of two evils?” said Venky Ganesan, a partner at the venture capital firm Menlo Ventures, whose disaffection with the presidential field has led him toward the Common Sense Party.

He said the vast majority of his venture capital industry colleagues had the same dilemma. “Eighty percent are thinking the same thing, but many do not speak out,” Mr. Ganesan said.

On the face of it, there’s nothing that distinguishes Buttigieg in terms of policy. In fact, he seems to eschew policy statements in favor of glib, media-friendly remarks like “it’s not just about winning an election, it’s about winning an era” and “think of something really gay — that’s how gay I am.”

Silicon Valley CEOs also seem to have been interested in Buttigieg even before he became a candidate. Facebook CEO Mark Zuckerberg visited South Bend in 2017, long before the mayor announced his candidacy.

Zuckerberg did a casual ride-along with Buttigieg, praised the mayor as a “very humble guy” and politely listened to his stories about the decline of South Bend and the wider industrial midwest.

This is probably less about Buttigieg himself as it is about Silicon Valley’s guilt over its role in the rust belt’s decline. In 2018, venture capitalists toured the midwest — stopping at South Bend — as part of what they called a “comeback cities tour.” The tour’s purported aim was to encourage big tech investment in the midwest, but it was also plainly a PR stunt — big tech demonstrating how much they care about the lost jobs its industry has “disrupted.”

Visits from Zuckerberg and others might be as much due to Buttigieg courting big tech as it is about big tech courting Buttigieg. Buttigieg is one of the few midwestern mayors who has successfully attracted tech startups to his town, and the media never tires of talking about it.