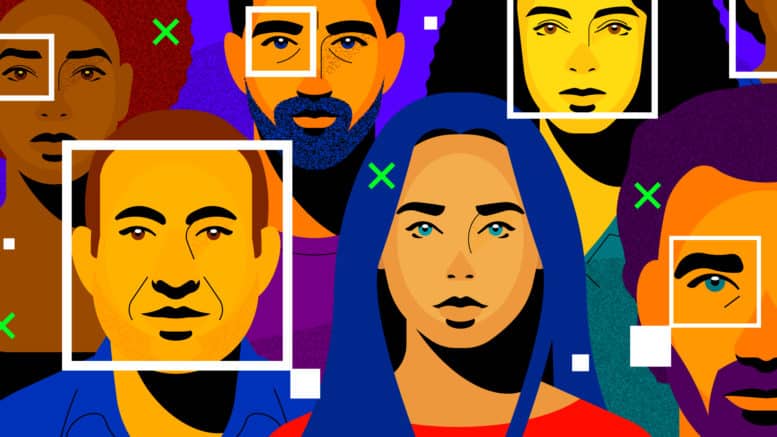 Societies are undergoing subtle yet massive changes because constant surveillance causes people to modify their behavior. You might nix certain activities that are thought to result in negative outcomes, and adopt new practices that are seen as positive. This is the wretched iron fist of Technocracy’s ‘science of social engineering’. ⁃ TN Editor

Separating the futuristic from the dystopian in the minds of the general public can be a challenge, particularly when trying to conceptualise a diverse technology such as AI recognition.

In today’s markets, a tangible example can be seen in consumer products such as the iPhone XS, with its Face ID facial-recognition unlocking. By and large, this has been warmly received, with the majority of complaints relating to UX and design, thanks to the removal of a fingerprint scanner, and the screen notch to accommodate the Face ID sensors. But what of more sinister applications?

The gradual progression of fingerprint identification into facial recognition could be seen as a soft introduction to more complex AI foundations, the likes of which are poised to be implemented across the infrastructure of the so-called ‘smart cities’ of the future. AI recognition R&D is rapidly progressing, and the near future will see the reach of the technology extend further.

Concentrated CCTV coverage in metropolitan cities such as London has long been a controversial topic, raising concerns of a ‘surveillance state’ among many civil-rights groups. As more sophisticated AI programs that make use of user recognition are developed, there is the theoretical potential of adapting this existing surveillance infrastructure to cater for AI recognition.

Public opinion of this technology has not been aided by reports of its introduction by British police forces. It was used in an attempt to spot suspects at the 2017 Notting Hill Carnival, for example, with a reported failure rate of 98%.

Although AI-based recognition applications go far beyond the targeting of police suspects, its association with surveillance at such an early stage of its introduction could greatly impact public perception. After all, there is no shortage of Hollywood portrayals of AI recognition technology acting as an oppressive public safeguard, as seen to great effect in 2002’s ‘Minority Report.’

Binary District Journal spoke to Terence Mills, CEO of AI.io and Moonshot, to explore the possibilities of AI recognition in the coming years. Mills works heavily in the AI space, as well as sitting on the Forbes Technology Council, and is perfectly positioned within the industry to see how new iterations of the platform could be received by the larger consumer market.

Hollywood scripts aside, what are the prospects and implications of AI recognition in the smart cities of the future?

Consumer-Based Recognition as it Stands

Apple’s facial recognition software is widely seen as a stepping stone from which the public will associate subsequent developments in similar AI technologies. Mills agrees: “I think what’s going on is extraordinary. It’s going to really pave the way for what we do in the future.

“We’re already seeing it in the ability to buy things on your iPhone or online and authorise a purchase via facial recognition. I think biometrics is probably the next step – we’re pioneering a lot of work around the ability to generate and invoke purchases via voice recognition.”

The implications of a person’s exposure to constant identification aren’t restricted to the state’s use of the technology. At a consumer level, there is the potential for users to open themselves up to entirely new levels of targeted advertising through retailers’ use of AI identification in stores.

“AI technology puts you in a particular place at a particular time as a consumer – the company knows you’re there because you’ve used their AI technology to get there, whether that be a theatre, in an airport, on an aeroplane,” Mills explains.

“Think about it – they know you’re there for the next two or four hours or whatever. So, if they decide to, they can sell your data to somebody who wants to proactively market you. Do I think that limits the development of AI? I don’t. Do I think people are going to want to ensure their privacy has been thought about? Absolutely.”