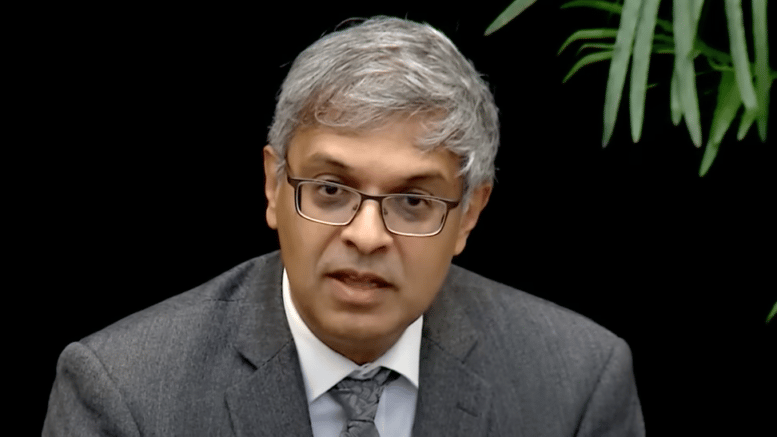 Please Share This Story!
PDF 📄
The lunatics are running the asylum and are obsessed with destroying everything they touch, including science itself. This is why the title of my new book is “The Evil Twins of Technocracy and Transhumanism”. Their policies and actions are anti-human, anti-civilization and anti-God. Dr. Jay is right: “Academic freedom is dead.” ⁃ TN Editor
+-

A Stanford Professor who challenged the orthodoxy of lockdowns has warned that “academic freedom is dead,” and that all those who have stood up to the regime narrative now face “a deeply hostile work environment.”

Dr. Jay Bhattacharya, an author of the Great Barrington Declaration in which thousands of scientists called for a policy of herd immunity over lockdowns, warned that “When you take a position that is at odds with the scientific clerisy, your life becomes a living hell.”

Speaking at the Academic Freedom Conference at Stanford’s Graduate School of Business recently, Bhattacharya, who previously described lockdowns as the most catastrophically harmful policy in “all of history,” and “the single worst public health mistake in the last 100 years,” noted “we have a high clerisy that declares from on high what is true and what is not true.”

This weekend, I will be appearing with Prof. John Ioannidis at a conference on academic freedom at Stanford. The conference organizers invited professors who disagreed with us to participate in the session, but they declined.
1/3

The conference will be publicly live-streamed. I am at a loss to understand why there are reporters and Stanford professors who object to free speech on campus on issues of public concern. Everyone is free to disagree.
3/3https://t.co/dnfGVwXA3k

In a further interview with Fox News, Bhattacharya noted “The basic premise is that if you don’t have protection and academic freedom in the hard cases, when a faculty member has an idea that’s unpopular among some of the other faculty – powerful faculty, or even the administration … If they don’t protect it in that case, then you don’t have academic freedom at all.”

Bhattacharya and thousands of other academics and scientists were initially vilified for damning lockdowns, but have since been vindicated as the societal and medical toll of the shutdowns has been revealed.

Bhattacharya said of the declaration, “The purpose of the one-page document was aimed at telling the public that there was not a scientific consensus in favor of lockdown, that in fact many epidemiologists, many doctors, many other people – prominent people – disagreed with the consensus.”

The professor then described how proponents of the declaration were systematically frozen out of discussions and debates.

“If Stanford really truly were committed to academic freedom, they would have… worked to make sure that there were debates and discussions, seminars, where these ideas were discussed among faculty,” he urged, adding that  “power replaced the idea of truth as the guiding light.”

“So you have somebody like Tony Fauci who says unironically, that if you question me, you’re not simply questioning a man, you’re questioning science itself,” Bhattacharya further noted, adding “That is an exercise of raw power, where he places himself effectively as the pope of science rather than a genuine desire to learn the truth.”

“They systematically tried to make it seem like everyone agreed with their ideas about COVID policy, when in fact there was deep disagreement among scientists and epidemiologists about the right strategy,” the professor asserted.

Bhattacharya’s comments come as a new analysis of federal and state data revealed that for the first time a majority of Americans dying from COVID were at least partially vaccinated.

“Fifty-eight percent of coronavirus deaths in August were people who were vaccinated or boosted,” the Washington Post reports in a piece headlined ‘Covid is no longer mainly a pandemic of the unvaccinated’.

Nobody on the fasco-Marxist left knows who Mario Savio is, no one cares, and in fact its only just over a minute and a half vid, which no one will watch (to busy watching Dancing with the Half Naked Stars, the Kartrashians, and Maury Povitch in his daily “whose the father of yet another promiscuous woman” but just for the records, her is Savio, who is one of the leaders in getting the who leftist movement on the ground, advocating for, um… free speech. https://youtu.be/xz7KLSOJaTE?t=1