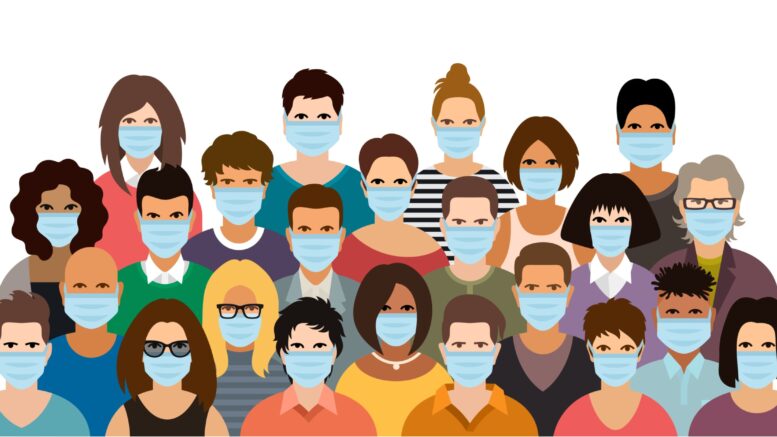 Please Share This Story!
PDF 📄
Normal but very necessary human social interaction is broken as people fail to recognize, hear and communicate with others. The stressors placed on global society will lead to conflicts at all levels, from family breakups to civil and national wars. ⁃ TN Editor

As the coronavirus pandemic drags on, putting on a face mask has become as second nature to people as putting on pants. While it may be helping to limit of the virus’s spread, scientists say it’s also made it much harder to figure out who’s actually standing next to us in public. Researchers from Ben-Gurion University of the Negev say face masks are lowering the brain’s ability to properly recognize and distinguish between different faces.

“For those of you who don’t always recognize a friend or acquaintance wearing a mask, you are not alone,” the research team says in a media release.

“Faces are among the most informative and significant visual stimuli in human perception and play a unique role in communicative, social daily interactions. The unprecedented effort to minimize COVID-19 transmission has created a new dimension in facial recognition due to mask wearing.”

Prof. Tzvi Ganel from BGU and Prof. Erez Freud from York University in Toronto examined how wearing a mask interferes with a person’s ability to recognize faces. Using a version of the Cambridge Face Memory Test, nearly 500 people tested their facial perception while looking at masked and unmasked faces.

The results reveal wearing a mask decreases a person’s ability to successfully tell who someone is by 15 percent.

“This could lead to many errors in correctly recognizing people we know, or alternatively, accidently recognizing faces of unfamiliar people as people we know,” says Prof. Galia Avidan, an expert on facial recognition and perception at BGU. “Face masks could be even more challenging to people whose face recognition skills are not ideal to begin with and cause greater impairment.”

The study also finds masks specifically interfere with the mind’s ability to process a whole face instantly. Researchers add people are now processing individual features to figure out who they’re looking at, which takes more time.

“Instead of looking at the entire face, we’re now forced to look at eyes, nose, cheeks, and other visible elements separately to construct an entire facial face percept – which we used to do instantly,” the team explains.

“Faces are among the most informative and significant visual stimuli in human perception and play a unique role in communicative, social daily interactions.”
and that is why these satanic evilcreatures like Gates and DirtySwab came up with this dysropian view of how life will be for mere Serfs…
Seeing how masks make you sick and even the box says they cannot and are not made to stop any virus, but now we have ordinary people being the Stazzi Police pointing out those who will not go along with this utter farce..

Sometimes hearing is muffled if someone has a softer voice, which is annoying when conducting a business transaction in public. This virus is perpetual, mutating endlessly. If someone sneezes a fine mist stays in the air a longer time than someone talking, making mask wearing iffy, a mask mainly protects from talking close to someone. Shop and run errands early, the earlier the better then get home. cover mouth when coughing and sneeze into elbow.

There is no ‘virus’ other than the typical seasonal ‘flu’. Why do you not understand this yet? While others may explain this to you, they cannot understand it for you. You’ll have to put in some effort.