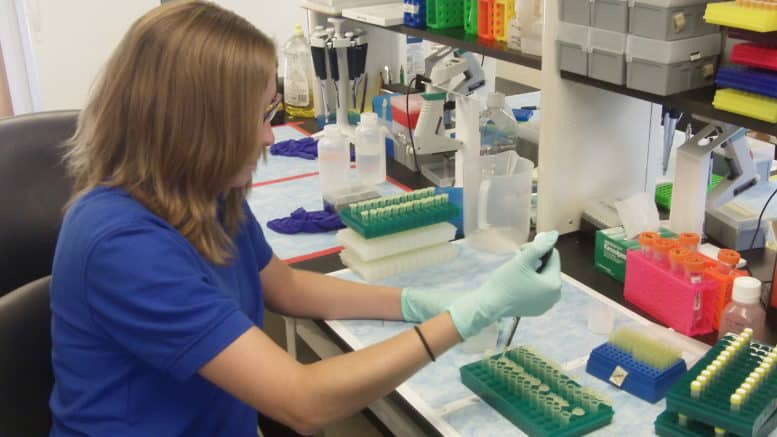 Please Share This Story!
PDF 📄
Every genealogical/Service I have researched talks incessantly about Privacy and having control over your own data. All such language is deceptive and misleading, designed to trick people into buying their testing kits. Now that large databases have been built, your data is on display for anyone who can pay or provide a subpoena. ⁃ TN Editor

More than 60 percent of Americans who have some European ancestry can be identified using DNA databases — even if they have not submitted their own DNA, researchers reported Thursday.

Enough people have done some kind of DNA test to make it possible to match much of the population, the researchers said. So even if you don’t submit your own DNA, if a cousin does, it could lead people to you.

They said their findings, published in the journal Science, raise concerns about privacy. Not only could police use this information, but so could other people seeking personal information about someone.

A distant cousin had taken a commercial DNA sequencing test, and those sequences were used to narrow the suspect list down to DeAngelo.

DeAngelo was caught when police got DNA off a tissue he threw into a trash can. It matched samples taken from the scenes of dozens of rapes and murders across California.

Police are making use of this tool, the team at genealogy website MyHeritage and at Columbia University in New York said.

“Between April to August 2018, at least 13 cases were reportedly solved by long range familial searches,” they wrote.

“Most of these investigations focused on cold cases, for which decades of investigation failed to identify the offender. Nonetheless, one case involved a crime from April 2018, suggesting that some law enforcement agencies have incorporated long-range familial DNA searches into active investigations.”

Yaniv Erlich, chief science officer of MyHeritage, and colleagues analyzed the DNA of 1.2 million people who had submitted their DNA to MyHeritage and another company for sequencing.

They were able to find third cousins or even closer relatives for 60 percent of those with mostly European ancestry. They were able to track relationships using publicly available genealogical records.

“Genetic genealogy databases act like a GPS system for anonymous DNA,” Erlich said in a statement.

“The family trees set a coordinate system, in which the DNA of each individual in these databases is like a beacon that illuminates hundreds of the individual’s relatives who are not in the database,” he added.

“Therefore, even if a specific individual is not in these databases, a relative of theirs could be, which is enough to identify them.”

I suspect that our DNA may have gotten into a database when we visited a doctor and had blood, urine or tissue samples sent somewhere for analysis. Glad I never personally submitted my DNA to a database for any reason. No doubt in my mind that DNA can be used to frame people who are on the wrong side of the controllers. Another concern of mine was having that information in the hands of a medical fascist state. That’s why I didn’t fall for the covid testing gimmick last year. Good thing since I’ve heard lately that graphene oxide was… Read more »