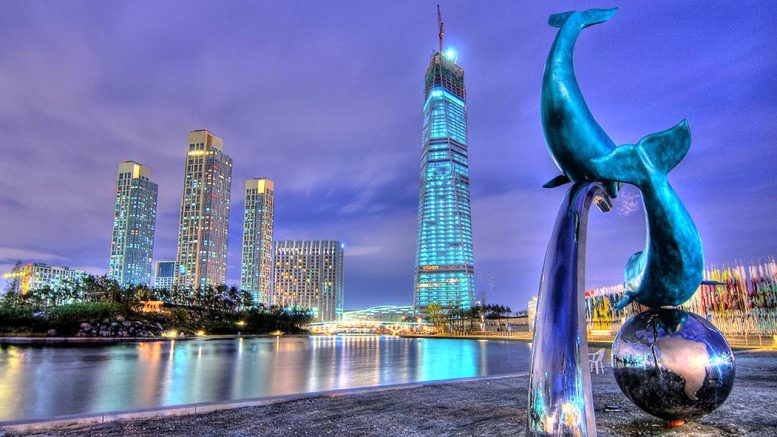 Technocrats are social engineers and not urban designers, but they somehow think they are more qualified to determine the fate of millions. If a tiny Mexican town can stop the Technocrat steamroller, then any city can as well. ⁃ TN Editor

In cities around the world, the drone of jackhammers is being met with the clacking of keyboards and the hum of computers tasked with building a new generation of metropolises, built from silicon rather than concrete. A new breed of brash and flash utopias from Masdar to Songdo is already emerging across the Far and Middle East, fueled by petrodollars and double-digit growth rates. However, the rather more prosaic retrofitting of sensors and fiber broadband in places such Bristol and Glasgow offers a more illuminating – if less immediately obvious – view of our future. Can these sci-fi visions deliver on promises of clockwork cities where public services such as transport, sanitation and health work harmoniously to the benefit of all?

Surrounding these developments is the nebulous concept of the smart city, a catch-all term encompassing any digital involvement in our analog world that promises to reshape our relationship with our environment. In an effort to wrap our heads around some of the opportunities and threats these technologies represent, The Drum caught up with Tony Mulhall, associate director of the planning and development professional group at the Royal Institution for Chartered Surveyors (RICS). He says: “We want to make people aware of the link between the components underpinning big data and the better use of property assets and infrastructure from a management, construction and investment point of view.

“Purpose-built cities are an interesting phenomenon because cities haven’t typically arrived in that form. I know we’ve built New Towns, but this type of new city, highly enabled technologically, is different. It’s very interesting to look at plans of Masdar carefully arranged on a square grid, but beyond the square nothing happens. The smart city as an individual construct is only responding to a minority need.”

With the populations of the world’s largest cities exploding, the World Economic Forum calculates that Delhi will be vying with Tokyo for the title of the world’s most populous city by 2030. Pressure is building on authorities to ensure that infrastructure development can keep pace with demographic growth. Mulhall adds: “The challenge is more about how you get the benefits of smart city technologies in very impoverished places. You have huge populations turning up at cities all over the world with no plans to accommodate them.”

In order to rise to these challenges, organizations such as RICS are increasingly finding themselves in the company of technology giants such as IBM and Accenture, as much as architects and engineers. Mulhall observes: “Many of these tech companies have actually had a really long association with cities. Siemens, for example, has been supplying underground systems and traffic lights.” What is changing, Mulhall finds, is a democratization of much of the information previously compartmentalized between different sectors, with a much broader categorization of data, knowledge and understanding now possible.

Mulhall continues: “The architectural community is at a critical point, in the sense that we now have all this data. But just because we have the opportunity doesn’t mean we find better solutions. We had a lot of data in the 1960s about how to build fantastic cities, but we ended up making a leap from that analytical information to solutions without a proper insight into what people really needed. At the bottom of architectural propositions such as Songdo and Masdar, someone is designing spaces that people need to occupy.

“The other area is transportation. If people are moving other people around without their feet touching the ground, that has huge implications for human wellbeing. It may be a smart city but it’s not very healthy.”

In Britain, Bristol has overtaken London as the country’s leading ‘smart city’, according to Huawei’s second UK Smart Cities Index. This is owed, in part, to the creation of an operations center that unifies emergency service responses and boasts a traffic management system in control of more than 200 sets of traffic lights.

Pete Anderson, head of the city’s operations center, says: “There are five pillars of a smart city in the form of energy, public space, transportation, water and health. That is born out of what we can do with data and how that can be used to inform the flow of traffic, or more efficient use of energy and distribution.

“In Bristol we’re looking at the use of data and how that is moved around, whether wifi or physical fiber. And with private sector partner First Bus, we now have a platform that pulls together data from public spaces, CCTV, alarm monitoring and traffic into one space. All of a sudden we have the ability to be intelligent with decision making from what we see and hear, as well as data.”