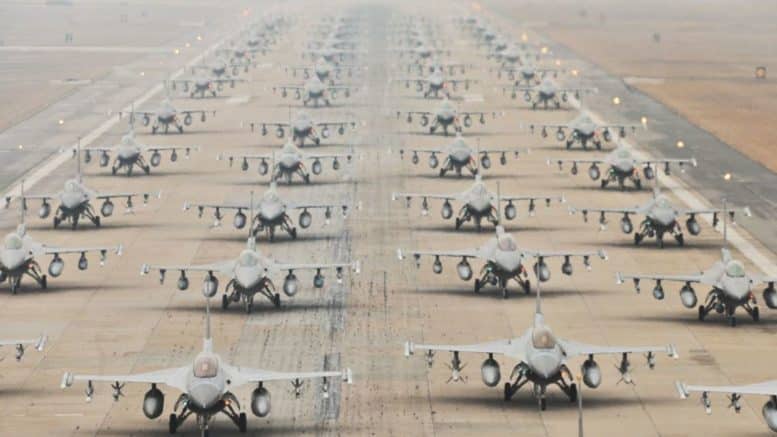 Please Share This Story!
PDF 📄
This is an insightful look by a doctoral candidate at the nexus of industry, Technocracy,  Christianity and Christian Humanism.  The book he cites, The Year of Our Lord 1943
Christian Humanism in an Age of Crisis, concludes the “reign of technocracy has become so complete that none can foresee the end of it while this world lasts.”

In President Eisenhower’s farewell address, most readers stop after his warning about the military-industrial complex. If you read just a little further, you will hear, “Yet in holding scientific discovery in respect, as we should, we must also be alert to the equal and opposite danger that public policy could itself become the captive of a scientific-technological elite.” Yes, Ike knew about and understood Technocracy! ⁃ TN Editor

In September 2016, literary critic Alan Jacobs published an essay in Harper’s lamenting the diminished standing of Christian intellectuals in the American public square. Some, he claimed, now found themselves too at home in the “liberal secular world,” often distancing themselves from ordinary believers and offering little to challenge mainstream views; others had self-sorted into Christian institutions, writing and speaking mostly to Christian audiences. Both tendencies, he believed, contributed to American culture’s mounting incomprehension of religion.

His timing was auspicious. Just two months before that year’s presidential election, we were only beginning to grasp the depths to which conservative evangelical leaders and intellectuals would descend in their alliance with Donald Trump, how rapidly and shamelessly they would abandon the values in defense of which the religious right had become a major political force. But Jacobs was already concerned at both the rise of populism based in part on “religious ressentiment” and the way liberals seemed utterly perplexed by it. “It would be valuable,” he wrote, “to have at our disposal some figures equipped for the task of mediation—people who understand the impulses from which these troubling movements arise, who may themselves belong in some sense to the communities driving these movements but are also a part of the liberal social order.”

Jacobs’s latest book, The Year of Our Lord 1943, seems inextricable from the problem he identified two years ago. He turns to an eclectic group of Anglo-American and French writers—W. H. Auden, T. S. Eliot, C. S. Lewis, Jacques Maritain, and Simone Weil—as figures who were, amid the dark days of World War II and its immediate aftermath, able to mediate between Christian conviction and the big questions of their historical moment. These thinkers, too, lived through a clash between liberal democracy and authoritarian nationalism, and worried that the masses of ordinary citizens in Western societies had little basis on which to resist the lure of ideologies that promised victory through sheer domination. The challenge to the survival of liberal society raised the problem of the role of the Christian intellectual—of how Christian thinkers could speak in a way that their fellow citizens found at least comprehensible, and in some cases persuasive.

Around the year 1943, Jacobs argues, these “Christian humanists” realized that the Allies would win the war and turned their attention to the rebuilding that would follow. They saw the role that American technological might had played in turning the war’s tide, and the grand plans political and scientific elites were drawing up for the postwar world. They worried that the anthropological assumptions supporting these visions uncomfortably resembled those of liberal democracy’s “totalitarian” opponents that prized the scientific and technological organization of the whole over the individual. In response, they articulated a humanist counter-vision of “man” as a remedy to the “miseducation” that they believed had left ordinary citizens vulnerable to the appeal of authoritarian political ideologies. To challenge the materialist and technocratic vision of society, Jacobs writes, “They thought it was possible—and necessary—to restore Christianity to a central, if not the dominant, role in the shaping of Western societies.”

This project, as Jacobs understands it, had two closely related dimensions: a form and a content. The form was “Christian humane learning”: engagement with the classical and European literary tradition as a way of recovering ideas that relativized the modernist, scientistic concepts that dominated the twentieth century. Maritain found inspiration in medieval Thomism, Weil in a reconfiguration of Christian spirituality as the inheritance of the classical tradition. Lewis, himself a literary scholar, used the genre of satire as a vehicle for a theological critique of secular materialism, while Auden and Eliot, in different ways, defended poetry and humanistic education as ways of being in the world that resisted the objectifying and dominating ways modern states approached knowledge.

For the Christian humanists, the form of humanist learning produced a particular kind of content: individuals whose sensibilities and vocations were cultivated in opposition to the totalizing projects of modern political regimes. Like the Catholic “anti-totalitarian” movement of the 1930s, they associated both communism and fascism with “materialism”—that is, an understanding of human beings as biological and productive entities that could be organized and managed toward utopian ends. If such designs were primarily incarnated by the “totalitarian” Nazi and Soviet regimes, the American technocracy that developed during the war—the unaccountable authority of national-security experts, engineers, and industrialists to decide the direction of national policy—shared its faith in the power of rational organization and the manipulation of average citizens by technical experts. The answer the Christian humanists gave to the question “What is man?” was skeptical of such projects: man was a spiritual entity, an inviolable person whose individual status came before any political design. Thus Christian humanism, as Jacobs presents it, was a personalist anti-totalitarianism: an emphasis on the spiritual person as a bulwark against the designs of the state.

I looked at President Eisenhower’s farewell address, which can be read online, and he also said: “Down the long lane of the history yet to be written America knows that this world of ours, ever growing smaller, must avoid becoming a community of dreadful fear and hate, and be, instead, a proud confederation of mutual trust and respect.” “Such a confederation must be one of equals.” “Disarmament, with mutual honor and confidence, is a continuing imperative. Together we must learn how to compose differences, not with arms, but with intellect and decent purpose.” Yes, it appears Eisenhower ‘Ike’ knew about… Read more »

People of America too often fail to interpret the hidden agendas of these politicians speeches, every one a dedicated globalist since the end of WWII. Another prime example is Kennedy’s secret societies speech. So many feel he was this patriotic American who was out to take America back from the globalist. Nothing could be further from the truth. All anybody needs to do is to study Public 87-297 signed by Kennedy, which called for the total dis-armament of the planet complete with a U.N. police force to rule us all.
http://www.sweetliberty.org/issues/un/do.htm