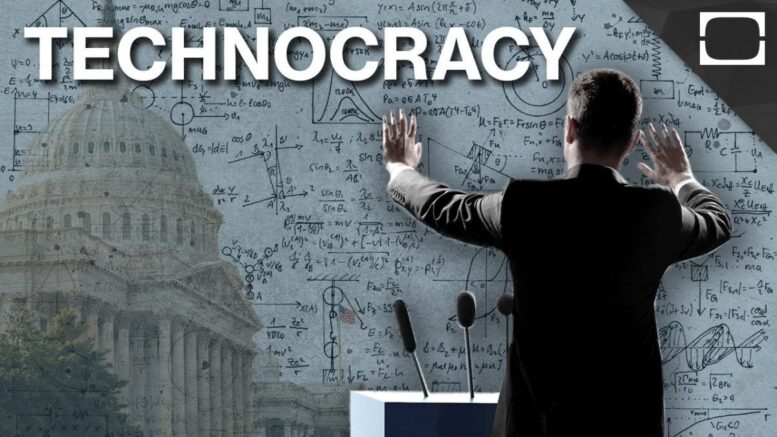 Please Share This Story!
PDF 📄
An increasing number of people are waking up to the fact that Technocracy is a clear and present danger and that it intends to create a scientific dictatorship. Further, Technocracy is the mortal enemy of all citizen-involved political systems such as a Constitutional Republic in America. ⁃ TN Editor

The United States government is working with big tech companies to build a technocratic system that will remove civil liberties from American citizens.

If you believe that is too strong of a statement, here are the facts.

Google, Apple, and Samsung are rolling out digital passports that will “protect” you from getting the Coronavirus. In true big-brother fashion, they are creating vaccine passport applications to carry on your cellphone. These passports will allow you access to theaters, restaurants, and other public places.

Not only that, but the phones will be able to tell you whether you are near someone who is not vaccinated.

If you think that this access will be in just a few public places, guess again. Once these mega-companies start integrating this system, you will need the passport to enter grocery stores, libraries, restaurants, and government offices.

This kind of statement smells a lot like the Chinese Communist Party’s social credit system, a government scoring system wherein citizens get monitored constantly. Rights and money are granted or taken away based on your behavior score. For example, having a low score can result in restrictions in Internet privileges, travel bans, and whether or not you can go to school.

And the only reason for a system like this would be to have more power and control over a populace.

When you start allowing companies partnered with government officials to ban citizens from using services in the guise of protecting them, there is no end to how much they can demand from you. Today, it could be to protect you from a virus. Tomorrow it could be because they see you as a political radical or as a religious fanatic.

And make no mistake, these companies are not in love with the concept of individual freedom, especially when it comes to First Amendment rights. In 2019 Google’s YouTube removed 300 of Donald Trump’s reelection videos without giving a reason.

A more recent incident occurred when Facebook and its related company, Instagram, deleted the account of the mother of Lance Corporal Kareem Nikoui. She had posted a harsh statement to President Biden stating that her son’s blood was on the President’s hands because of the botched retreat from Afghanistan.

Facebook and Instagram eventually issued an apology and reinstated the grieving mother’s accounts, but still banned the statement.

One of the reasons for our Convention of States Action is to curb the federal government’s overreach in matters of the individual states. If we do not take action soon, large tech companies could merge with Washington, D.C. Once this is complete, it will be easy to institute a behavior system, much like communist China.

Why , when so much is written about the controlling aspects of Face Book and Twitter, are they offered as a means to share the article. I avoid using the two mentioned, as a protest against their actions, and only use email as my means of sharing. The facility to use email in not available on this site. Just curious.

Nope. Wrong. If you click the share bar above every article, you will find some 40+ places that articles can be shared, including by email.

You can also email all articles to yourself, and then share them that way. That is what I do because I have been banned off face book which is fine. Face book will not let you share truth!

Because the technocrats will soon own everything and we’ll have nothing. But if it were just a matter of having all those crazy, hateful leftists shun me I’d be happy and consider that a plus. The best we can hope for is to break apart from the stupids and form private, self sustaining citadels and communes to ward off the inevitable encroachment of an unending nightmare. The technocrats will try to round us up, but if enough citadels form it will require time and effort. I am already washed up and don’t have long to live and had given up… Read more »

WHEN THE GOVERNMENT BECOMES A ENEMY OF THE PEOPLE IT IS THE PEOPLES RIGHT TO BRING SAID GOVERNMENT DOWN. IT IS A MUST, NO PUTTING IT OFF, AFTER THE GOVERNMENT LETS KEEP GOINH TO ALL THE FISHES IN THE SEA… FREEDOMMMM!!!!!

Trump is not your friend neither here bc is also an ‘have’ and an puppet or do we think that the vaccines or great for our health bc trump did say it to his people to take the vaccine! Have heard it many times now…

Just saying bc is all a distraction also with that guy…