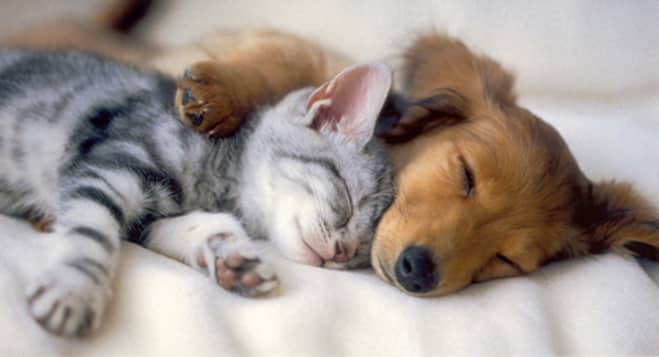 The religious mania of Sustainable Development has no limitations in telling you what you can and cannot do, own, eat and enjoy. This is the heartbeat of Technocracy, the ‘science of social engineering’. ⁃ TN Editor

When it comes to global warming, Fido and Fluffy are part of the problem, a new study by UCLA indicates.

Most cat or dog lovers would say they can’t imagine living in a world without pets, but as the threat of global warming increases, environmentally conscious pet lovers may need to make some tough choices, according to the study.

Pet ownership in the United States creates about 64 million tons of carbon dioxide a year, UCLA researchers found. That’s the equivalent of driving 13.6 million cars for a year. The problem lies with the meat-filled diets of kitties and pooches, according to the study by UCLA geography professor Gregory Okin.

Dogs and cats are responsible for 25 to 30 percent of the impacts of meat production in the United States, said Orkin. Compared to a plant-based diet, meat production “requires more energy, land and water and has greater environmental consequences in terms of erosion, pesticides and waste,” the study found.

And what goes in, must come out. In terms of waste, Okin noted, feeding pets also leads to about 5.1 million tons of feces every year, roughly equivalent to the total trash production of Massachusetts.

“Given the significant environmental impact of meat production, the contributions of our omnivorous and carnivorous pets deserve special attention,” according to Okin’s study, published in the journal PLOS ONE. “The U.S. has the largest population of pet dogs and cats globally, with an estimated 77.8 million dogs and 85.6 million cats in 2015.”

While previous studies have examined the impact of pet ownership on carbon use, water quality, disease and wildlife, Okin’s study delved into its impact on total U.S. energy and meat consumption and the environmental impact of that consumption.

“This analysis does not mean to imply that dog and cat ownership should be curtailed for environmental reasons, but neither should we view it as an unalloyed good,” Okin wrote in the study. “It is clear that a transition to pets that eat less meat, and therefore have less environmental impact, would reduce the overall U.S. consumption of meat.”

Okin’s report notes the social and emotional benefits of owning dogs and cats, insisting the study is intended to increase the awareness of the impact such pets have on the nation’s meat-production industry and its environmental effects.

As someone who used to feed dry kibble to my pets. but now feeds a raw meat based diet. I can attest to the fact that the “output” of a raw diet is next to nothing. as the food doesnt have added fillers and crap like kibble. which is what causes copious amounts of output.

A trait that has been recognized in the fledgling sociopath / psychopath; they begin with animals first and then move on to humans. This clearly demonstrates the moral and ethical character of those who have taken charge of humanity. “We must destroy all life in order to save it.” Satanic perversion indeed.

This has got to be a giant put on, con job. Guess who goes first, pets or these stupid scientists?? I am betting on the scientists, who have been proven wrong so many times, its not worth recounting all their screw-ups

Don’t animals eat meat regardless of whether they are domesticated or not?

Tis True” but what happens next… another technocrat ideal…15 million humans and no more if the planet is to survive…planet has been thru way worse than us humans, it WILL survive just without us human/viruses that we are…until then you can always eat the dog… I like cats (as pet not food)think I,ll try the raw meat diet mentioned

We just watch from Europe what’s going on in the US and the mind boggles very often ….