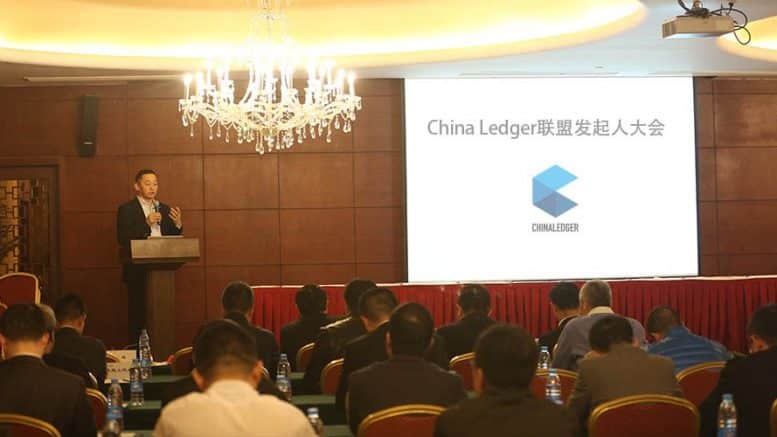 China is the purest expression of Technocracy on the planet, so it is little surprise that it is leading in implementing a digital blockchain technology to run its governance operation. Central banks around the world are already studying blockchain technology for ways to gain greater dominance over citizens. ⁃ TN Editor

China, the world’s largest economy, reported a GDP of over RMB 70 trillion (approx. USD $10.4 trillion) in 2016, an achievement that is closely associated with the centralized political system of China. In response to the call from the Chinese government for “mass entrepreneurship and innovation,” more than 4,000 enterprises are established daily (source from UHY International), the majority of which are hi-tech firms. It’s fair to say that the openness and far-reaching vision of the Chinese government is the driving force behind its sustained economic development.

The Chinese government has attached great importance to the emerging blockchain industry and listed it in the “Thirteenth Five-Year” National Informatization Plan (the macro-economic plan of the Chinese government, which has been in implementation since the founding of the People’s Republic of China in 1949 and is revised every five years). Meanwhile, several provincial and local governments have promulgated relevant policies in support of blockchain enterprises. Several major cities including Hangzhou and Chengdu have set up blockchain industrial parks, and many government agencies have set up blockchain R&D teams, showing that governments at various levels have high hopes for the development of blockchain technology.

Today, a piece of news concerning China’s finance and taxation enterprises has stirred up the global blockchain community (http://www.miaocaiwang.com/?do=article&id=2897):

Miaocai Network (miaocaiwang.com), an emerging electronic taxation enterprise and electronic invoice and taxation system operator certified by the State Administration of Taxation serving Chinese enterprises, organizations, and individuals, has established an Internet-based finance and taxation service platform and exchange that generates finance and tax data information and data streams. Serving as an important link in the National economic data security system, Miaocai Network announced on its official website that it will join forces with the “government affairs chain GACHAIN” to launch a GACHAIN-based tax electronic invoice system and social tax-collecting services.

Chairman of Miaocai Network, Jie Du, said in an interview:

“China’s tax collecting procedures feature slow tax reporting times and insufficient coordination. By making use of the unrivaled advantages of blockchain technology, together with the GACHAIN team, we are integrating core finance and tax business (such as social tax collection and electronic invoices) into GACHAIN, and by taking advantage of GACHAIN’s ability to regulate, trace back, and circulate documents easily, prevent falsification, high rate of concurrency, and external interface benefits, we can cover the entire process workflow from electronic invoice generation through the end of the process without increasing costs for those involved. Our corporate clients, while enjoying the benefits of streamlined processes and ease of use, simultaneously go through the tax reporting process, and taxation authorities can monitor the route of every electronic invoice in real time. The public can also check the validity of every document, thus simplifying the entire business process, increasing convenience and transparency, and putting a curb on invoice-related problems.”

In 2016, China reported a tax revenue of RMB 16 trillion (approx. USD $2.4 trillion), ranking no. 2 in the world (the USA topped the list with approx. USD $6.5 trillion). Tax evasion can be prevented by applying blockchain technology to tax collection and electronic invoices. Online stores of China’s e-commerce powerhouses such as Taobao (taobao.com), Tmall (tmall.com) and WeChat still have not been incorporated into China’s taxation system to date. Once blockchain technology realizes the ability for electronic invoices and tax agents, the aforementioned online stores will then be subject to taxation, contributing to a huge sum in tax revenue.

Shenzhen ChainHold Technology Investment CO., Ltd., a blockchain tech firm with international influence and widespread cooperation with research institutes both at home and abroad, is developing GACHAIN. It has test-run a network and is expected to launch v0.01 in October of this year.

“The difference between GACHAIN and existing blockchains lies in its unique algorithm of Smart Law, which migrates existing policies, laws, and regulations to GACHAIN and has a hierarchy of administration. All smart contracts are administered within the framework of Smart Law and developed separately in accordance with the needs of government bodies. The business of the government bodies is handled separately as part of an integrated organism. It’s safe to say that GACHAIN is a sovereign blockchain that puts the decision making and regulatory rights into the hands of the government, meanwhile enabling every citizen to control his digital assets in GACHAIN. This will facilitate Chinese government control over blockchain projects and ICO.”

In regards to blockchain’s feature of complete decentralization, which has been lauded by anarchists, Lin Wan said:

“Existing blockchain projects are disconnected from reality, and how to link the blockchain network to reality is an issue for deep consideration. I think that the key is to have government bodies acknowledge what’s in the blockchain, such as copyright ownership, the attributes of business organs, and property transactions, but with the prerequisite that they must conform to laws and regulations. When these two points are fulfilled, the blockchain and real world can be linked seamlessly. GACHAIN is designed and developed with this concept in mind. In other words, GACHAIN is – Blockchainn as Government Affairs. But meanwhile, GACHAIN has the attributes of decentralization, where smart contracts can be compiled, and one can protect his digital assets from being stolen by any organization of power and issue ICO. Of course, ICO must be approved by the regulatory body in GACHAIN.”

The design of GACHAIN is no doubt a trail blazer for effectively linking the real world with the blockchain community.

All in all, at a time when the Chinese government is pushing forward the development of the blockchain technology and industry, it’s no doubt a bold effort for the taxation authorities, one of the most important departments in the country, to experiment with using blockchain technology in social tax collection and electronic invoice issuance. While applauding the Chinese government’s efforts, we sincerely hope that this step will become a real breakthrough in the blockchain industry.