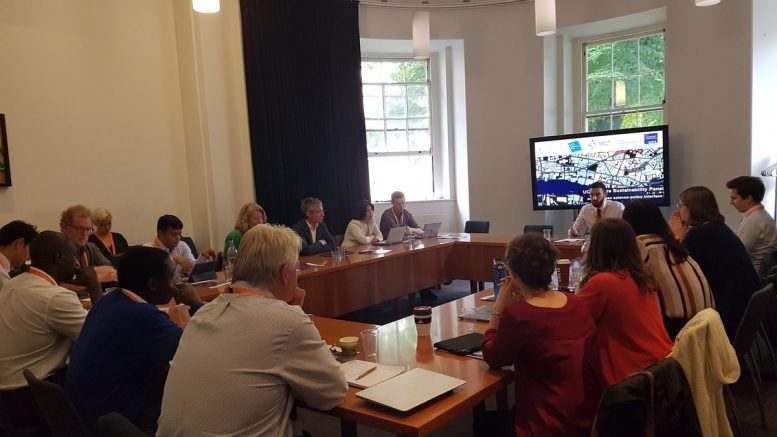 Since ‘data-driven’ is the globalist mantra, extra attention will be given to data and how to standardize data sets across borders and cultures. Technocrats never have enough data because they believe that social engineering is perfected only by total data collection. ⁃ TN Editor

As the euphoria from last year’s Habitat III conference on sustainable urbanization dissipates and global attentions turn to other pressing matters, it is urgent that the urban communities — of policy, practice and research — not lose the momentum and messaging that cities are essential to a sustainable future.

However, there are dangerous signs that the groundswell of support for cities in global policymaking may already be stalling. For instance, there is still no consensus on the interface between the Sustainable Development Goals (SDGs) and other multilateral agreements dealing with cities and territorial systems, including the New Urban Agenda that was endorsed at Habitat III.

Likewise, we still do not have an established “science-policy interface” that gives a formal platform for urban scholars to engage formal policy processes like those elsewhere across the United Nations. For instance, the climate community has an Intergovernmental Panel for Climate Change (IPCC), biodiversity has its analogue (IPBES), and key interdisciplinary U. N. themes such as water or energy even have their own linchpin inter-agency bodies (UN-Water and UN-Energy).

What these structures allow, in various forms, is a formal role for science and interface with policy creating a channel for scholarly knowledge in multilateral affairs. Cities, on the contrary, lack not only a clear global agency but also any dedicated mechanism with which to engage the United Nations.