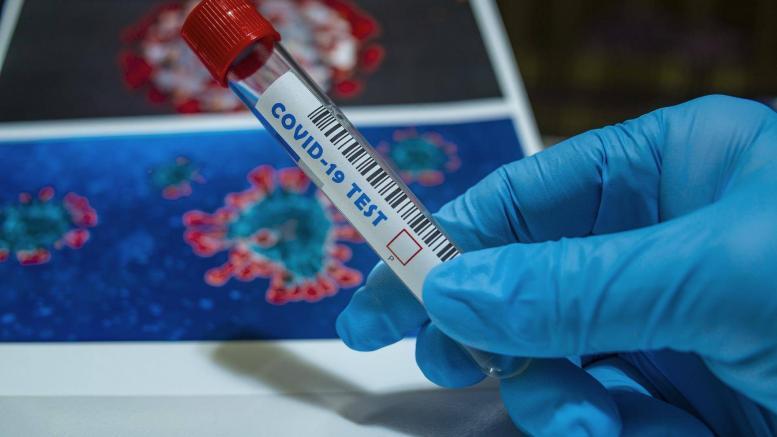 Please Share This Story!
PDF 📄
What you thought was private information because you signed a HIPAA agreement before consenting to the test, could nonetheless end up public or private hands without your knowledge… like law enforcement, first responders, etc. ⁃ TN Editor

More than 11 million people have been tested in the U.S. for COVID-19, all with the assurance that their private medical information would remain protected and undisclosed.

Yet, public officials in at least two-thirds of states are sharing the addresses of people who tested positive with first responders — from police officers to firefighters to EMTs. An Associated Press review found that at least 10 of those states also share the patients’ names.

First responders argue the information is vital to helping them take extra precautions to avoid contracting and spreading the coronavirus.

But civil liberty and community activists have expressed concerns of potential profiling in African-American and Hispanic communities that already have an uneasy relationship with law enforcement. Some envision the data being forwarded to immigration officials.

“The information could actually have a chilling effect that keeps those already distrustful of the government from taking the COVID-19 test and possibly accelerate the spread of the disease,” the Tennessee Black Caucus said in a statement.

Sharing the information does not violate medical privacy laws, according to guidance issued by the U.S. Department of Health and Human Services. But many members of minority communities are employed in industries that require them to show up to work every day, making them more susceptible to the virus — and most in need of the test.

In Tennessee, the issue has sparked criticism from both Republican and Democratic lawmakers, who only became aware of the data sharing earlier this month.

The process is simple: State and local health departments keep track of who has received a test in their region and then provide the information to dispatch centers. The AP review shows that happens in at least 35 states that share the addresses of those who tested positive.

At least 10 states go further and also share the names: Colorado, Iowa, Louisiana, Nevada, New Hampshire, New Jersey, North Dakota, Ohio, South Dakota and Tennessee. Wisconsin did so briefly but stopped earlier this month. There have been 287,481 positive cases in those states, mostly in New Jersey.

“We should question why the information needs to be provided to law enforcement, whether there is that danger of misuse,” said Thomas Saenz, president of the Mexican American Legal Defense and Educational Fund.

He said law enforcement agencies should provide assurances that the information won’t be turned over to the federal government, noting the Trump administration’s demands that local governments cooperate with immigration authorities.

Law enforcement officials say they have long been entrusted with confidential information — such as social security numbers and criminal history. The COVID-19 information is just a continuation of that trend.

According to the national Fraternal Order of Police, more than 100 police officers in the United States have died from the coronavirus. Hundreds more have tested positive, resulting in staffing crunches.

Not surprised at this point. The frog in the kettle approach is being replaced by a “vessels in a kiln approach”. Its just crazy to see society in such a state of fear. I guess that’s the nature of psychological warfare. People will beg to be enslaved.

I’m a little late in catching up on my emails. I have to wonder how accurate the covid19 tests really are. I’ve heard of false negatives and false positives. I can see an agenda unfolding where test results are faked to label positives as negatives and negatives as positives. That could already be occurring. Probably has and is. People have been lied to about everything else. I see no reason to exempt covid19 from the dustbin of lies. It seems benevolent to share cv19 tests results with law enforcement and first responders. Everything else about our personal lives is shared… Read more »