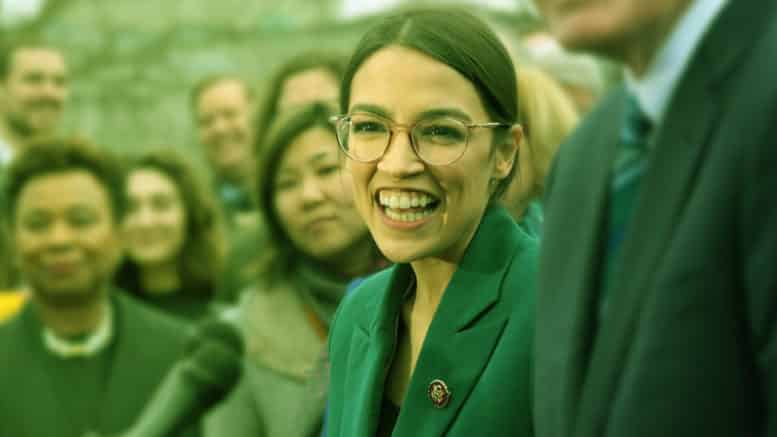 Please Share This Story!
PDF 📄
The Green New Deal exposes the ultra-radical nature of UN policies of Sustainable Development. The UN is sworn to overthrow Capitalism and Free Enterprise, and it using global warming as a battering ram. ⁃ TN Editor

.It is not “new,” it is not “green” other than in name, and it is not a “deal.” In other words, it is a technocrat’s delight because it revisits and resuscitates their goal of total government control without appearing to do so. Proponents of the original idea that humans were causing global warming are losing the war one battle at a time. They did what they always do. Ignore the evidence and move the goalposts. That is what they are doing with the New Green Deal. It is the same use of false or deliberately created science to convince people that they can save them from the sky falling. Chicken Little reappears as Big Turkey.

The last major example occurred in 2004. From 1998 onward CO2 levels continued to increase, but temperatures stopped increasing. This completely contradicted their major assumption and brought them face-to-face with Thomas Huxley’s (1825 – 1895) observation that,

The great tragedy of science – the slaying of a beautiful hypothesis by an ugly fact.

The emails leaked from the Climatic Research Unit (CRU) disclosed that instead of revisiting the science they changed the name from global warming to climate change. This clever but deceitful move allowed them to avoid any evidence that contradicted their hypothesis by removing the hypothesis. It also allowed them to identify any weather event as support for their claims of human interference.

From its emergence onto the world stage in 1988 the claim of human-caused global warming (AGW) was a front for the need for not only local government control, but an over-arching one-world government. Elaine Dewar summarized the goal of Maurice Strong, the architect of Agenda 21 and its subsidiary the Intergovernmental Panel on Climate Change (IPCC), as follows.

Strong was using the U.N. as a platform to sell a global environment crisis and the Global Governance Agenda.

A major piece in the platform was the creation of a global threat. It must be global to transcend national boundaries, so they could argue that no one nation could cope. They produced the major piece through the artificial construct of global warming.

It began at the 1988 US Joint Congressional Hearing when James Hansen falsely testified that he was 99% certain that humans were the cause. That was not true then, and it is not true now, but it continues as a justification for the New Green Deal. The person who organized that Hearing was former Senator Timothy Wirth. I say, former Senator because after one term he resigned and took an appointment as President of the United Nations Foundation. This organization was created from a 1998 $1 billion gift from media mogul Ted Turner. He is listed as a member of the Club of Rome along with George Soros and Wirth.

I will not dissect the New Green Deal here because it so wrong it requires a book, but it is sufficient to show the scientific inaccuracies underlying just one portion. The plan is to eliminate North American cattle because they produce methane, a greenhouse gas. Methane is 0.36% of all the greenhouse gases and only 0.000179% of total atmospheric gases. There are approximately 85 million cows in North America, but if Alexandria Ocasio-Cortez (AOC) is serious why not eliminate the 200 million cows roaming the streets of India? Why not stop the re-introduction of Bison in North America? 150 years ago, there were an estimated 65 million producing methane. If you want to use science, then deal with variables on both sides of the formula, not just the ones that fit your political agenda.

The insanity of the New Green Deal is in the persistent attempts to do what consistently fails. Every country that tried a “green agenda” failed miserably and abandoned or is in the process of abandoning it.

The insanity includes crippling at best or destroying at worst your economy because of those countries that are forging ahead with development using fossil fuels. It is reasonable to assume that AOC and her supporters are concerned about the poor and politically handcuffed citizens. Look at any country that tried a green agenda and you see that the rich got richer and the poor became poorer. It is a classic Communist Manifesto that appears good on paper but creates exactly the opposite results. In Britain, for example, the government subsidies of alternative green energy resulted in a transfer of wealth from poor to rich. It also resulted, as one report showed, that Consumers ”Grossly Overpaying” for Electricity. 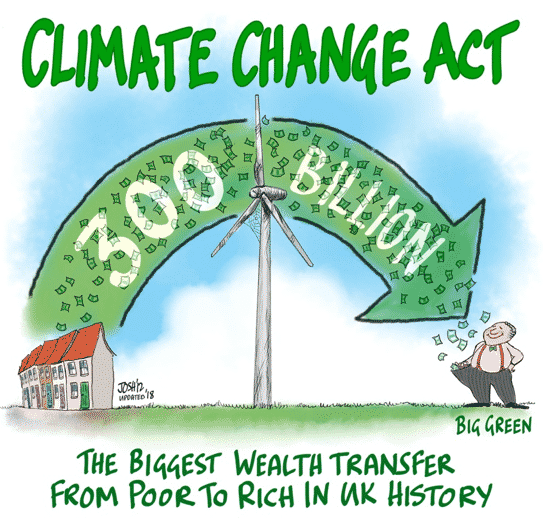 Dr. Ball was one of the earliest who saw through the socialist UN climate scam. And one of the ones who understand it best! Check out his website – you won’t be disappointed. drtimball.ca/