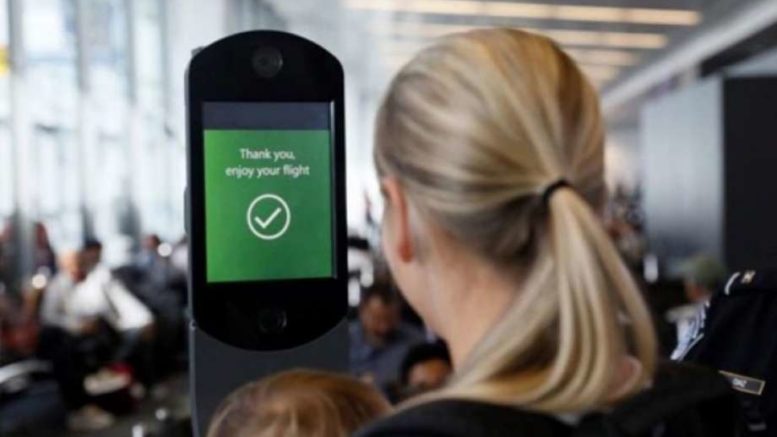 TN has stated for years that intel agencies have gone rogue when forcing surveillance outside of legislative control or even advice and consent. They are building a comprehensive national biometric database of all citizens. ⁃ TN Editor

In March 2017, President Trump issued an executive order expediting the deployment of biometric verification of the identities of all travelers crossing US borders. That mandate stipulates facial recognition identification for “100 percent of all international passengers,” including American citizens, in the top 20 US airports by 2021. Now, the United States Department of Homeland Security is rushing to get those systems up and running at airports across the country. But it’s doing so in the absence of proper vetting, regulatory safeguards, and what some privacy advocates argue is in defiance of the law.

According to 346 pages of documents obtained by the nonprofit research organization Electronic Privacy Information Center — shared exclusively with BuzzFeed News and made public on Monday as part of Sunshine Week — US Customs and Border Protection is scrambling to implement this “biometric entry-exit system,” with the goal of using facial recognition technology on travelers aboard 16,300 flights per week — or more than 100 million passengers traveling on international flights out of the United States — in as little as two years, to meet Trump’s accelerated timeline for a biometric system that had initially been signed into law by the Obama administration. This, despite questionable biometric confirmation rates and few, if any, legal guardrails.

These same documents state — explicitly — that there were no limits on how partnering airlines can use this facial recognition data. CBP did not answer specific questions about whether there are any guidelines for how other technology companies involved in processing the data can potentially also use it. It was only during a data privacy meeting last December that CBP made a sharp turn and limited participating companies from using this data. But it is unclear to what extent it has enforced this new rule. CBP did not explain what its current policies around data sharing of biometric information with participating companies and third-party firms are, but it did say that the agency “retains photos … for up to 14 days” of non-US citizens departing the country, for “evaluation of the technology” and “assurance of the accuracy of the algorithms” — which implies such photos might be used for further training of its facial matching AI.

“CBP is solving a security challenge by adding a convenience for travelers,” a spokesperson said in an emailed response to a detailed list of questions from BuzzFeed News. “By partnering with airports and airlines to provide a secure stand-alone system that works quickly and reliably, which they will integrate into their boarding process, CBP does not have to rebuild everything from the ground up as we drive innovation across the travel experience.”

The documents also suggest that CBP skipped portions of a critical “rulemaking process,” which requires the agency to solicit public feedback before adopting technology intended to be broadly used on civilians, something privacy advocates back up. This is worrisome because — beyond its privacy, surveillance, and free speech implications — facial recognition technology is currently troubled by issues of inaccuracy and bias. Last summer, the American Civil Liberties Union reported that Amazon’s facial recognition technology falsely matched 28 members of Congress with arrest mugshots. These false matches were disproportionately people of color.

“I think it’s important to note what the use of facial recognition [in airports] means for American citizens,” Jeramie Scott, director of EPIC’s Domestic Surveillance Project, told BuzzFeed News in an interview. “It means the government, without consulting the public, a requirement by Congress, or consent from any individual, is using facial recognition to create a digital ID of millions of Americans.”

“CBP took images from the State Department that were submitted to obtain a passport and decided to use them to track travelers in and out of the country,” Scott said.