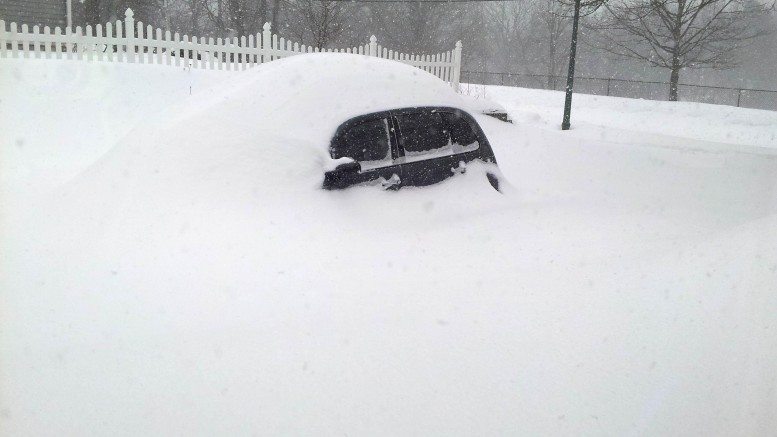 There is a theory about snow in Siberia during the month of October: If there is a lot, it can mean a particularly wicked winter in the northeast United States.

Last month, Siberia experienced record snowfall and the worst blizzard in a decade.

Above-average snow cover in Siberia is believed to affect the now-famous polar vortex and send bitterly cold temperatures to the Northeast. This happens when the Arctic Oscillation, a climate pattern, shifts.

When its winds are strong, the Arctic Oscillation keeps a tight hold on temperatures swirling around the North Pole. When it becomes weakened, or what meteorologists call “negative,” it allows arctic air masses to creep into the mid-latitudes.

Above-average Siberian snow cover points to a negative oscillation pattern. But not always. And it is especially not certain that will happen this winter. Myriad factors, not the least of which is the strong El Niño being experienced globally, come into play.

This is worrisome for the future, the distant future. It is possible that the last period of glaciation started with a phenomenon similar to today’s global warming. That is the warming of the Earth started increased snowfall in the northern latitudes with more snow falling in winters than melted in summers which caused glaciers to form and to push South. The glaciation period was a singular catastrophe for emerging humanity. Since so much water was tied up in the glaciers whatever civilization started in the Nile Valley came to a halt as the Nile flooding which had produced so much… Read more »